Everyone is terrible and nothing will ever get better: The garbage fire of a saga that is Hillary vs. the press

The Clinton-press feud isn't going away, and both sides are insufferable. All we can do is make jokes about it 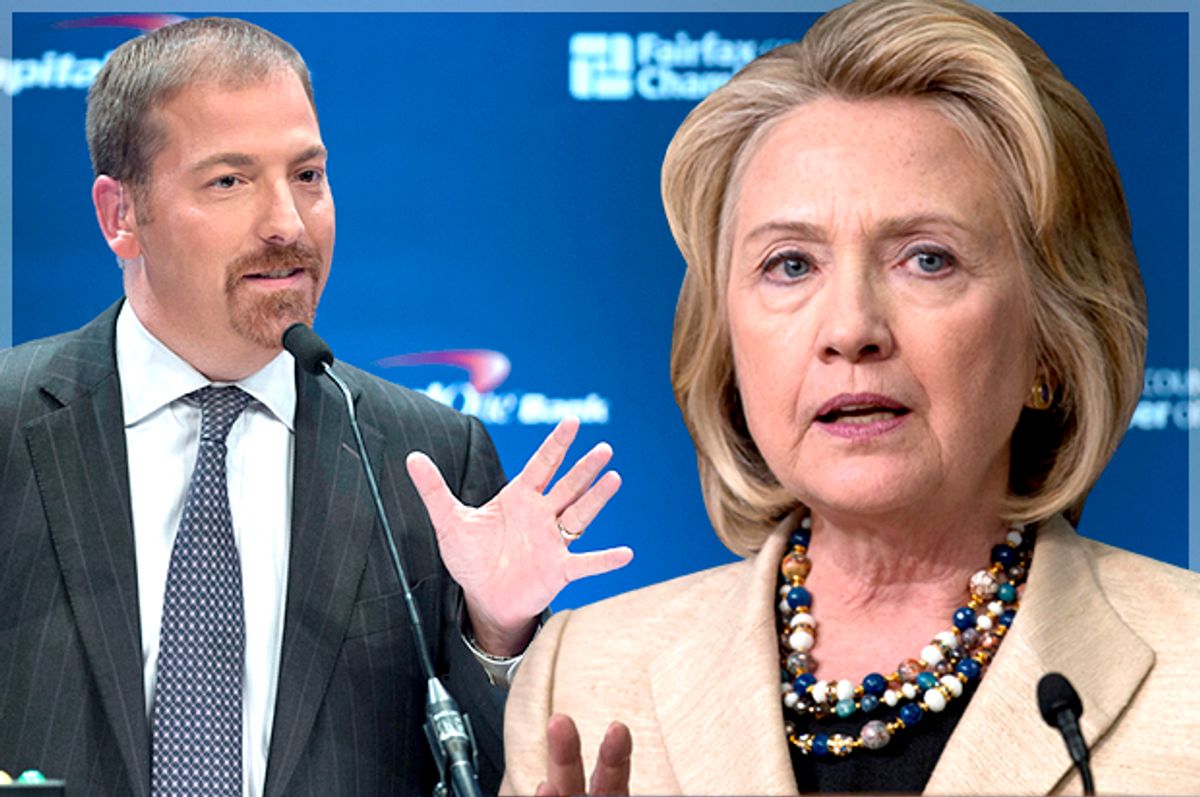 This is true of the relationship between most major politicians and the press, but it reaches comical new frontiers of mutual trolling when Hillary Clinton is involved. It will never change, either, no matter how many off-the-record griping sessions reporters have with Clinton campaign officials to "clear the air." The air will never be cleared. The air will be filled with perpetual warfare, waged between the cynical and the savvy, each inexplicably laying claim to the mantle of righteousness.

It would be more respectable if the Clinton campaign directly attributed its sharp limitation of press access by saying, "Well, that's because we don't like the political press." Because who does like the political press? I certainly don't, and I'm part of it. We're a nonsense industry largely comprised of liars, frauds, and assorted other moral invalids; garbage rats soaked in bathtub grain alcohol. If Hillary Clinton's campaign released a plan to imprison the political press corps in Gitmo forever, she'd get a solid five to seven point poll bump.

And yet, if this talking point from former Obama comms guy Dan Pfeiffer is any indication, the Clinton team will try retroactively to use this excuse for not having talked to the press very much:

Hillary Clinton has formally declared her candidacy. She announced that she's running for president in an April video. She has filed her paperwork with the FEC. She has been making policy speeches and meeting with (well-curated) small groups of voters in early states. Now that Pfeiffer is arguing, against all evidence, that she "hasn't even formally announced yet," that means we've all fallen into a little trap by referring to the upcoming Roosevelt Island event as her "official launch." Let's call it her "first rally" from now on, because her campaign has been "officially launched" for nearly two months, and during that time she has barely spoken to the political press corps.

Now, on to the political press corps: what do they do with the information that they are given? The Clinton campaign announced earlier this week that it would hold its first rally on Roosevelt Island in New York City. Time to bitch about how inaccessible Roosevelt Island is! NBC News' Luke Russert tweeted that the island is "only accessible by tram, subway and bridge from Long Island City." Only three ways to get there, folks. What is with these Clintons?

Meanwhile, no less a figure than "Meet the Press" host Chuck Todd, who is supposed to be the sage political mind at NBC News, shared this extraordinarily asinine commentary Tuesday morning:

Team Clinton announced yesterday that her "official campaign launch" will be held at Franklin D. Roosevelt Four Freedoms Park in New York City on June 13. Between a campaign office in Brooklyn and a launch on Roosevelt Island, she's certainly all-in on New York. We have some pause about this geographic strategy. Too much NYC can turn off Midwestern voters. And, like it or not, by wrapping her arms around the Roosevelts, she's all-in on the dynasty issue too. As our sister publication The Lid wrote yesterday, the big speech could give her a chance to turn the page on any negative coverage from her "low-key" rollout. And the locale is somewhat of an unexpected choice, given all the speculation that - if she was to choose New York for the launch - she'd have opted to make her backdrop Seneca Falls or the Susan B. Anthony house in Rochester. Those picks would have been an explicit nod to the glass ceiling argument. Instead, she's pointing to the duo of Franklin and Eleanor Roosevelt as a model. It's historically ambitious. Obviously, many a Democrat would love Roosevelt comparisons, but can a campaign be too ham handed about grasping for the comparison?

Is Hillary Clinton, the former senator from New York, who lives in New York, succumbing off the dangerous optics by headquartering her campaign in New York and having a rally there? Will she offend virtuous Iowans by "hugging" the largest city in the country? Speaking of hugging: what in God's name is she thinking wrapping her arms around FDR, the most popular and effective politician of the last century? So now she's thinks she's FDR, ehh? What a grandiose monster. Also, ha ha, "given all the speculation that - if she was to choose New York for the launch - she'd have opted to make her backdrop Seneca Falls or the Susan B. Anthony house in Rochester." Is she also in trouble for not choosing the site that Chuck Todd and his staffers bet she'd pick?

This bizarre rant about how Hillary Clinton has screwed herself by picking a nice venue in New York City to hold her first rally, amazingly enough, follows this warning that Todd telegraphs to the Clinton campaign:

If the media feels as if Clinton has the attitude that her campaign is above press accountability, the coverage is going to reflect that. And by the way, this isn't just about playing nice with reporters and bringing donuts to the back of the campaign bus. It's about treating the process with respect.