Fox News' creepy fixation: Why are they so obsessed with spying on girls?

Mike Huckabee isn't the first to "joke" that he would spy on teen girls if he could. Terrible minds think alike? 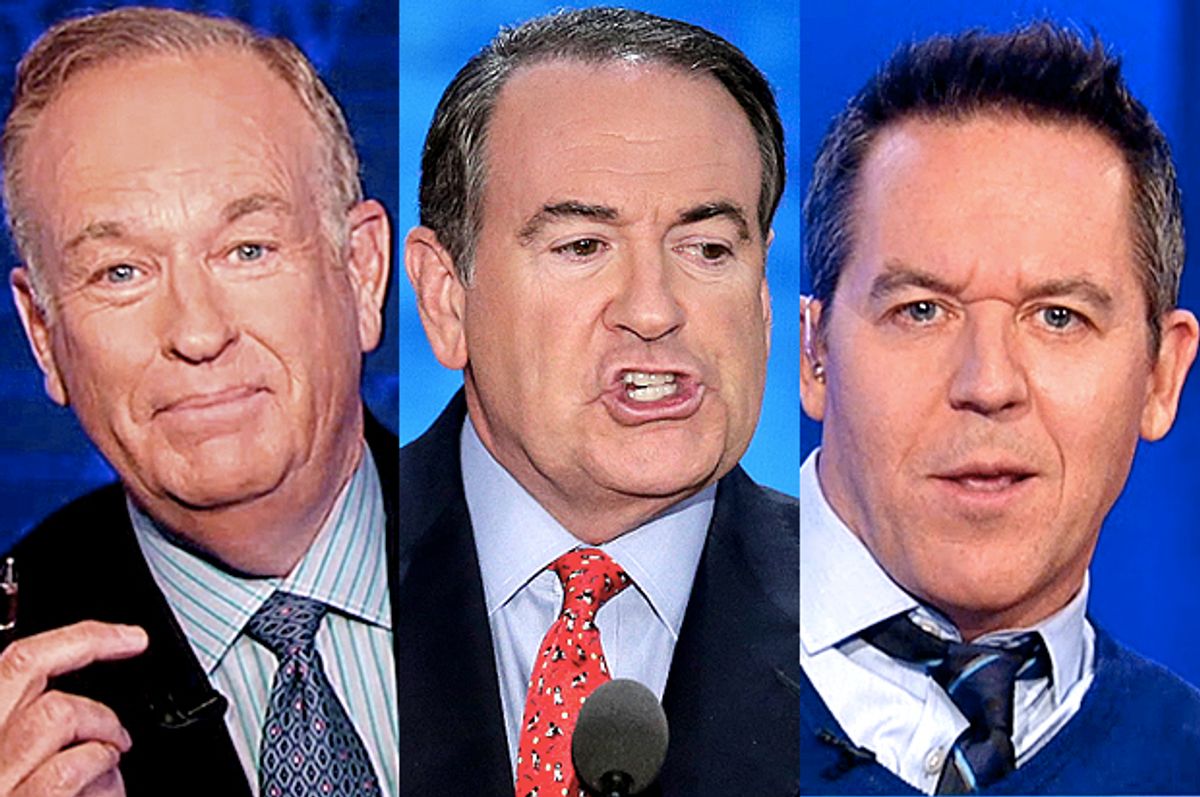 Former Arkansas governor and Republican presidential contender Mike Huckabee doesn’t approve of laws that ensure trans people can safely use the bathroom. In comments he made back in February, circulated this week by BuzzFeed, Huckabee told a crowd that prohibiting discrimination in public restrooms is a “threat.”

“For those who do not think that we are under threat,” he said, “simply recognize that the fact that we are now in city after city watching ordinances say that your seven-year-old daughter, if she goes into the restroom cannot be offended and you can’t be offended if she’s greeted there by a 42-year-old man who feels more like a woman than he does a man.”

He then went on to say:

Now I wish that someone told me that when I was in high school that I could have felt like a woman when it came time to take showers in PE. I’m pretty sure that I would have found my feminine side and said, ‘Coach, I think I'd rather shower with the girls today.'

The line about spying on naked teens got a good chuckle from the crowd at the National Religious Broadcasters Convention.

But if the former Fox Newsman's joke sounds kind of familiar, that's because it's pretty popular among a certain crowd of men in conservative media. Huckabee isn't the first person to use the subject of trans rights as an opportunity to say they would spy on teenage girls in the locker room.

Fox News host Bill O’Reilly called a California law that protects trans students’ right to play on sports teams and use facilities that correspond to their gender “the biggest con in the world,” He also said that if the law had existed when he was a teenager, “I would have been on every… California, man. If I come back and I am reincarnated… and I’m a teenager? Bang… I’m out to California.”

Greg Gutfeld, also a Fox News host, commented on the same California law by suggesting he also would have used it to spy on girls: "As a devious teen growing up, I would tell girls that I'm a girl trapped in a boy's body, just so I could sneak into the girls' bathroom. In fact, I do that now at Fox News... Gretchen Carlson threw me out of the bathroom just last week."

Pastor Jack Hibbs, a conservative radio host who has also appeared on Fox News, didn't say he would use laws protecting trans people’s rights as an excuse to spy on teenage girls, only that he believed others would. “Every boy is going to try to sneak a peek," he said in conversation with Brad Dacus of the Pacific Justice Institute, the organization that fought California's trans rights law and opposes similar measures elsewhere.

The claim that there is any correlation between laws prohibiting discrimination in public facilities and predatory behavior has been repeatedly debunked. The Los Angeles Unified School District has had a policy in place to ensure equal access to facilities for all students for more than a decade without a single case of the kind of sexual harassment described by Huckabee and O'Reilly.

The record isn't quite so clean for certain conservative media types.