Sean Hannity brought on the Mayor of 9/11 to explain it to him, but to no avail 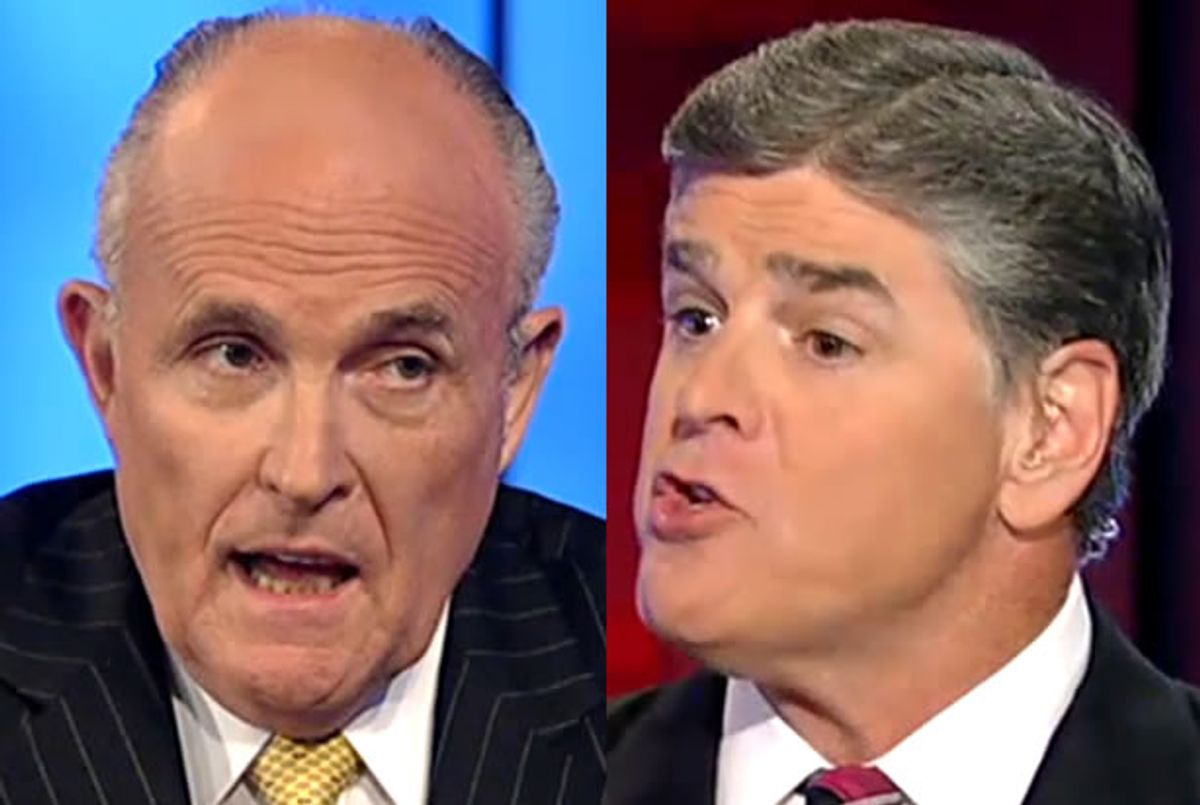 On Tuesday night's episode of "Hannity," Fox News continued to grapple with what is, to it, the inexplicable fact that according to two recent polls the rest of the world respects America more now than it did when George W. Bush was president.

Former New York City Mayor Rudy Giuliani anecdotally refuted the polling numbers by both firms, saying that he's been to "at least 26 countries in the past two years," and "I would say that, without contradiction, America is less respected." Despite offering a comparative sentence structure, however, Giuliani didn't indicate what America was less respected than.

Not that that stopped him, mind you, as Giuliani told Hannity that anonymous, high-ranking officials in Sudan and Jordan told him that "with Obama as president, America is out of the equation." He did not, however, indicate what that equation was intended to solve, he merely asked "That's respect?"

Giuliani compared Iran to a cheating poker player that, for whatever reason, Obama insisted on engaging as if he played clean. "I don't want that guy negotiating for me," Giuliani said, and Hannity agreed, asking how the administration could ever trust a county that would fight a proxy war.

Hannity shifted gears and asked about the Patriot Act and Rand Paul, who he said has been "demonized" by many Republicans. He played a clip from his radio program in which he asked one of the Act's architects, Wisconsin Representative Jim Sensenbrenner, whether "it's fair to say that every American's phone has been tapped? That every American has had confidential information intercepted by the government?"

Rep. Sensenbrenner answered "yes" to both questions, and all Hannity could say is that he was "stunned." He asked Giuliani how he felt about the Sensenbrenner's claim that not a single American life has been saved on account of this massively intrusive privacy breach, but all the Mayor of 9/11 could say is "that's his opinion, he's the author, but he's only one person."