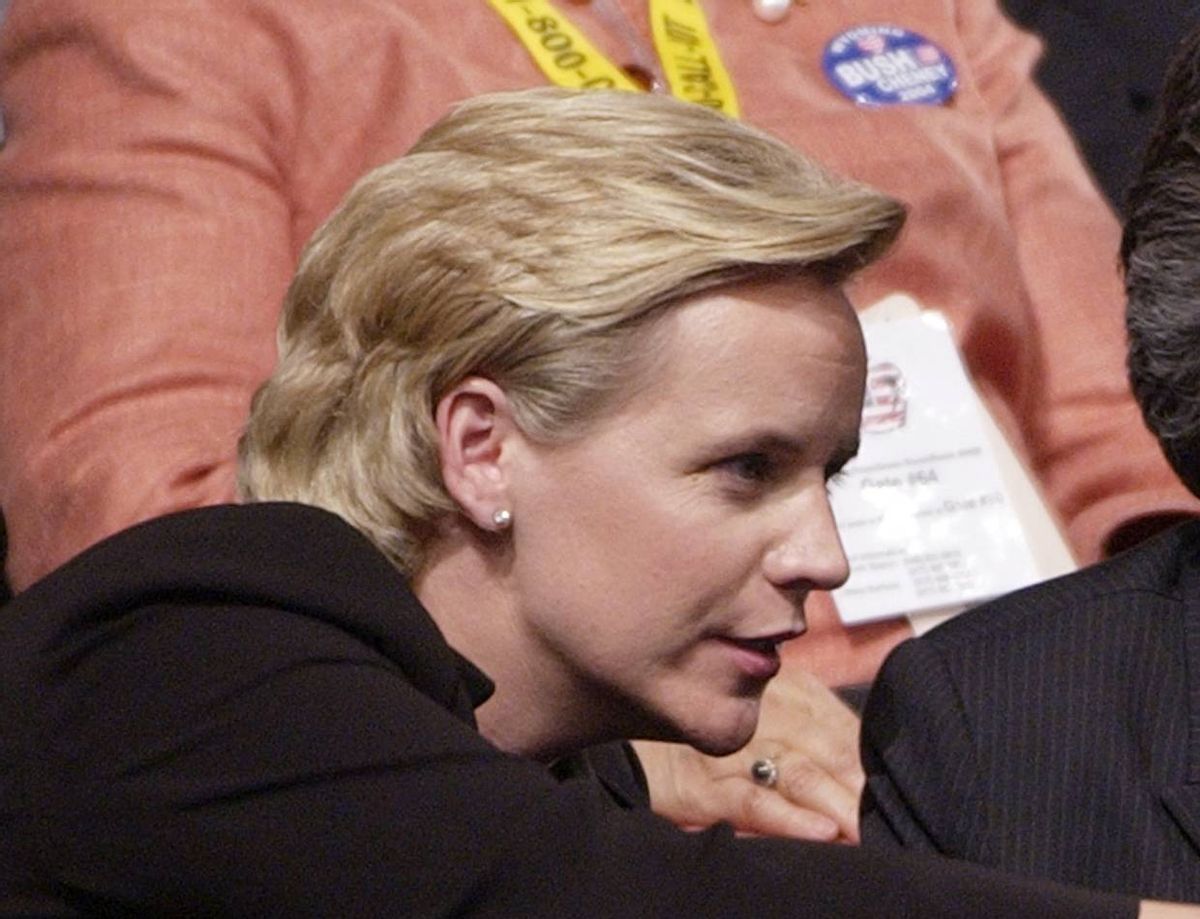 Mary Cheney, a political consultant and daughter of former vice president Dick Cheney, has long stood boldly far away from the GOP party line on the issue of same-sex marriage. Instead, she has been a vocal advocate for marriage equality despite her otherwise politically conservative views, and seems to have accepted the break with the Republican base that comes with her support.

But in an editorial for Fox News this week, Cheney makes clear that she wants to join the Republican party in how it views marriage equality -- because she thinks it's time for the rest of the party to join her in embracing it. Criticizing Republicans who claim they oppose same-sex marriage as a way of defending "traditional" marriage, the conservative lays out a basic case for why the GOP would be best served by changing its attitude:

When talking about same sex marriage, these candidates regularly throw around phrases like religious freedom and religious liberty, warn that marriage equality will lead to the criminalization of Christianity or the downfall of the American family, and fret that our nation’s very future is at risk.

Let’s be clear. The fight over marriage equality isn’t about religious freedom or the criminalization of Christianity. States have regularly taken action to enact civil marriage with clear exemptions and protections for churches, synagogues and other religious entities. No matter what happens with same-sex marriage, that will not change.

Citing the overwhelming shift in public opinion in favor of marriage equality, Cheney also notes that GOP presidential candidates' general opposition to same-sex marriage is incongruous with other principles at the foundation of the Republican party -- namely, "support for individual liberty, personal responsibility and the belief that strong families are the corner stone of our society."

"Legalizing civil marriage for same-sex couples will ... increase relationship stability, strengthen families and provide legal protections for children growing up in same-sex families – all of which are goals in keeping with the principles of the Republican Party," Cheney writes. "For years I have listened while Republican candidates talked about the importance of family and the need for our country to support strong families. I whole-heartedly agree. We do need to support families, but that means supporting all families – regardless of which state they live in, how they look or how they are made."

Read the rest of Cheney's op-ed at Fox News.