This mile-long, floating device is taking on the ocean's plastic pollution

The brain child of a Dutch teen is setting out to clean up the Great Pacific Garbage Patch. Will it work? 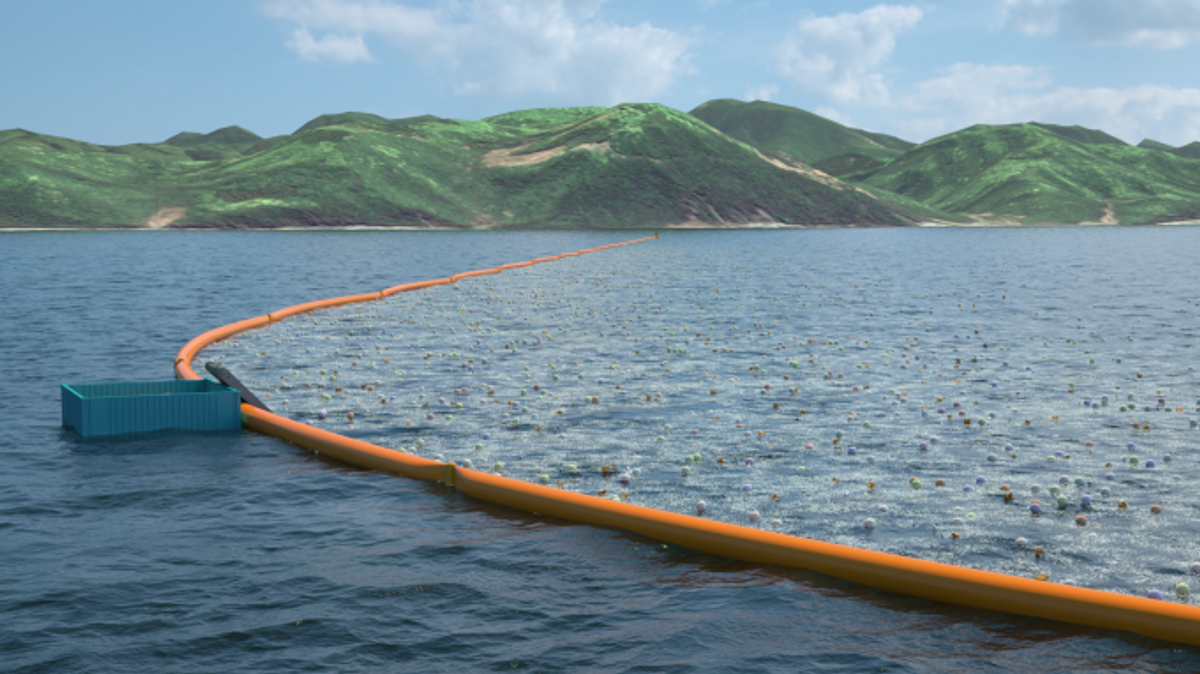 People seem really excited about the upcoming deployment about a new system created to clean up the ocean's floating plastic.

Judging from the headlines, that's in large part because it was invented by a child, now a 20-year-old man named Boyan Slat, who crowdfunded the effort and got a team of 100 scientists, engineers and designers to help him bring it to fruition. It's also jut a cool-looking, potential solution to a major problem that we hear about a lot, but are sort of helpless to counteract: we're dumping an estimated 8 million tons of plastic into the oceans every year.

Plus, according to a press release, it's going to be "the longest floating structure ever deployed in the ocean," at 6,500 feet.

It's called the Ocean Cleanup Array, and after a year spent studying its feasibility, it's set to hit the water in 2016. It's a giant, v-shaped structure designed to trap ocean trash that currents carry to it, while allowing marine life to pass through safely. The test spot will be off the coast of the Japanese island of Tsushima. “The reason we picked that location is because the current and wave conditions are very favorable for our tests, and there really is a lot of plastic,” Slat said, according to Al Jazeera. “The island where we performed the test sees 30,000 cubic meters of trash wash ashore per year.”

The ultimate plan, though, is to get these babies everywhere. According to the Ocean Cleanup Project, Slat's nonprofit, just one device alone has the potential to clear out 42 percent of the plastic floating in the Great Pacific Garbage Patch in ten years' time. In August, they're sending out 50 vessels to measure the plastic currently floating out there, which should, if nothing else, result in some fascinating data.

But critics are quick to point out that the array isn't going to be able to address what's by far the biggest form of ocean pollution: microplastics. The reason why we're unable to find the vast majority of the plastic we know must have ended up in the ocean is that much of it has broken down into tiny pieces. And even though we can't see them, microplastics pose huge problems: chemicals build up in them and, once ingested by fish, can potentially get into the food supply.

And cool tech aside, the fact remains that it's an imperfect solution to a problem we'd be best to prevent from occurring in the first place: once we produce plastic, no matter where it goes, it's not going to go away.