Sadly, Salon interviewing the city-thrashing monster on Sunday, before the honor was announced 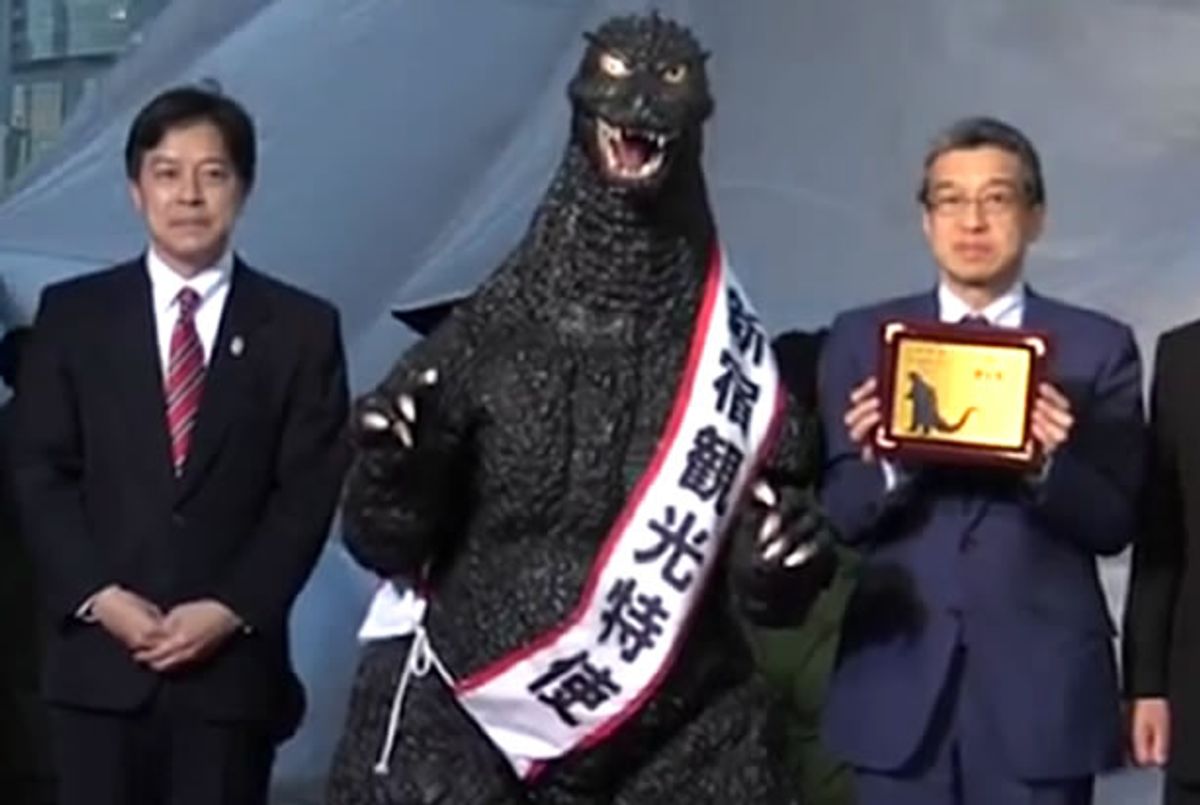 In what many will no doubt perceive as an attempt to appease the mighty beast, Tokyo's Shinjuku district granted official residency and ambassadorship status to Godzilla, Buzzfeed's Rachael Krishna reports.

Godzilla has been tasked with "promoting the entertainment of and watching over the Kabuki-cho neighborhood and drawing visitors from around the globe," and will be represented by a giant, smoke-breathing replica of his head that will sit atop the TOHO Building.

Salon actually spoke to Haruo Nakajima, Kenpachiro Satsuma, and Tsutomu Kitagawa -- three of the men who portrayed the iconic monster -- at the Dallas Comic Con on Sunday, and while we didn't discuss his impending citizenship, we did have a lively conversation about what it takes to inhabit the suit. We discussed what it means to "get in character" when doing so requires donning a suit that weighs as much as they do, and the pressure they were under to produce usable footage. After all, many of the models they destroyed took months to create, so most of the takes were of the first-and-only variety. When asked how he handled the stress of knowing that every take had to be perfect, Kitagawa -- who played Godzilla most recently -- said, "that's why my stomach always hurts."

Watch the entire panel discussion from the Dallas Comic Con below.