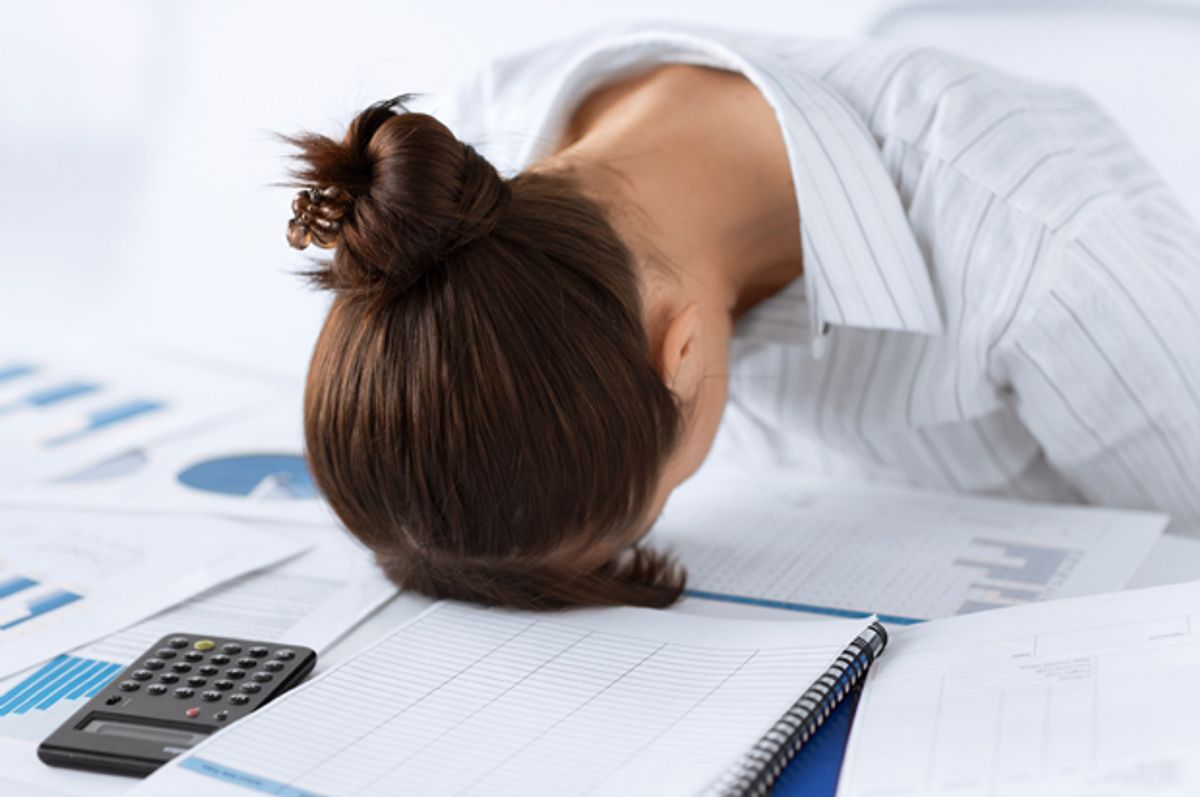 For many of the students who donned a mortarboard this graduation season, finding a full-time job straight out of school can feel like hitting the lottery. But with stalling wages and the average student's debt burden hovering around $30,000, landing a position in your field is no guarantee of financial stability -- particularly for young women.

The EPI report is a quick hit, and the numbers don't make distinctions for different majors and different jobs. But the American Association of University Women has been documenting the wage gap for people in their first year out of college, and those numbers are incredibly specific and point to similar issues.

Like the wage gap for workers at any point in their careers, the data on new grads is more complicated than a single number or percentage gap. A report from AAUW that used job data from 2009 found that women made an average of 82 cents to every dollar earned by the guys they graduated with, even though they had the same level of experience and education.

But let’s break that down a little bit more, because people love to fight about these numbers. The AAUW, like the Bureau of Labor Statistics, doesn’t just ask if the wage gap exists, it asks why it exists. Both attribute somewhere around one-third of the differences in men and women’s wages to discrimination. This is the amount that can’t be explained by things like education levels, different jobs or the number of hours worked.

But apply a little pressure to even those “neutral” differences -- the kind of things that wage gap skeptics tend to call choosing or self-selecting out of higher earnings -- and you can still see how gender plays a role.

Now, nobody is making women become English majors or forcing men to go into computer science. But this isn’t an ex nihilo phenomenon. Young girls are told early on that they suck at things like math and coding. (Remember the “Math class is tough!” Barbie of 1992? Well, computer engineer Barbie circa 2014 needs her friends Steve and Brian to write code.)

Nathan Ensmenger, an associate professor in the School of Informatics and Computing at Indiana University who was interviewed in a new documentary called “CODE: Debugging the Gender Gap,” calls this the “stories we tell about who belongs in the industry.” And it influences girls’ academic interests and hobbies, which dictates what kind of degree they’ll pursue once they hit college. Women earn 57 percent of the college degrees in the United States, but only account for 18 percent of the people getting degrees in computer science computer science.

Women’s career prospects in fields like tech and business also loom large in making decisions about majors. It’s hard to feel motivated to enter a profession where you’re probably going to get treated like shit. And, particularly over the last few years, we’ve learned a whole lot about what life is like for women in these industries. Here’s how Elissa Shevinsky, a coder who’s led a number of tech startups, put it in “CODE”: “It’s hard with a good conscience to encourage women to come into a field that will sexually harass you and not fund you.”

But this context is largely erased from data on the wage gap, and is simply chalked up as the more "neutral" factor of career choice.

So what does the gap for graduates mean? At a moment when the average student is likely to leave with a debt burden of $30,000, the gender disparities leave women at a disadvantage when it comes to paying that back.

The gender gap has narrowed in recent years as women see their wages go up, but the EPI data says that men's stalling wages is a major contributor. This isn't the kind of inspirational message you'd hear in a commencement speech, but it's the realities students are facing nonetheless.