"All men are created equal?" Huh 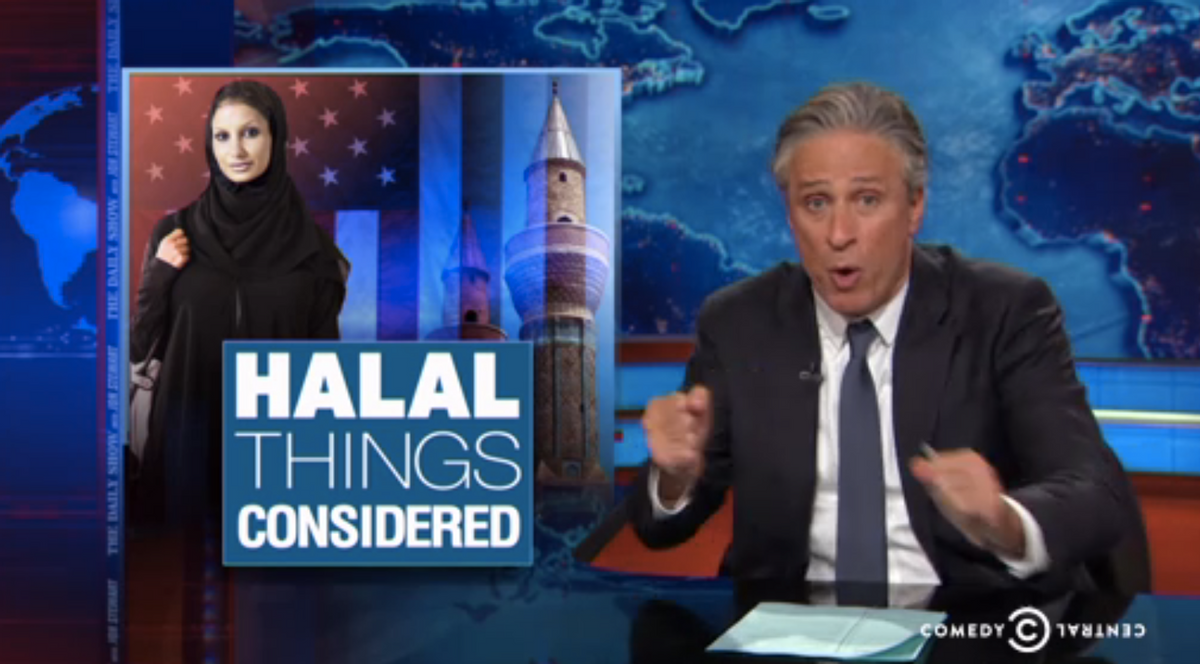 Starting in, Stewart discussed the story of one woman getting denied a job at Abercrombie & Fitch because she wore a hijab to her interview, which violated the store's "look policy." She would go on to file a lawsuit, and win, in a U.S. Supreme Court case seven whole years later (June 2).

"I am proud to say that she can now ... work at Abercrombie & Fitch," Stewart said. "She has won the right to spend eight hours a day in a cloud of cologne selling pink polo shirts to guys named Chad."

Stewart saved his best shots for United Airlines, however, ripping into the airline service for its refusal to serve a Muslim American woman a can of Diet Coke. The logic behind the decision: The passenger could have used the can as a weapon.

And what's worse? The flight attendant proceeded to offer the Caucasian man seated next to her an open container of beer. When the woman, in shock, asked a passenger if he'd witnessed this blatant discrimination, he told her to "shut the f up."

"I am shocked at what goes on in coach," Stewart quipped.