The Duggar family is "in denial," he told the hosts of "Fox & Friends" 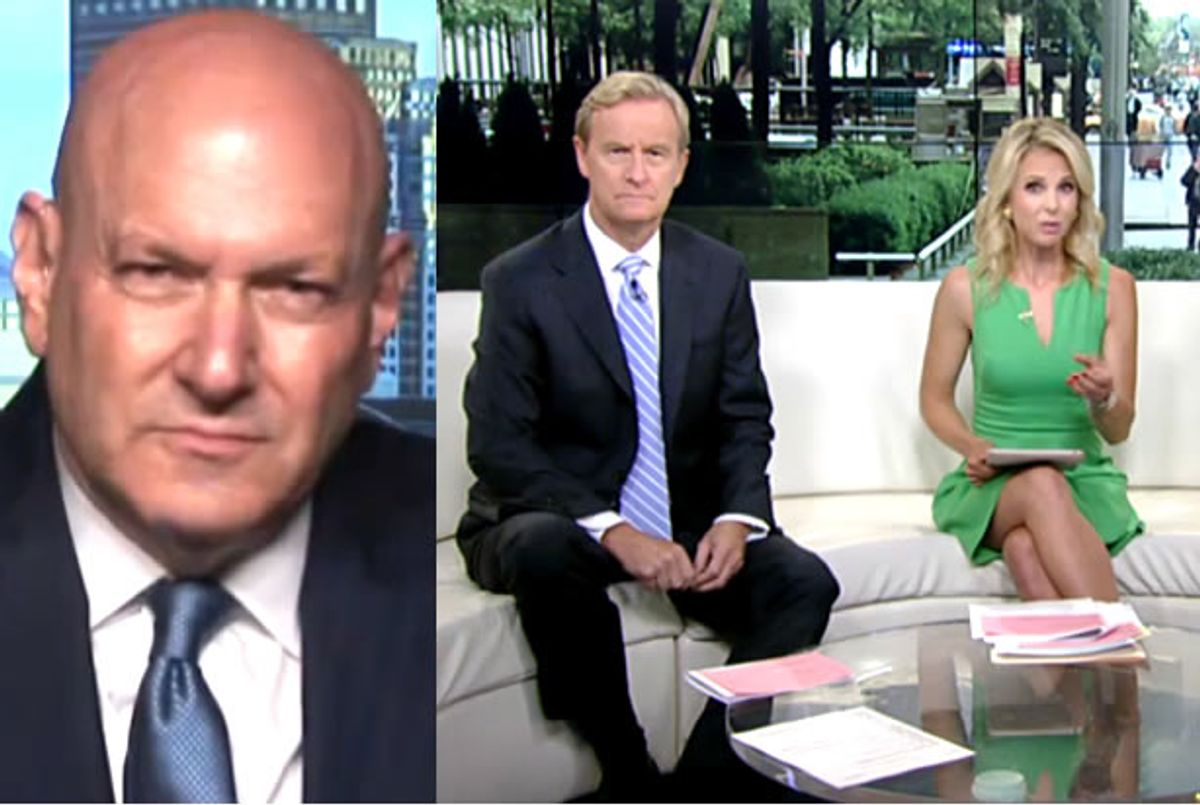 On “Fox & Friends” Thursday morning, Fox News’ resident psychiatrist Keith Ablow appeared to have taken a sharp blow to the head. For once, rather than toe-ing the network's party line that Jesus Has Forgiven the Duggars So Why Can't We, he attacked the family and their apologists for trying to skirt the question of whether Josh Duggar is a pedophile.

When co-host Steve Doocy asked Ablow what he thought of Megyn Kelly's interview with Jim Bob and Michelle Duggar, he replied that "I think the Duggar family is still locked in denial."

"I was stunned," he continued, "when the Duggar father said that 'I don't think our son is attracted to children, because after all, he wasn't eighteen.' That's not the definition of 'pedophilia,' it includes older adolescents, folks who are developed preying on children who are not."

Co-host Brian Kilmeade quickly changed the subject, introducing a clip of Josh's victims complaining -- and justifiably so -- that their identities were compromised when InTouch Weekly broke this story.

After another clip in which Michelle Duggar said that Josh's sisters weren't even aware that they had been inappropriately touched, Ablow again attacked the family, saying "I don't trust the Duggars, frankly, to be perfect arbiters of whether they realized the girls were being touched. They may say they realized it, but the bottom line is this family, in my opinion, isn't keyed in to empathy and the feelings of others."

He criticized Jim Bob and Michelle for having 19 children without considering whether they would be able to adequately divide their attention between them. "This family is so blinded," Ablow said, "they never even addressed whether they told babysitters about their son, or his friends, if they had younger sisters. Are you worried now?"

"No," he concluded, "they're not worried now because they sent him to work construction with an older man in another state, and that cured him. Come on!"