Tumblr and Twitter users create their own covers to show that not all trans people can, or should, look like Jenner 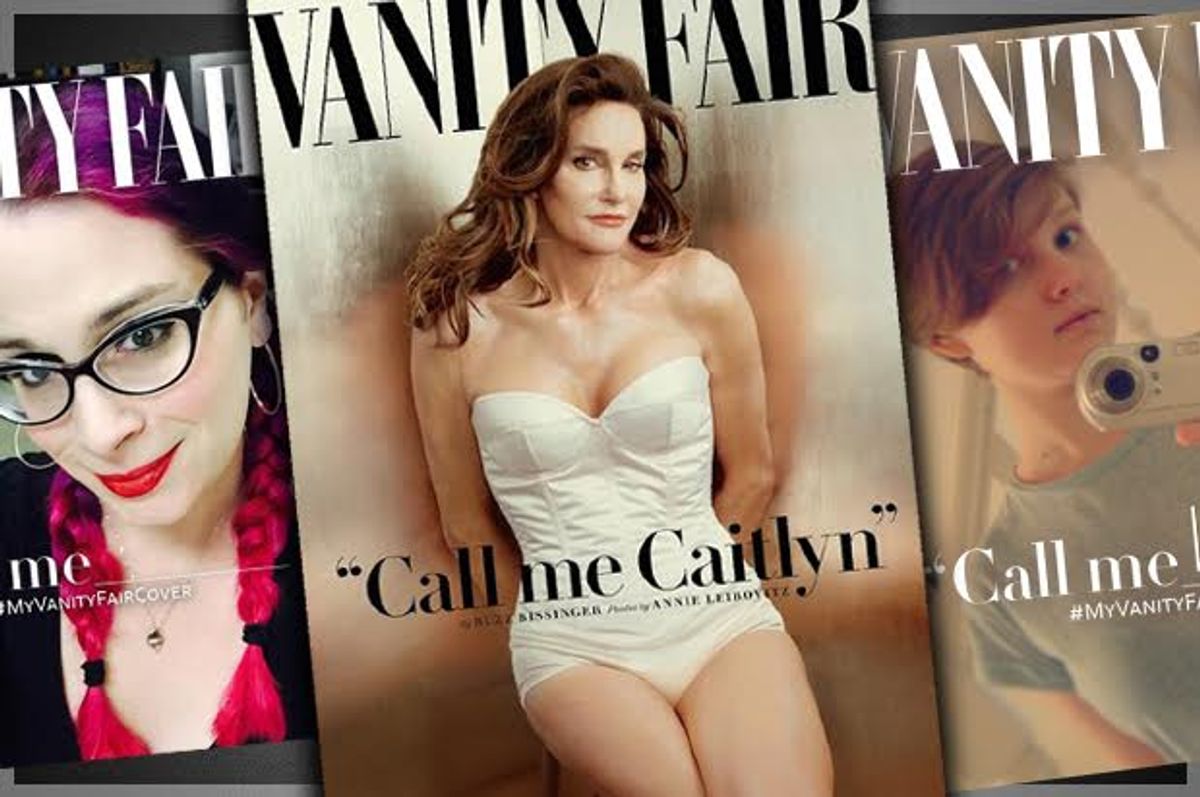 There is no doubt that Caitlyn Jenner, like all women to grace the cover of Vanity Fair, looks really good. But because, of course, not every trans person can afford, or even desires, to look like Jenner, the recently revealed cover has prompted discussion of the pressures on the trans community to conform to normative standards of beauty.

Laverne Cox took to her Tumblr on Tuesday to congratulate Jenner, while noting that, "there are many trans folks because of genetics and/or lack of material access who will never be able to embody these standards. More importantly many trans folks don’t want to embody them." Jon Stewart pointed out the media's obsession with congratulating Jenner on her "comparative fuckablity," with news clips even comparing her body to that of ex-stepdaughter Kim Kardashian.

Indeed, much of the praise for Jenner's bravery in transitioning seems to be followed with praise for her success in meeting traditional definitions of female beauty (i.e., looking as good as Kim). So, in response to the Jenner cover, and to highlight the many different faces of trans people, trans users of Tumblr have begun using #MyVanityFairCover to post self-made magazine covers.

Started by Tumblr user Crystal Frasier, who felt "overwhelmed by opinions on transgender women and how we’re “supposed” to look if we want to be taken seriously," the hashtag has taken off on both Tumblr and Twitter. Both trans men and trans women have created covers, filling in the now infamous Vanity Fair title with their own names. Take a look below: