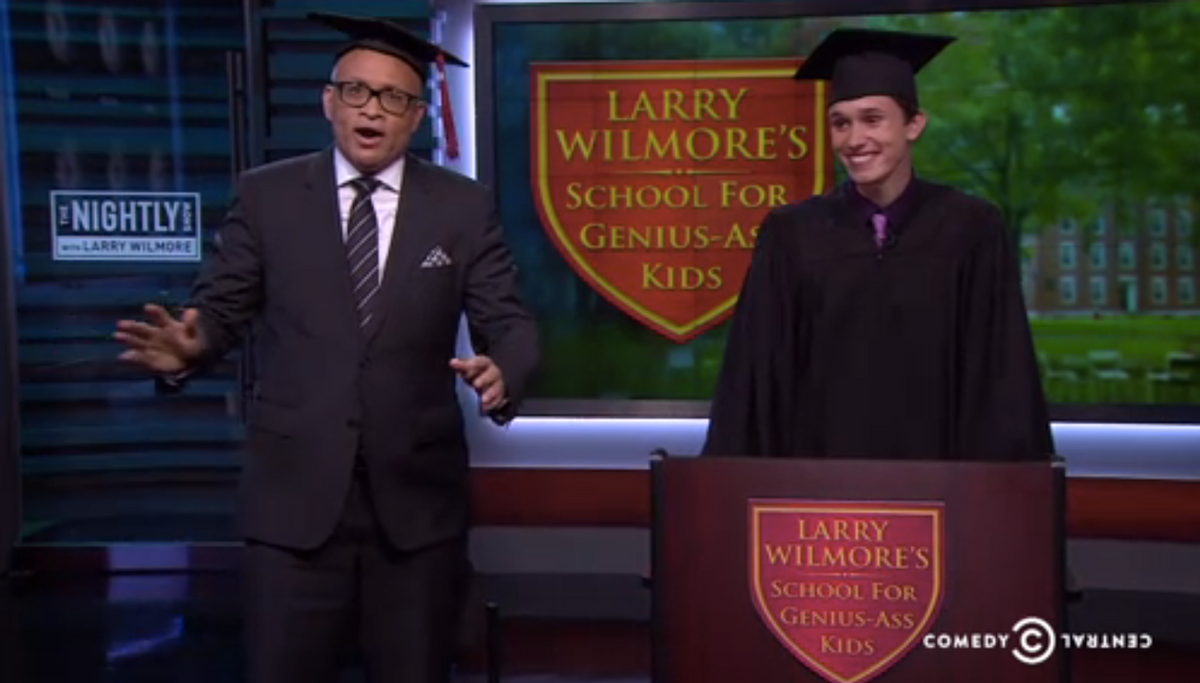 After learning of the high school valedictorian who was barred from delivering his speech when school officials learned he wanted to come out as gay, Larry Wilmore -- following the lead of OUT Boulder -- graciously flew 18-year-old Evan Young to "The Nightly Show" to let him have his moment on live television. Well, with one brief interruption.

"Woa woa woa," Wilmore exclaimed after Young began his speech with a note that his "idol" was Stephen Colbert. "You can't say that crap on this show!"