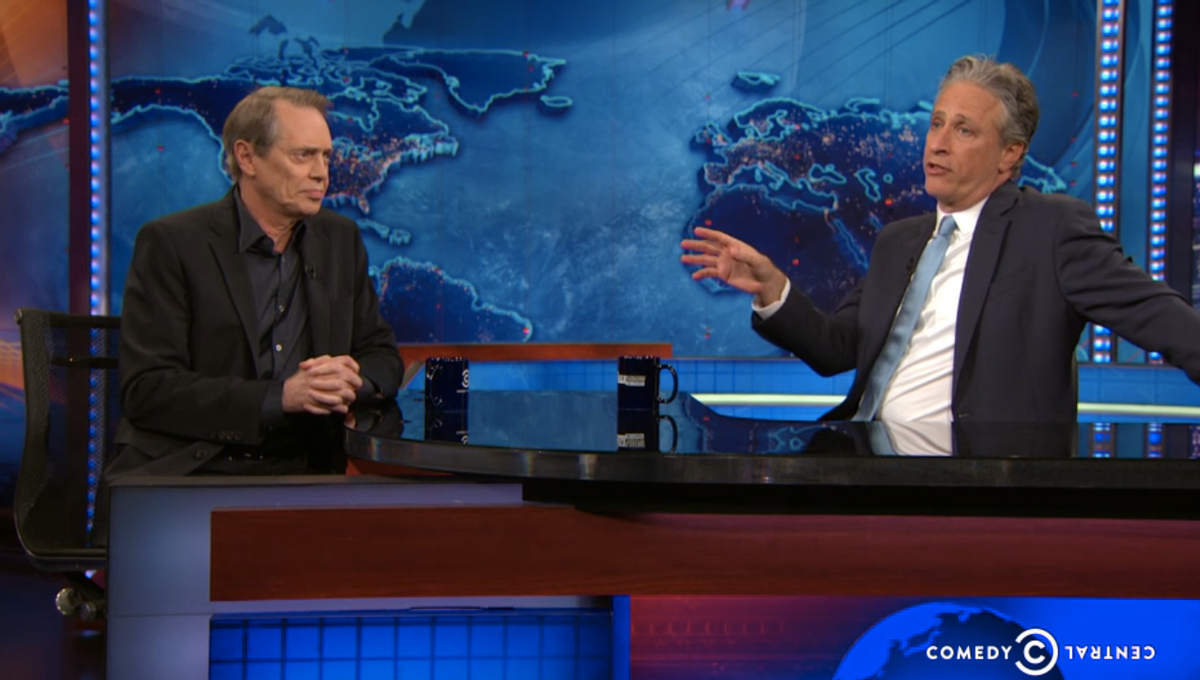 Steve Buscemi, the actor we love to savagely kill off in movies for no reason whatsoever, joined Jon Stewart on "The Daily Show" Thursday night.

Buscemi's most recent endeavor is an original AOL series "Park Bench with Steve Buscemi" in which the actor meets with various celebrities on a Greenpoint park bench -- a jarring change of pace for Buscemi, in large part because he doesn't die at any point in it.

Buscemi was stumped when Stewart asked him how many times he'd been killed off in movies, going on to say that his favorite death was in a Coen Brothers film -- no, not the iconic woodchipper one in "Fargo," but in 1998's "Big Lebowski." It just felt flat-out gratuitous, he explained.

"I did like how the Coen Brothers just gave me a heart attack. They were just like, 'Well Buscemi is in it -- let's just kill him,'" Buscemi said. "Why? Why did I have to die?"