Writing contests aren't new, but giving away real estate as the prize is 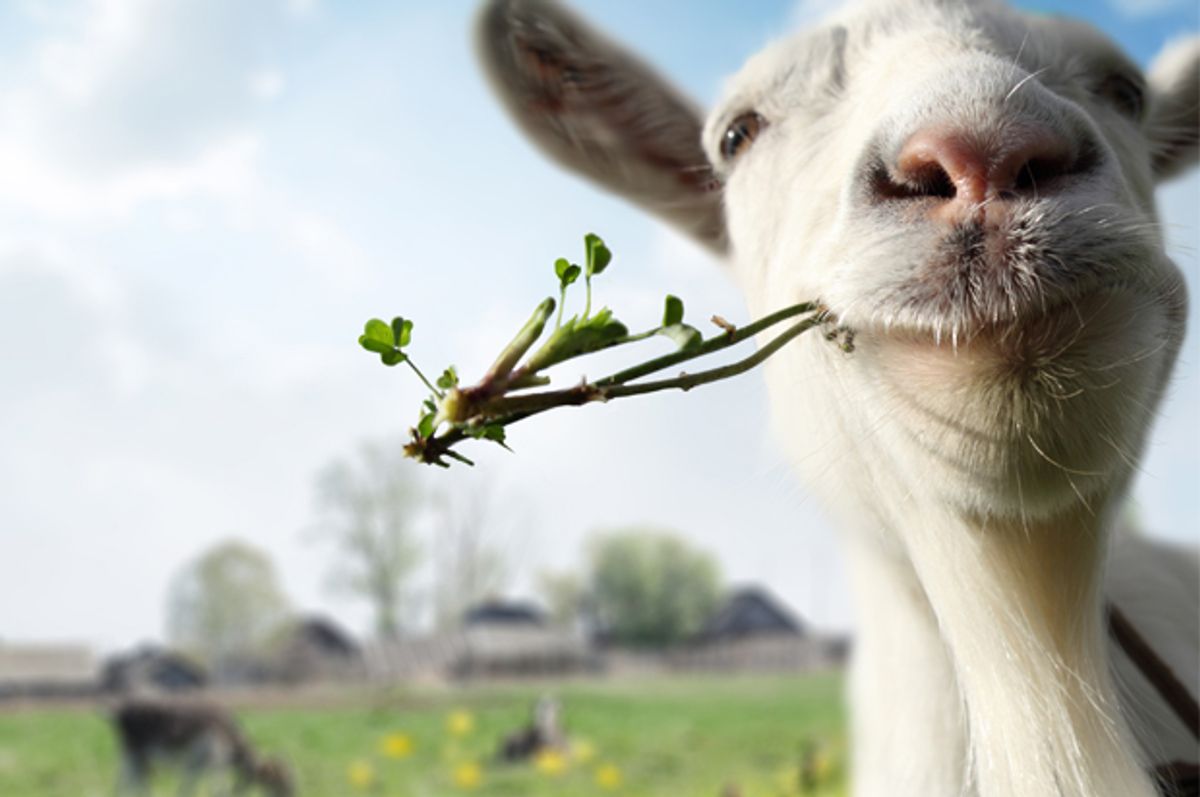 Over the past few months, a curious trend has emerged in the real estate market. From Maine to Alabama to to Texas, people are giving away homes, farms, or inns. The catch? You have to write an essay.

Is this a new philanthropically motivated decision, or a smart way to sell a property by covering the cost of the mortgage via entry fees?

I started noticing this pattern a few months ago when Janice Sage, owner of the Center Lovell Inn and Restaurant in Lovell, Maine, announced that she would give away her inn via a contest. She won the inn 22 years ago via a similar essay contest. The contestants need to pay $125 and a short essay on “Why I would like to own and operate a country inn.” The winner will be chosen next week by a couple of judges. Her goal, it states in the rules, is to have at least 7500 entries.

When Michael Wachs, a homeowner and realtor in Houston, heard about Sage’s idea, he and his wife submitted an essay. They were also inspired to do a similar thing for their house. Potential buyers can pay $150 and submit a short essay. In an email interview, he stressed the fact that this isn’t a contest.

“In any competitive market—as we did when we bought the home in 2013—buyers have the option to include a "heartstrings" letter to set themselves apart from the other offers,” Wachs says. “This is the purpose of having people write the "essay": they're really just heartstrings letters. We've just gotten a few hundred more than typical listings.”

Wachs is drawn to the idea of being able to pay off his mortgage while selling the house, and also helping out a buyer who might not be able to afford their own home.

“We are not big enough to change the system, but we're trying our best to change something for one person,” Wachs says. “Selling our house for $150 provides an opportunity for someone else who might not otherwise be able to own their own a home in an expensive and competitive market. We are hopefully giving freedom from debt to the new owner, which opens up so many different ways to be flexible in your life.”

Wachs and his wife will assess the essays using a 9 point scale based on the AP rubric, and then have a “panel of experts” read the top entries.

In Elkmont, Alabama, Paul and Leslie Spell are giving away their goat farm, Humble Heart Farms, the same way the Wachs are: $150 and a short essay. You don’t have to have experience as a farmer in order to win; the Spell’s will train the winner.

“This gives somebody who has a little bit of desire, it gives them a chance to step into our shoes and further Humble Heart Farms,” Spell says.  “There’s still a lot to do here. We started making cheese, we dabbled in some ice cream, and that was good. We’ve done this with no distributor, we’re just in this immediate area. The next person can actually go out and expand. There’s a lot of further potential in this. This will give people opportunity to step in and carry on.”

The Spells tried to sell their farm the normal way, but they found that the people who seemed to really want it the most didn’t have the money.

The Write A House residency in Detroit, Michigan offers a free renovated home to a writer. The entry fee is only $25, but literary merit is a key factor in choosing a winner. So far, they’ve given away one house and are in the process of accepting entries (up until June 5th) for the second house. Over eighty people have applied.

“It's a pretty compelling idea for writers,” Sarah Cox, cofounder of the nonprofit organization, said in an email interview. “The way the mortgage industry works now it is tough for anyone to finance a home, but especially harder for people that have freelance income, not full time employment. I think we're all onto the idea that creative people want a stable and inspiring place to create.”

For Write A House, the aim is “to help stabilize an artistic neighborhood which has vacant homes due to the foreclosure crisis,” according to Cox.

As a writer who lives in New York City and pays a ridiculous amount of my income in rent, I can understand the appeal of these opportunities. (Especially the Detroit option, which is geared towards providing a home for artists.) The Maine inn and goat farm doesn’t sound nearly as appealing since, well, other work is involved. But for many, the possibility of owning property they couldn’t imagine ever being able to afford is the American dream come true.

It’s also convenient publicity for people who want to offload their current property and move on to different phases in their lives. In the case of the Maine inn owner, that means retirement; for the Texas homeowners, they want a house closer to their toddler’s preschool; and in Paul Spell’s case, he wants to help missionary friends in Costa Rica and then form a company to help people start dairy businesses.

I wonder what will happen if the people who win these dream properties are unexpectedly hit with crazy repair costs that they can’t afford. Let’s hope that they aren’t money pits, because the alternative, a home or a farm or an inn that is well-loved and taken care of and offered up as a gift for people who need a new beginning is a beautiful idea.

It’s even, perhaps, a brilliant idea.