The higher the temperatures, the greater the air pollution, and last year was the hottest in Mexico's history 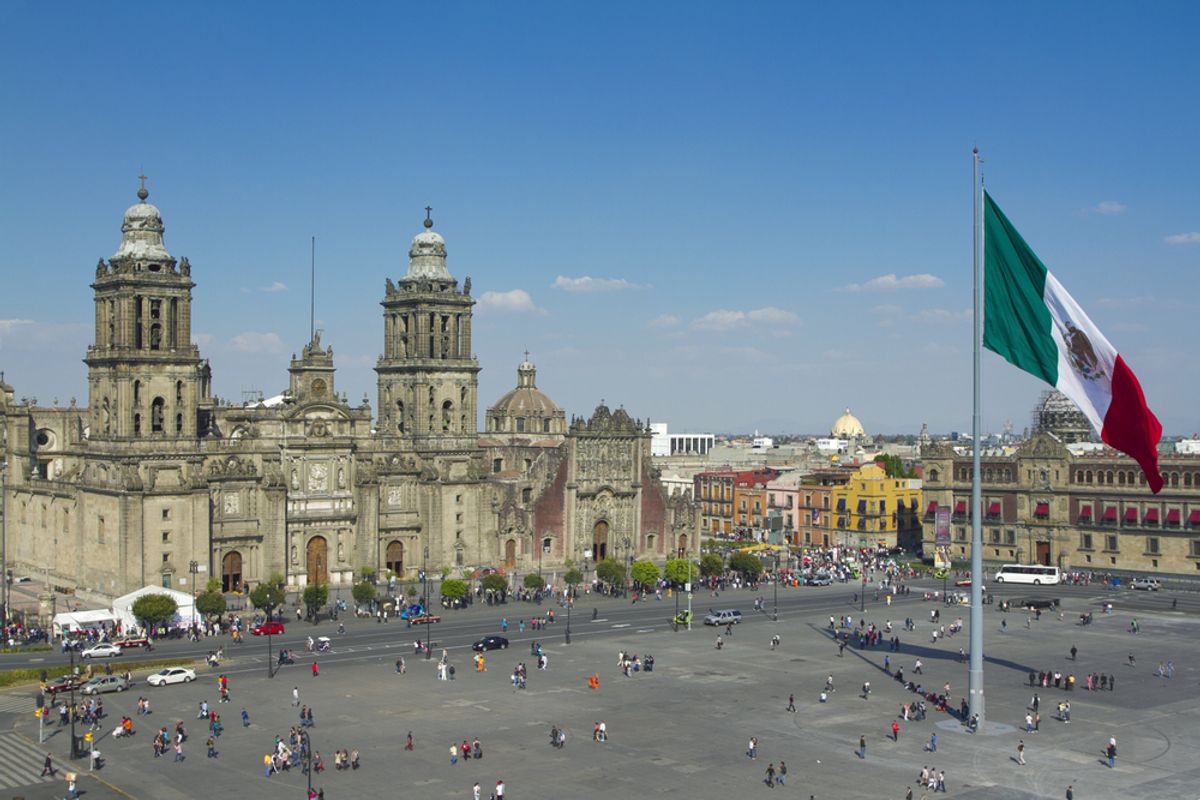 MEXICO CITY, Mexico — On a sweaty May morning in this sprawling mountain capital, residents heard a painfully familiar warning on the radio and TV.

Air pollution was at dangerous levels, environmental authorities said. People were advised to stay indoors as much as possible and avoid exercise. Asthma sufferers should take particular care.

On the city streets, this pollution could be seen in dirty clouds hanging amid grid-locked traffic.

The “environmental pre-contingency” on May 9 was the fourth so far this year, compared to three in all of 2014. The warnings are a reminder of the long uphill battle against dirty air in North America’s largest city — which has been a laboratory for pollution in megacities around the planet.

This rise comes after years in which Mexico City air has been getting cleaner, thanks to concerted campaigns. But while some problems have been resolved, others appear.

One issue is that Mexico is getting steadily hotter, apparently due to global warming. Last year was the hottest in Mexico since records began, with average temperatures of 71.78 degrees Fahrenheit.

Higher temperatures mean that pollutants release faster into the air.

“The rate of emission of certain types of pollutants goes up. … Secondly, chemical reactions tend to be faster,” says Christopher Cappa at the Air Quality Research Center in Davis, California. “This makes existing problems more challenging.”

Last year, Stanford scientists published a paper predicting that global warming will increase air pollution levels in cities around the world. It highlighted Mexico, along with India, as places of particular concern.

Back in 1992, the United Nations declared the Mexican capital the world’s most polluted city. Birds dropped dead in mid flight, visibility was low, respiratory problems rampant.

By 2010, when Mexico City hosted a UN climate change conference, it was hailed as a poster child for anti-pollution measures. Lead in the air haddropped by 90 percent over two decades, environmental authorities reported.

Yet despite the giant steps, pollution persists and is exacerbated by new problems, including the rising temperatures.

“The hottest times of the year are often when the pollution levels are most dangerous,” says Jose Agustin Garcia of Mexico’s Center for Atmosphere Science.

But Garcia cautions that other factors are also in the mix.

While cars have gotten cleaner they have also gotten more numerous. There are now 275 cars per 1,000 people in Mexico, according to the World Bank. In the Mexico City urban sprawl with 20 million residents, this would mean about 5.5 million automobiles.

Mexico’s geography is also problematic. It is in a valley, which can trap pollution, and is more than 7,000 feet above sea level, so the sun hits with dangerous rays.

The chemical mix in the air not only includes ozone, carbon monoxide and nitrogen dioxide, but also anything from solvents released by house paints toperchlorates from fireworks.

Pollution also blows in from nearby cities like Toluca and Pachuca, where there are still many factories.

Clouds of dirty gases not only look horrible. They can also mean death.

A 2013 study by Mexico Competitiveness Institute found about 1,700 deaths in Mexico City were likely related to pollution in one year. It also caused 4,200 hospitalizations and 234,000 doctor’s appointments. Together, this cost the economy about 1.3 billion pesos or $850 million.

“While Mexico has made some progress, it still has a long way to go on cleaning up its air,” author Fatima Masse says.

The city needs to improve public transportation much more and clamp down on diesel-spitting transport trucks, she adds.

“The issue of clean air and issue of global warming are mixing together,” Masse says. “They are going have to be at the center of public policy in the years ahead.”

Mexico’s federal government recognizes this challenge — or at least it claims to.

In March, Mexico became the first developing nation to formally pledge to cut global warming pollution. It promised to cut greenhouse gas emissions by 22 percent by 2030.

Environment Minister Juan Jose Guerra said it would achieve this by shifting to produce a third of Mexico’s energy from renewable resources — up from just 3 percent now.

“It’s obvious that global warming is already a reality,” Guerra said. “It’s without a doubt the principal challenge for humanity in the 21st century.”