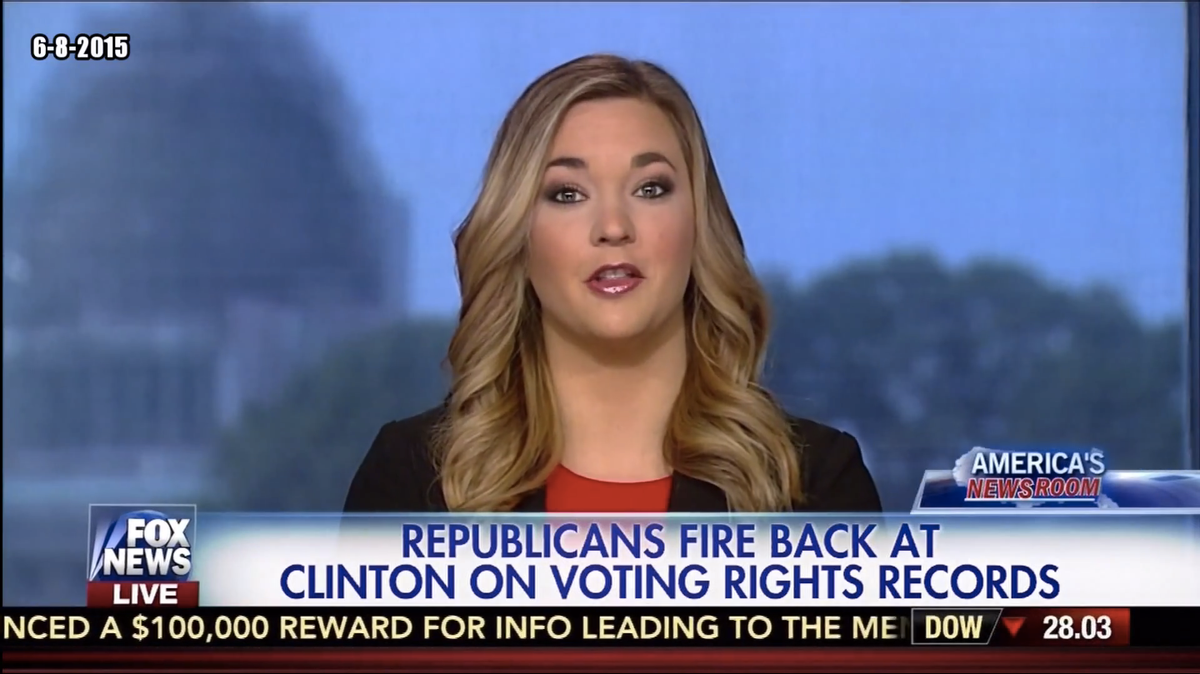 "Let's not pretend Hillary Clinton doesn't know exactly what she's doing here," Pavlich said. "She needs black voter turnout in 2016 in order to win. And the way that she's going to do that is by perpetuating this bogus, race-baiting narrative that somehow voter ID laws disenfranchise minority voters."

"First of all, it's not true. Second of all, it's shameless," she continued. "It's a losing issue for her. Unfortunately, she's decided to go down that race-baiting route in order to get that demographic to come out and vote for her because she's hurting for votes at this point."

Actually, early voting makes sense and it's not race-baiting to say so (why would it be?). Currently, 32 states allow for citizens to vote early, with New York giving voters 15 days and two weekends to complete their vote. Republicans largely resist the measure, arguing that it would be expensive to keep polls open. Meanwhile, they have instituted a number of measures that make it harder for Democrats to cast their votes.

In 1980, Republican activist Paul Weyrich said, "I don't want everyone to vote... Our leverage in the elections quite candidly goes up as the voting populace goes down."