John Oliver blasts the U.S. bail system for locking up poor people regardless of guilt

Jail cells are filling up with inmates who simply can't afford to pay bail. Is this justice? 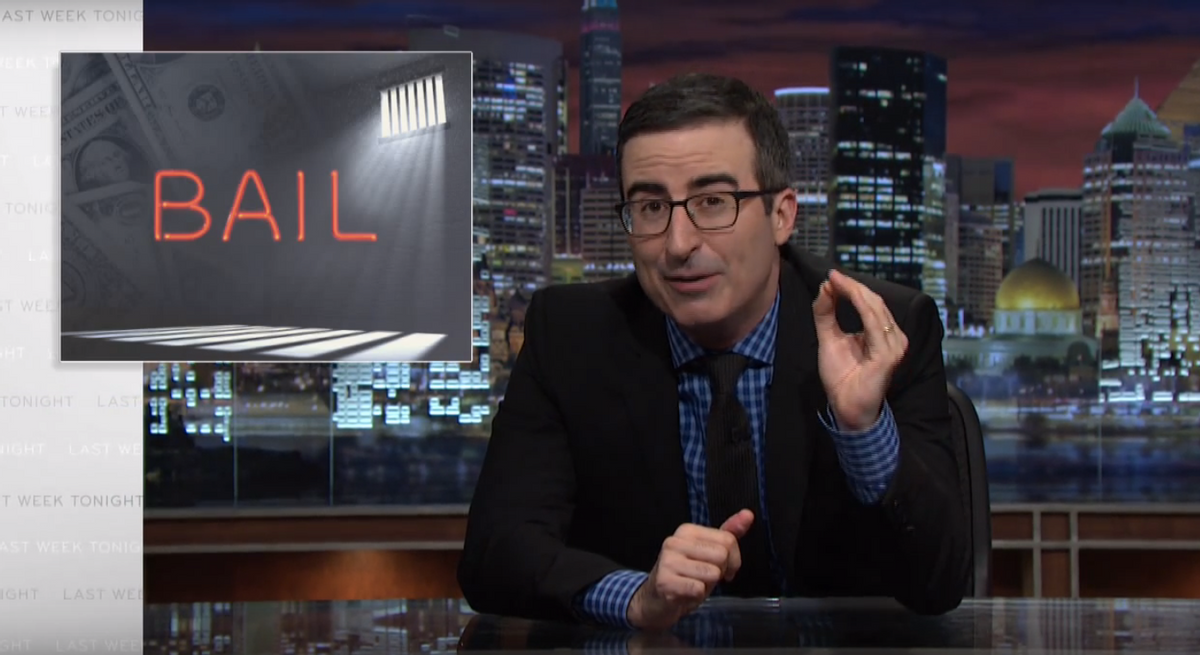 John Oliver took on the U.S. bail system on Sunday's "Last Week Tonight," pointing out that it has increasingly become a way to lock up the poor, regardless of guilt.

To make the case, the "Last Week Tonight" host turned to the state of New Jersey where nearly 40 percent of the jail population is being held in custody solely due to its inability to meet the terms of bail.

Oliver explained that there are only three options a person has upon arrest -- "go to jail, plead guilty to avoid waiting in jail for a trial, or pay a bail bondsman to front the bail costs" -- which has led many innocent people to just bite the bullet and plead guilty. For many poor inmates, even a short stint in jail can result in losing employment or a spot in public housing, one public defender says.

“Poor people are regularly choosing to admit guilt just to get out of there and that isn’t good,” Oliver said. “The only time that’s appropriate is in a Catholic confessional. ‘What do you mean is there anything else? I don’t know, I masturbated into a kiwi fruit. Is that what you wanted to hear? Just let me leave, I have stuff to do."