Elite pundits have a problem with democracy: Their new Hillary Clinton attack removes the mask 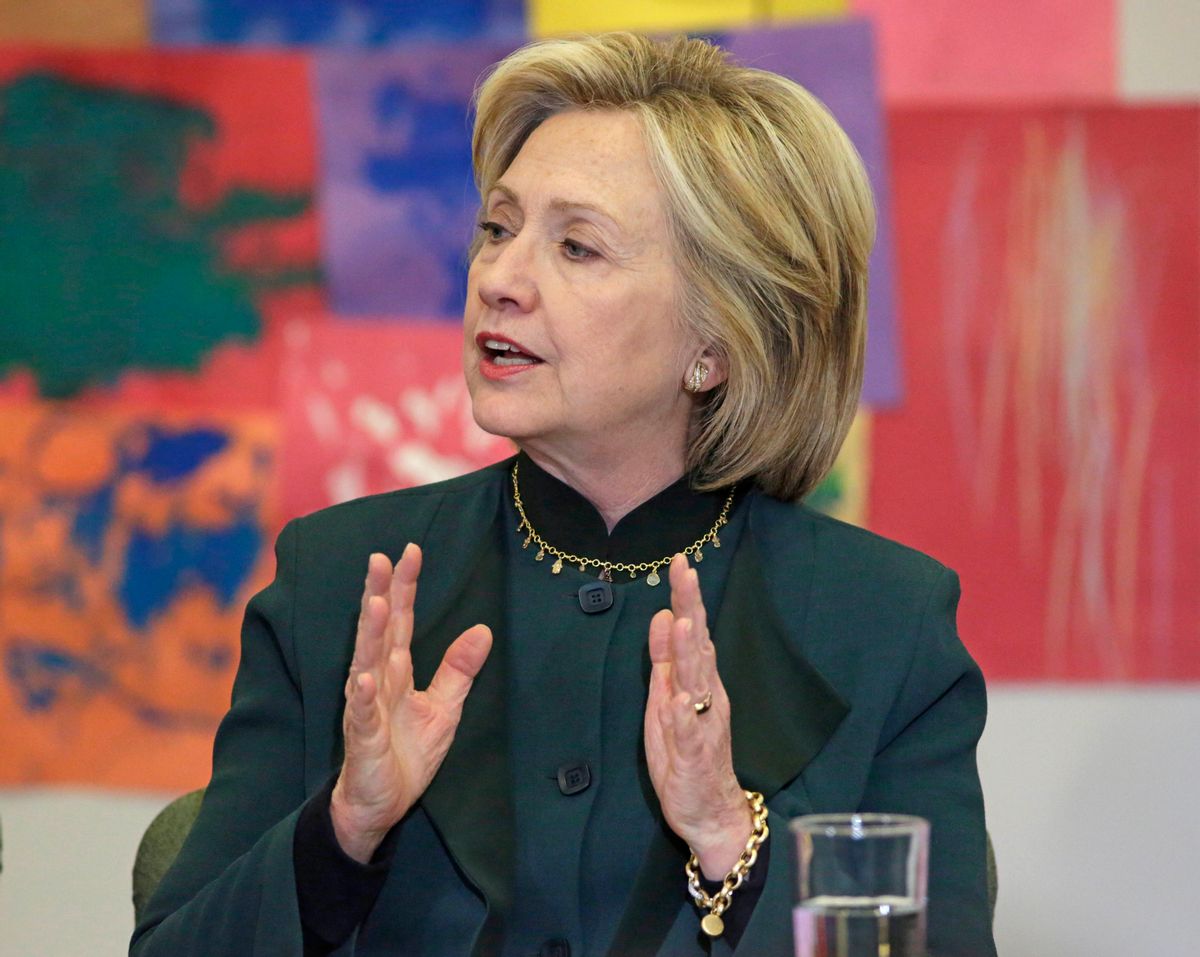 From the beginning, there were hints that Hillary Clinton’s second presidential campaign would be markedly different — and more liberal — than her first.

But now that the former secretary of state has (in descending order of significance): Endorsed a pathway to citizenship, as well as the expansion of President Obama’s immigration-related executive actions; co-signed the criminal justice reform movement’s goal to end mass incarceration; announced her belief in a Constitutional right to same-sex marriage; and told the Fight for $15 activists that she wants to be their “champion,” it’s become too obvious for even the most blinkered pundits to miss. And as my colleague Heather Digby Parton noted earlier, they don’t like it one bit.

Yet out of all the columns handwringing and concern trolling over Clinton’s recent liberal bent, I’m not sure any have been quite as wrongheaded, naive and downright weird as this one from UC Irvine professor Richard L. Hasen, which criticizes the likely presidential nominee for advocating that more people, regardless of their politics, be allowed to vote. In fact, Clinton did not merely endorse a vague belief in the franchise. She also suggested a few specific reforms, like automatic registration (with an opt-out provision) and more early voting. By his own account, Hasen, an expert in the field whose work I’ve often found useful, agrees. So why is he upset?

The problem, Hasen writes, is not with Clinton’s ideas. What bothers him instead is the way she insists on talking about these ideas while running for president. “[T]he partisan way she’s framed the issue,” he complains, “makes it less likely these changes will actually be implemented should she be elected president.” In a column full of idiosyncratic errors of analysis, this is one of Hasen’s strangest. By his telling, it is not Republicans who are politicizing the right to vote, but Clinton. It is not the people who have spent years trying to keep millions of Democrats from voting who have politicized the franchise, but Clinton. This is a bit like arguing that LBJ should not have allied himself with Martin Luther King because it “politicized” civil rights.

To give Hasen’s piece some credit, it’s not so bad as to leave readers with the impression that Clinton is the first to make voting access a national issue. “Republicans are responsible for most of the recent efforts to suppress voting,” he writes. But then he pulls out an argument that could reasonably be summarized as #notallRepublicans. “Clinton is accusing all Republicans of acting in bad faith,” Hasen writes (his emphasis). And this is not a reflection of reality, but rather a cynical political gambit, because “moderate Republicans who could be her natural partners for reforms in the future” will get upset. Yes, indeed; the year is 2015, and elite pundits are still leaning on the “moderate Republican” myth.

Hasen tries to prove there’s a relevant bloc of moderate Republicans in state governments by citing a report that came out of a presidential commission. If you know much about presidential commissions — which are often established in order to stall for time until the media stops paying attention — you know that this is exceedingly weak tea. It’s weaker still once you know that the moderate Republican on the commission was an elite lawyer who served on the Mitt Romney campaign. Not only is it dubious to cite someone from the Romney camp as reflective of the Republican Party, writ large. There’s also a huge difference between a Republican lawyer and a Republican politician. One is accountable to voters; the other isn’t.

As much as I find Hasen’s argument wrong on its own terms, though, there’s a more philosophical reason why I think it should be resisted. I doubt he was consciously thinking along these lines when he wrote it, but if you follow the argument of Hasen’s piece to its logical conclusion, you end up dismissing the American people’s capacity for self-governance. “Movement to get meaningful and good election reform,” he writes, “requires that the issue be depoliticized when possible.” He also laments that “a campaign is the last place to have a rational conversation about our dysfunctional election system.” He doesn’t take a step further and ask why it is that the right to vote must be kept in the political shadows — who is it that will oppose reform once the campaign he fears begins? — he just blames “partisan Democrats” for opening the door and letting the common people in.

The result is a column that, like this recent humdinger from Ron Fournier, wrings its hands over how a campaign that hasn’t happened may influence the politics of a country that does not exist. Hasen frets that a President Clinton will have trouble getting Republicans to work with her on reform if she wins the election. But if a significant bloc of Republicans believed enough in the right to vote as to work with a Clinton, there wouldn’t be a problem in the first place. And if bending over backwards were the way to win bipartisan support for legislation, the Obama era would be entirely different. After all, Obama’s ascension and the rise of new voter suppression laws are profoundly connected.

As voter ID laws and Supreme Court rulings continue to erect barriers to voting across the nation, activists and Democrats shouldn’t keep quiet and hope Republicans will ultimately change their minds. The correct response is to have the public debate Hasen would rather keep in quiet rooms — to have that debate, and to win.