Figo is braver than any of us will ever be 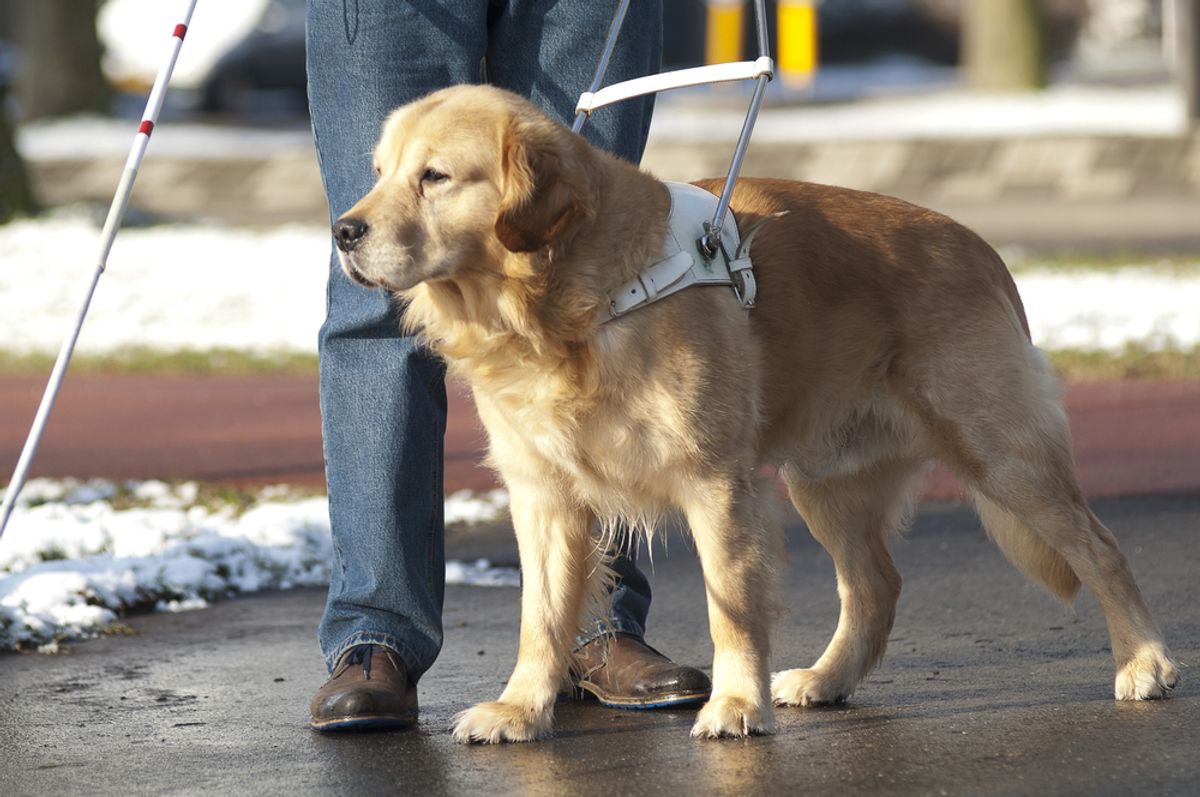 On Tuesday, Figo, a guide golden retriever, was braver than most humans will ever be. According to reports, his owner, Audrey Stone (who is blind) and Figo were crossing a street in Brewster, N.Y., when a mini bus crashed into them -- at the last second, Figo leapt in front of Stone to protect her. Police photos show fur stuck to one of the front wheels.

They both survived with some injuries.

Stone, 62, suffered a broken ankle, elbow and ribs and a head wound and was still hospitalized Tuesday in Danbury, Connecticut, the police chief said.

Figo underwent surgery and has a leg splint. Schwartz said Figo's leg was cut down to the bone. He'll remain at a veterinary hospital until Stone is able to care for him.

The driver was taken off duty while an investigation is conducted. The review will include dashboard cameras in the minibus and another bus that was in the area at the time, according to Steven Moskowitz, Brewster's assistant superintendent for human resources and technology.

"The dog didn't want to leave her side," said Paul Schwartz, a gas station manager who ran to help."He was flopping over to her, and she didn't want him to get away from her either. She kept screaming [the dog's name]. We kept telling her he was fine."

"The dog was being a good sport, really calm," he continued. "He sat with me the whole time. He was limping as we put him on a big blanket on the sidewalk and it started to rain. He let us wrap up his leg without any problem. He wasn't barking or crying or yelping. But he kept pulling toward her. After she was put on a gurney and taken away, he stopped doing that. He seemed a little lost after she left."