America has jumped the shark 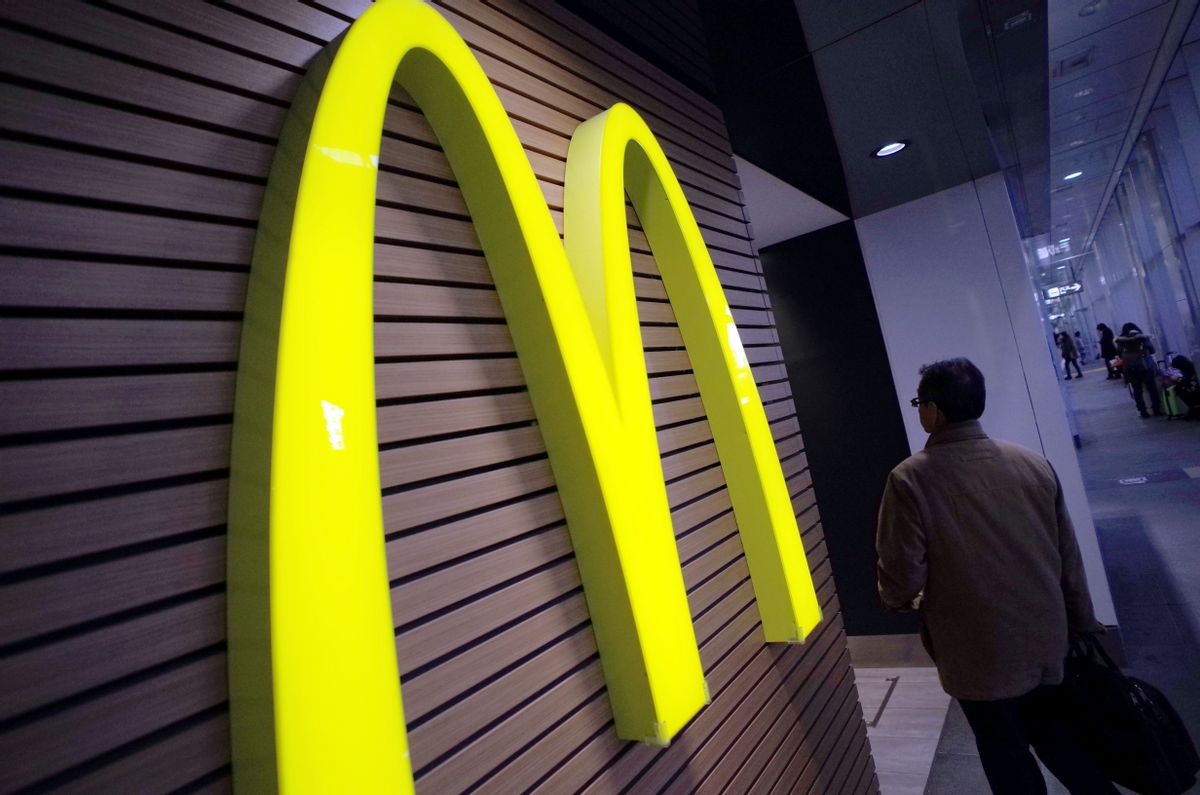 FILE - In this Dec. 17, 2014 file photo, a man walks by a McDonald's logo in front of its restaurant in Tokyo. McDonalds is set to unveil its latest plans to revive its sputtering business on Monday, May 4, 2015. (AP/Eugene Hoshiko)
--

On Tuesday, fast food Death Star McDonald's announced that it had hired former White House press secretary Robert Gibbs as its Global Chief Communications officer in an effort to revamp the chain's reputation. In other words, America has jumped the shark.

The corporation also announced the hiring of Silvia Lagnado, the creator of Dove's "Campaign for Real Beauty," as the new Chief Marketing Officer.

"Robert and Silvia are both highly-respected, talented leaders who will bring a wealth of experience and outside perspective to McDonald's as we build a more modern, progressive burger company," said the corporation's President and CEO Steve Easterbrook in a statement.

The hire comes just a month after Easterbrook unveiled McDonald's massive restructuring plan which the chain hopes will revive sluggish sales. In a 23 minute video rife with business babble, Easterbrook notes that the chain will engage in less "sweeping talk of millennials." Instead, it will focus its efforts on improving the perception of its food quality by introducing items like an artisan chicken sandwich (which no one believes is actually artisan). The restructuring plan involves selling off 3,500 company-owned stores to franchisees.

Although it is not unheard of for a press secretary to take a job with in the private sector (most notable is David Plouffe's move to Uber), the decision to go to McDonald's immediately after working on initiatives spearheaded by the Obama Administration (including move to increase the minimum wage and Michelle Obama's "Let's Move" healthy eating campaign) feels hypocritical, if not downright cynical.