He's shaved. He's hired a bandleader. It must be jingle time 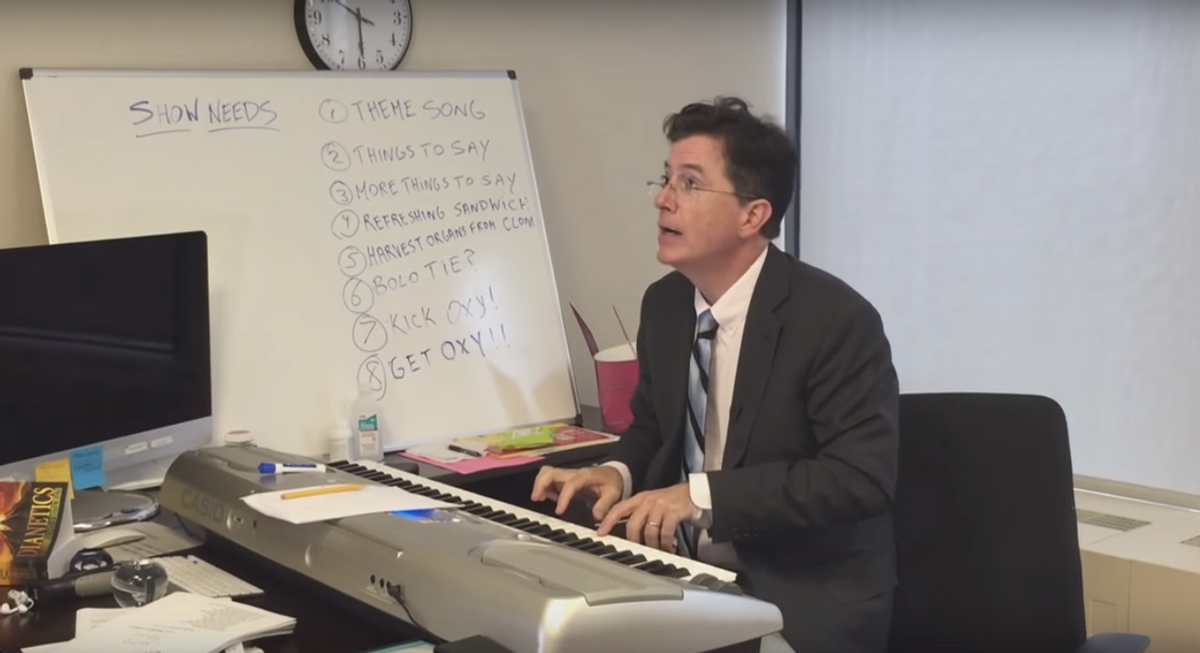 Things appear to be really taking shape for September 8, when a beard-less Stephen Colbert will begin his "Late Show" reign. Colbert has already secured a bandleader and launched a spiffy website for the show, which means it's time for the host to start thinking jingles.

In a CBS teaser, released Monday, the former "Colbert Report" host puts his composing skills to the test and bangs out a winning tune on his keyboard in one go.

More important, though, is the copy of "Dianetics: The Modern Science of Mental Health" by L. Ron Hubbard plopped on his desk and a dry-erase board message indicating that he'll be very busy in the coming weeks trying to "7. Kick Oxy" and then "8. Get Oxy."

Watch the teaser below: