"The Daily Show" hammers "a**hole" McKinney police officer: "This is progress because a cop pulled a gun on a group of black kids and no one is dead" 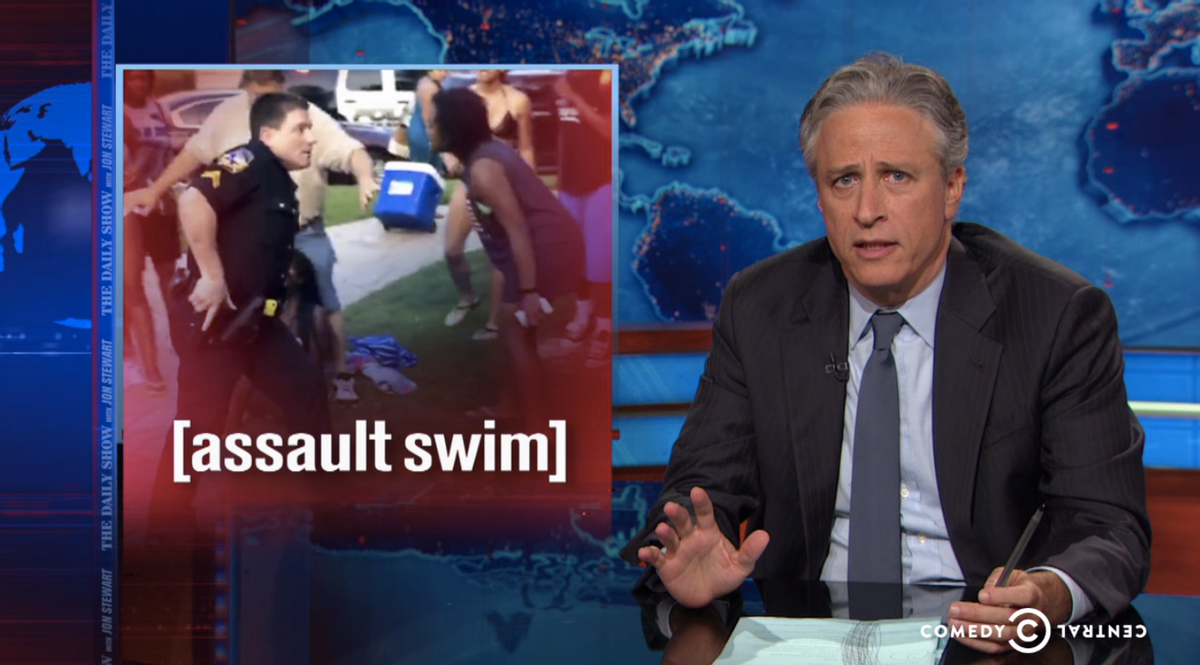 Jon Stewart kicked off "The Daily Show's" ordinarily cheery summer segment "Summertime Sunny Time Slip n' Slide" with a bleak news story that made headlines Monday: a McKinney, Texas pool party which escalated into a police officer drawing his gun and slamming a black teen to the ground. Also, somewhere in there -- barrel-rolling?

“I’ve never seen a cop run through a frame and do a little parkour somersault in the manner that he did,” Stewart quipped Monday night. “That was some 'Starsky and Hutch' shit.”

Stewart was aghast by the footage, which included Cpl. Eric Casebolt telling Dajerria Becton, a black teen, to "get [her] ass on the ground" while she was already compliantly sitting on the ground.

“Not only is he being an asshole -- he’s redundant,” Stewart said of the incident. “How do you go from a pool party to this?”

Later, Stewart turned to "Senior Texas Aquatics Correspondent" Jessica Williams to make some sense of the madness. Williams said if she's learned one thing from the news story it's that we could all afford to learn some pool-place etiquette -- like "get your ass even further into the ground than it is."

"This is progress because a cop pulled a gun on a group of black kids and no one is dead," Williams said.