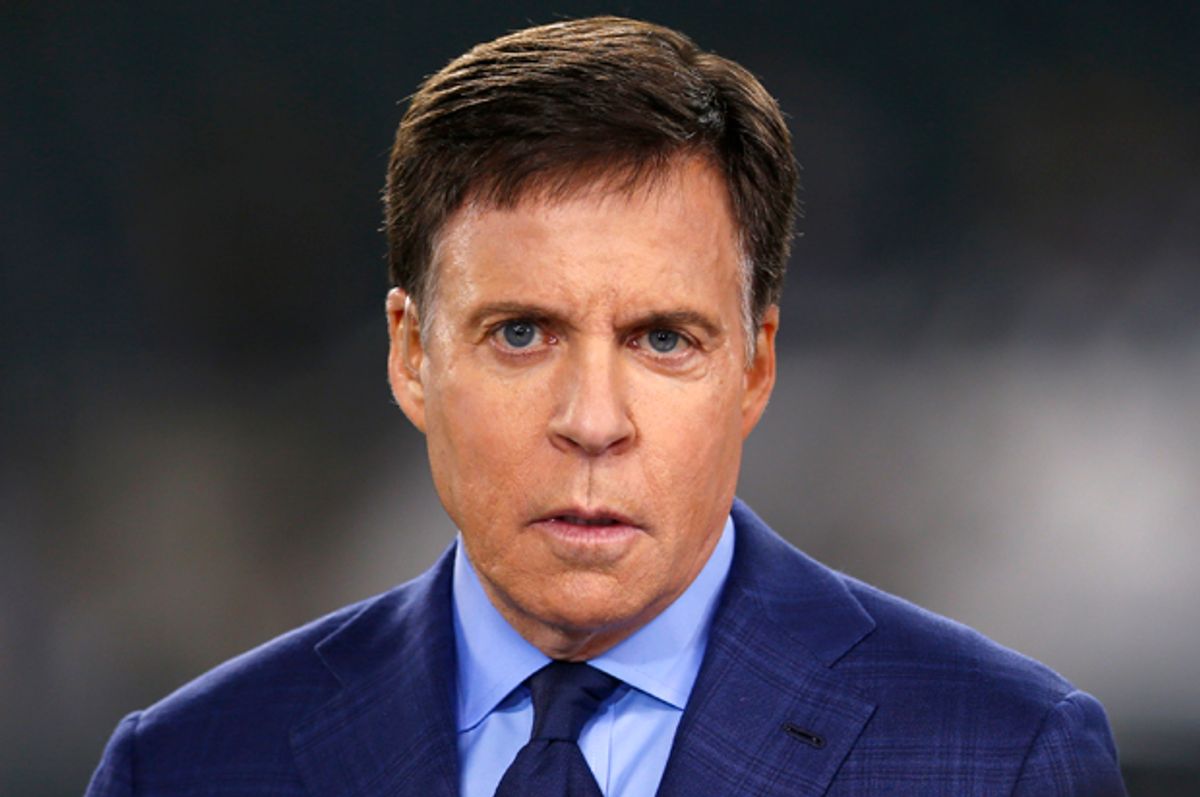 Veteran sportscaster Bob Costas had some harsh words for ESPN on Monday, when he took to host Dan Patrick's radio show to criticize the network for awarding Caitlyn Jenner the Arthur Ashe Courage Award at this year's ESPY Awards. Costas called the decision to recognize Jenner a "crass exploitation play" to take advantage of the publicity around the former Olympian's recently gender transition.

"I wish Caitlyn all the happiness in the world and all the peace of mind in the world," Costas said. "However, it strikes me that awarding the Arthur Ashe award to Caitlyn Jenner is just a crass exploitation play. It’s a tabloid play." He added:

In the broad world of sports, I’m pretty sure they could have found -- and this is not anything against Caitlyn Jenner -- I’m pretty sure they could have found someone who was much closer to actively involved in sports, who would have been deserving of what that award represents. That’s not to say that it doesn’t take some measure of personal courage to do what Caitlyn Jenner has done, but I think that every year we look across the landscape of sports, and we find prominent people and kids in high school and amateur athletes who I think more closely fit the description of what they’re looking for or should be looking for there. And I think this is a play to pump up audience the way lots of things are put on television, to attract eyeballs, not because of the validity, but because of whatever the kind of gawker factor is.

Patrick agreed with Costas' assessment, calling ESPN's decision "a little too reality show" and theorizing about other possible contenders for the Ashe award. The host and several others have highlighted Lauren Hill, a college basketball player who recently died of cancer, and dedicated herself to working for a cure before she passed.

ESPN has defended its decision to recognize Jenner. Producer Maura Mandt called the "Keeping Up With the Kardashians" star's coming out a way "to educate people on the challenges that the transgender community faces."