Can you identify how many messed up things this Fox contributor said in less than a minute? 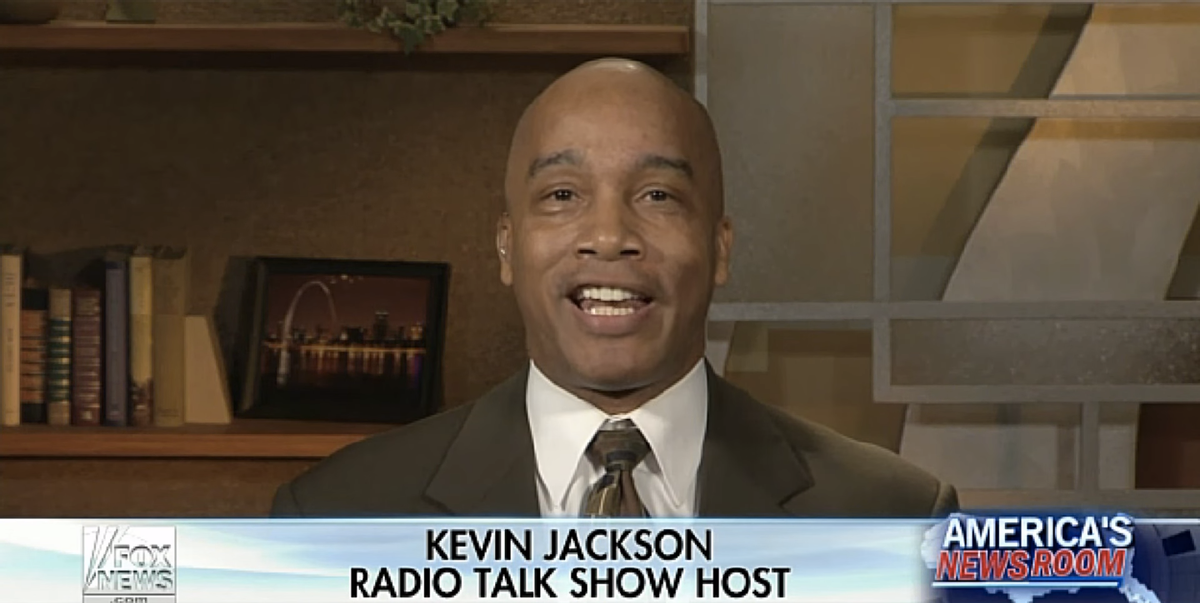 On Wednesday morning's edition of Fox News' "America's Newsroom," host Bill Hemmer interviewed Kevin Jackson, executive director of the Black Sphere and author of "Race Pimping: The Multi-Trillion Dollar Business of Liberalism" about the pool party in McKinney, Tx. that turned into a national symbol of police overreach.

"We've got a situation now where kids feel like they can act recklessly. And, honestly, Bill, this is like 'Porky's.' Hollywood makes movies about things like this and the idea that something like this rises to the level of national attention should show you just how things have become in America," Jackson said.

"We wanna put the cops, as we say, on blast on something as simple as this. You know, we had Michael Brown steal some cigarillos and get himself shot; that rose to the level of national attention. So when is it gonna stop when we just let cops do their jobs, let this police department vet out who's a good cop, who's a bad cop and not be talking about this at this level?"

We identify five messed-up things in Jackson's comments. If you guess them all correctly, you win Salon's Progressive of the Day Award that I just invented without editorial approval.