"I wanted my contract to say for every female orgasm, there had to be a male orgasm": Emmy-nominated actresses open up about TV sex scenes 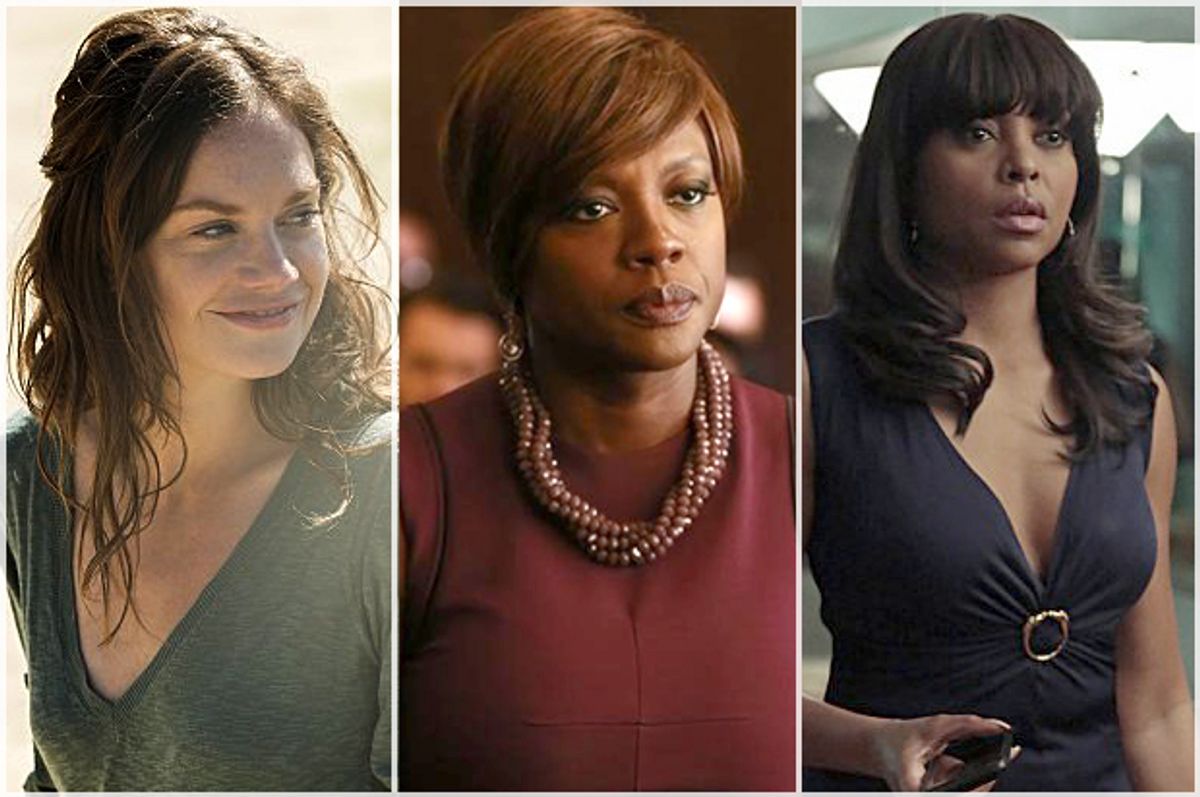 The Hollywood Reporter has just released yet another awesome feminist roundtable, in which Emmy contenders Lizzy Caplan, Maggie Gyllenhaal, Jessica Lange, Ruth Wilson, Taraji P. Henson and Viola Davis got together to talk about life in the business, from grappling with sexism, racism and ageism to the difficulties of transitioning between TV and film. One of the most interesting parts of the discussion focused on depicting sexuality on screen, as each of the women discussed their experiences shooting sex scenes in various projects.

Talking about her sex scenes with Dominic West on "The Affair,” Wilson explained that she and West are “really insistent that those scenes in the show have a narrative. It can't just be a normal generic sex scene. 'What are we saying here?' There are assumptions that women are always the focus of titillation. And I wanted my contract to say: 'For every female orgasm, there had to be a male orgasm.'"

Henson recalled her first time being naked onscreen, in her first film “Baby Boy.” As she put it: "I remember thinking, "Taraji cannot be in that room." So I literally went home and stripped down naked, stood in front of the mirror and looked at every morsel of my body, and I dealt with it. The next day, I was so free. I was so ready.”

Gyllenhaal said that in her new show "The Honorable Woman," her character Nessa "is so controlled, I wanted the sex to be animal. Unfortunately, it was the BBC and so it couldn't be totally animal... Also, I wanted to show what a woman my age actually really looks like. I am much more turned on when I see people's bodies that look like bodies I recognize."

And Viola Davis talked at length about being cast in Shonda Rhimes’ “How To Get Away With Murder,” and how unusual it was to be cast as a sexualized woman given the limited roles generally offered to middle-aged women of color. As she put it:

"I had never seen a 49-year-old, dark-skinned woman who is not a size 2 be a sexualized role in TV or film. I'm a sexual woman, but nothing in my career has ever identified me as a sexualized woman. I was the prototype of the "mommified" role. Then all of a sudden, this part came, and fear would be an understatement. When I saw myself for the first time in the pilot episode, I was mortified. I saw the fake eyelashes and, "Are you kidding me? Who is going to believe this?" And then I thought: "OK, this is your moment to not typecast yourself, to play a woman who is sexualized and do your investigative work to find out who this woman is and put a real woman on TV who's smack-dab in the midst of this pop fiction."

The women in my life who are sexualized are anywhere from a size zero to a size 24," she continued. "They don't walk like supermodels in heels. They take their wig and makeup off at night. So this role was my way of saying, 'Welcome to womanhood!' It's also healed me and shown a lot of little dark-skinned girls with curly hair a physical manifestation of themselves."