Jerry Seinfeld doubles down: “There’s a creepy PC thing out there that really bothers me” 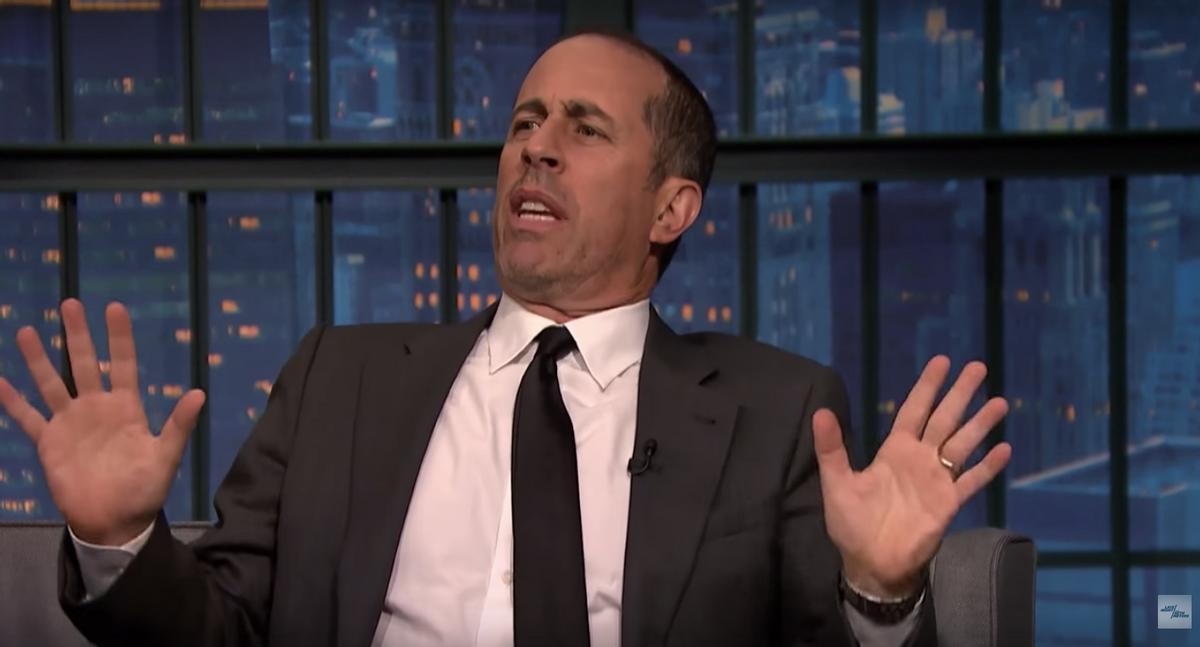 Two guys who are acutely familiar with PC backlash -- David Remnick, editor of "The New Yorker" who defended the "Jewish-comic tradition" when Lena Dunham's humor piece ran in March and Jerry Seinfeld of "I Don't Do Colleges Because The Students Are Too PC" fame -- joined Seth Meyers on "Late Night" Tuesday night to talk about where they each draw the line in the sand with their comedy.

Building off of his earlier comments this week about rampant PC culture at colleges, Seinfeld told Meyers that "there's a creepy PC thing out there that really bothers [him]."

He shared one of his favorite bits, a commentary on the ever-present nature of cellphones (fresh!) which relies heavily on the stereotypical way gay men move their hands when they speak (in a "flourishing motion").

Seinfeld said the punchline, which involves a comparison to a "Gay French king," has recently fallen flat with PC audiences.

"Are you kidding me?" Seinfeld said of recent audiences who have taken offense to this bit. "'What do you mean gay -- what are you talking about gay? What are you doing? What do you mean?'" he said, mockingly.