Bob Newhart on his groundbreaking sitcom: "We were taking the stigma off psychiatrists and psychologists"

Salon talks to the TV icon about '70s comedy, early prestige TV and the secret to writing a killer series finale 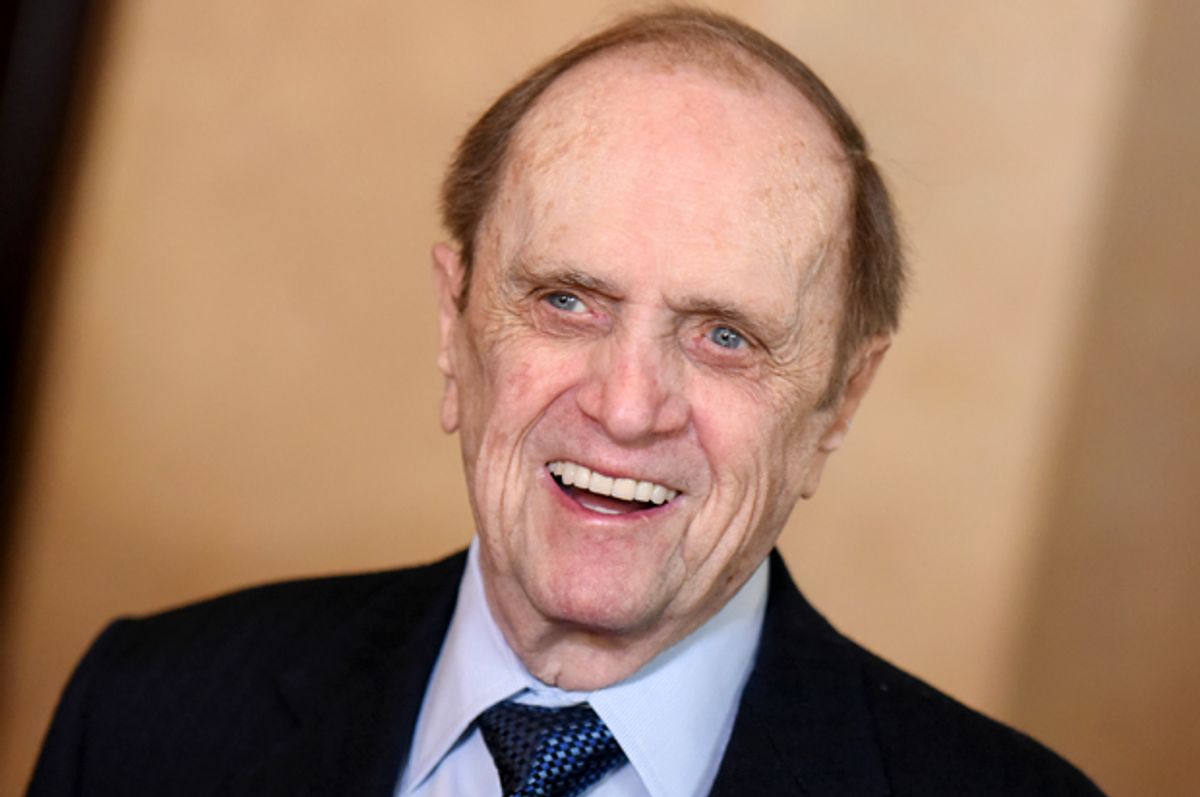 Saturday night doesn’t get much attention from TV programmers today, but CBS’s powerhouse slate of classic sitcoms — “All in the Family,” “M*A*S*H,” “The Mary Tyler Moore Show” and “The Bob Newhart Show” — was one of the most dominant comedy TV lineups in TV history. And all four shows pushed the boundaries beyond the more conventional family comedies of the 1960s “Lassie” and “The Andy Griffith Show.”

“I think everything on Saturday night was a departure — “M*A*S*H,” “The Mary Tyler Moore Show,” Bob Newhart told Salon in an interview earlier this week, “but we were so busy doing it that no one walked around saying, ‘We’re a piece of history.’”

Newhart is one of the featured talking heads in the first episode of “The Seventies,” a documentary series about the Archie Bunker Decade that premieres tonight on CNN. Newhart spoke to Salon about playing a TV psychologist, how TV humor changed in the ‘70s, and how he — his wife actually — came up with what may be the greatest series finale ever.

How many dates a year are you doing for stand-up?

This year probably 20 dates, which translates into more with travel.

What kind of reaction do you remember people having to “All in the Family” featuring a bigot? Was everyone in on the joke that Carroll O’Connor was playing a character who was nothing like him?

The TV professionals certainly knew what he was doing. Bob Wood, who was the head of entertainment [at CBS], told me personally that he was seated with William Paley, the head of CBS, and they were showing the pilot for the two of them in the screening room. Paley turned to Bob Wood and said, “You like this show?” And Bob Wood said, “Yeah, I really believe in this show.” And Bill Paley said, “It’s your network.” Hidden in that was, “You’d better be right because it won’t be your network if the show doesn’t work.” [Laughs.]

Bob Wood sensed the times. CBS’s audience was getting older and older, and he really changed the face of television.

“The Bob Newhart Show” was part of that great CBS lineup of shows that were all breaking out of the established sitcom setup.

When we did “The Bob Newhart Show,” Suzanne Pleshette and I were a couple without children, which I don’t think had been done before. I think everything on Saturday night was a departure — “M*A*S*H,” “The Mary Tyler Moore Show” — but we were so busy doing it that no one walked around saying, “We’re a piece of history.”

You played a psychologist on that show?

Yeah, and we were nervous about that. We didn’t know if that would be accepted. Psych majors were off by themselves and were sometimes stranger than the people they treated. We didn’t know as an occupation whether it was going to work.

Did you see the stigma against psych counseling change during the years the show was on the air?

I got a letter once from a woman who said their son was having problems and they asked the boy — he was 8 or 9 years old, “Would you mind seeing somebody?” And he said, “Would he be like the man on television.” They said, “Yes.” And he said, “OK.” I felt kind of validated that maybe we were taking the stigma off of psychiatrists and psychologists.

The shows on that air in the 1970s seemed to reflect what was going on in reality. You and Suzanne Pleshette were a couple with no kids. Maude was a middle-aged, single woman. Shows didn’t have to have a mom and dad and two kids to be a sitcom anymore.

I was aware of the change taking place in stand-up in the late ‘50s to the early ‘60s, and there was a sea change in comedy. It wasn’t, “Take my wife, please.” Those weren’t the jokes that comedians wanted to do. We were speaking to the college crowd, and they didn’t want to go and pay nightclub prices to hear jokes about being married because they weren’t married. They demanded a different style of comedy.

“Happy Days” was a show about the 1950s that was made in the 1970s. The show worked for a lot of reasons, but I never really thought of it being successful because it was nostalgic. Do you think that was a big part of it?

It didn’t reflect my childhood. [Laughs.] It was definitely an idyllic view.

A lot of the big shows of the 1970s were spinoffs — “The Jeffersons,” “Maude,” “Laverne and Shirley” — and then spin-offs seemed to go out of favor in the 1980s. Was there any particular reason for that?

I think it was a case of TV eating its young. A lot of those shows came out of “All in the Family.” If a character showed some promise, they would figure out how to get two shows out of it without hurting the first show.

Shows like “Mad Men” and “Sopranos” have had really memorable finales, and the “Newhart” finale — when you woke up in bed with Suzanne Pleshette who had been on your previous show — was really the first finale that people talked about that way.

The unique thing about the ending of “Newhart” was that he had another show to refer to. The phenomenon of the ending of “Newhart” was that we trusted the audience to know what we were doing. We added that scene at the very last minute. We never had it in the script. When we revealed the bedroom scene, the people in the audience applauded the set. It was our bedroom from “The Bob Newhart Show.”

How did you come up with the idea to do that?

I was smart enough to marry a very smart woman. It was her idea.

So your wife [Ginny Newhart] came up with the ending?

She sure did. There were so many inexplicable things about the show. There was a handyman who wasn’t very handy. There was an heiress who worked as a waitress. And then there was Larry, Darryl and Darryl, three brothers and two with the same name. She thought the best way of explaining it was as a dream sequence.