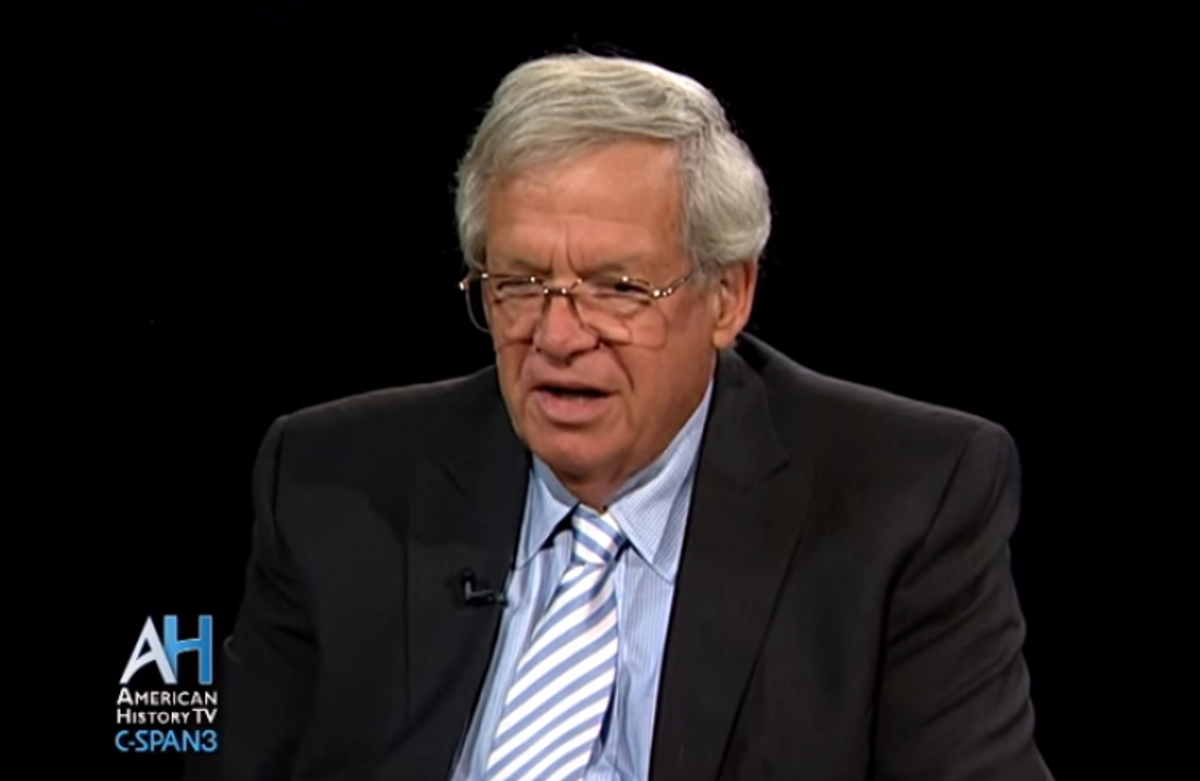 Now that former GOP House Speaker Dennis Hastert has been arraigned for his part in what authorities claim was a decades long effort to keep secret his alleged sexual abuse of young boys during his days as a high school  wrestling coach, his past records are drawing intensified scrutiny and --  shocker -- the evidence of his astronomical hypocrisy is growing.

The Republican firebrand is accused of lying to FBI investigators about a scheme to pay $3.5 million to a former student for reported sexual misconduct by Hastert while he was high school teacher from the mid-1960s to the early 1980s. Hastert was arraigned in federal court in Illinois on Tuesday, where he pled not guilty to charges of lying and violating banking laws.

Politico dug through Hastert's archive and found he kept a file in his Speaker's office titled "Homosexuals" that reportedly was "filled with policy statements from social conservative groups like the Traditional Values Coalition and the Family Research Council that criticized same-sex marriage and Clinton administration efforts to prevent discrimination against gays and lesbians" and included a rambling 1996 National Review column, "Pedophilia Chic," warning of  "hip" and "sophisticated" liberal media outlets who give "pedophiles a place at the table" and put in a "good word for Nambla." Rich, isn't it?

Housed at Wheaton College’s Billy Graham Center for Evangelism in Illinois, the archives of the House's longest-serving Republican speaker are choke-full of notes from the conservative's time as one of the leader's of the so-called Moral Majority, including a letter to his constituents that warned of a sexual predators on the Internet.

Tellingly missing from the archives, any mention of one of the biggest sex scandals of Hastert's 1999-2007 tenure -- the revelation that former Rep. Mark Foley's (R-FL) had sent a series of sexually suggestive messages to underage boys in Congress' now defunct page program.