I got slimed by Megyn Kelly and Howard Kurtz: Fox News just declared war on me 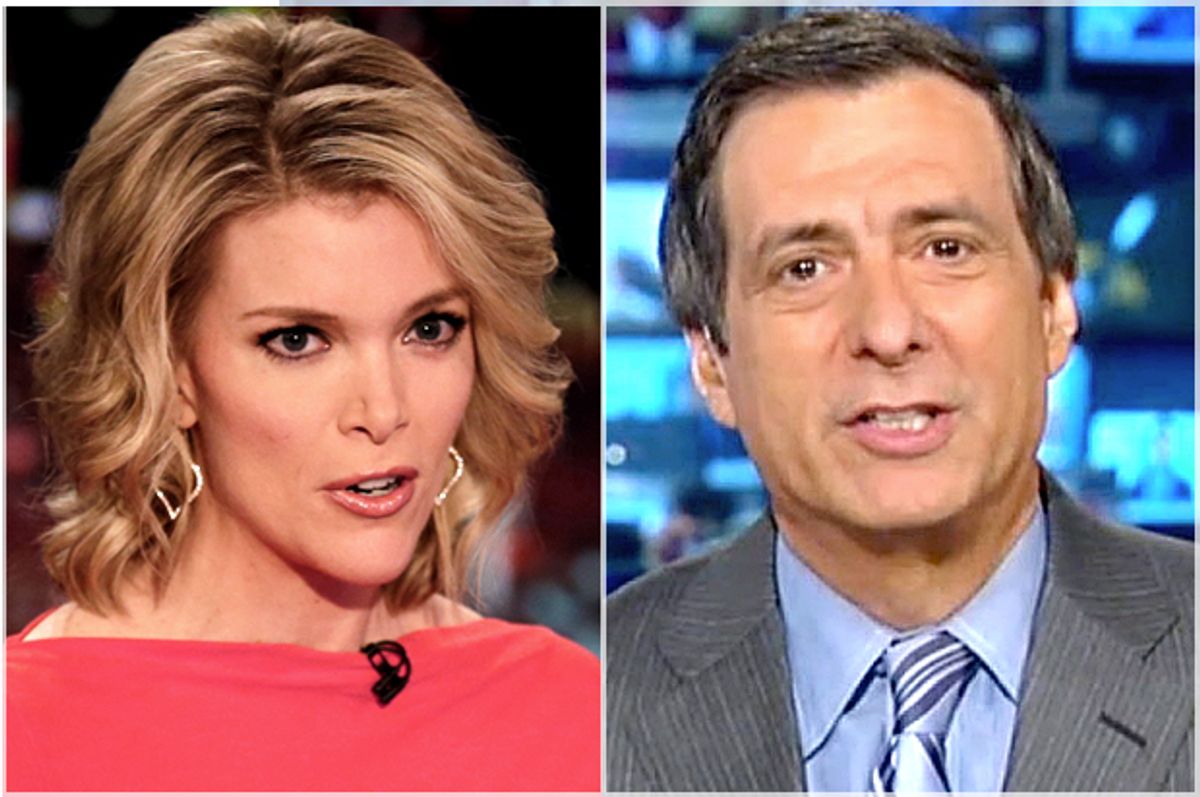 On Wednesday's "The Kelly File," host Megyn Kelly and Fox News media analyst Howard Kurtz attacked Salon for having the audacity to quote them accurately and at length, as well as embed a video of their conversation so that readers can judge for themselves whether the summary provided is accurate or not.

In the segment, captured by Media Matters, Kelly said that "some in the left-wing press continue to use this incident to dishonestly push their own agenda. Case in point -- Scott Eric Kaufman, a writer at Salon, a site that often descends into partisan hackery, repeats a Media Matters lie...suggesting that yours truly 'spent half the program trying to justify the police in McKinney.'"

She noted that only two out of the six segments that aired were about McKinney, so technically, she's correct -- she only devoted 14 minutes and 38 seconds to her coverage of McKinney, which given that the show came in at 38 minutes, isn't quite half the program.

However, as if to prove that Salon was correct, she offered a tightly edited highlight reel of her coverage of McKinney in which she did, in fact, say exactly what Salon "accused" her of saying. Moreover, unlike Salon, Kelly's hyperbolically deceptive editing of her own clip demonstrated exactly why we here at this humble publication embed the entire video in our articles -- and preferably the ones provided by Fox News itself. (The video of this segment was not, for whatever reasons, posted on the official daily feed of "The Kelly File.")

Kelly went on to say that Salon "distorted" her comments by not publishing a transcript of the entire exchange, which to be fair, we did not. We assumed that accurately quoting her, doing so in context, and providing a video to her entire commentary would be sufficient.

Howard Kurtz disagreed, claiming that Salon selectively quoted Kelly -- which, again, is technically accurate given that we did not post a transcript -- and adding that the worst part is, "it gets into the echo chamber."

My former colleague, Arturo Garcia, alerted me to the fact that Kelly and Kurtz had attacked me by name late last night, but I still would have learned of it via my Twitter notifications, which were piling up like an early morning accident on the Lake Pontchartrain causeway. Or by the illiterate hate-mail -- much of it so poorly written, Gmail automatically flagged it as spam -- that has poured in unabated since the segment aired. But, if I'm going to destroy the reputation of American journalism, I'm happy to do so by doing what I do best: accurately quoting talking heads and providing videos of their diatribes so that readers can judge, for themselves, whether I'm being intellectually honest when I quote people.