Rupert Murdoch is out as CEO of 21st Century Fox: Billionaire mogul reportedly steps aside for son James 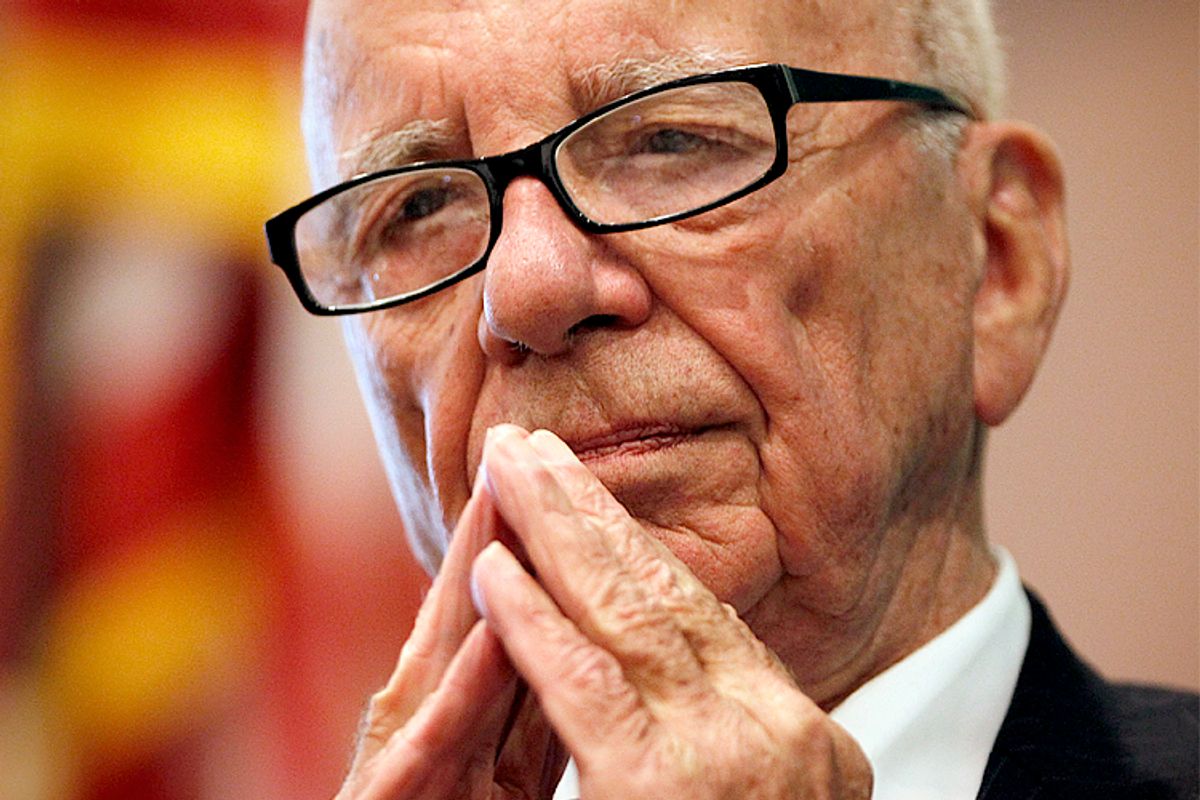 Rupert Murdoch is reportedly preparing to step down as CEO of 21st Century and hand over the reins to his son, James Murdoch.

A company spokesperson confirmed to CNBC that "that the matter of succession is on the board of director's agenda at its next regularly scheduled meeting" and apparently Murdoch intends to keep it a family affair. According to CNBC, "Mr. Murdoch will continue to be the executive chairman of Fox, while his son Lachlan would also become an executive co-chairman of the company...while James Murdoch would take over the day-to-day management of Fox, he will work in tandem with his 43-year-old brother Lachlan and his father."

Fox COO, Chase Carey, one of the only non-Murdoch family members at the top of the media conglomerate is also expected to retire.