A banner week for Fox News racism: McKinney & attacks on a desegregation initiative show the white-grievance network at its worst

Are you an abusive white cop, or a rich person facing the scourge of mixed income housing? Fox is there for you 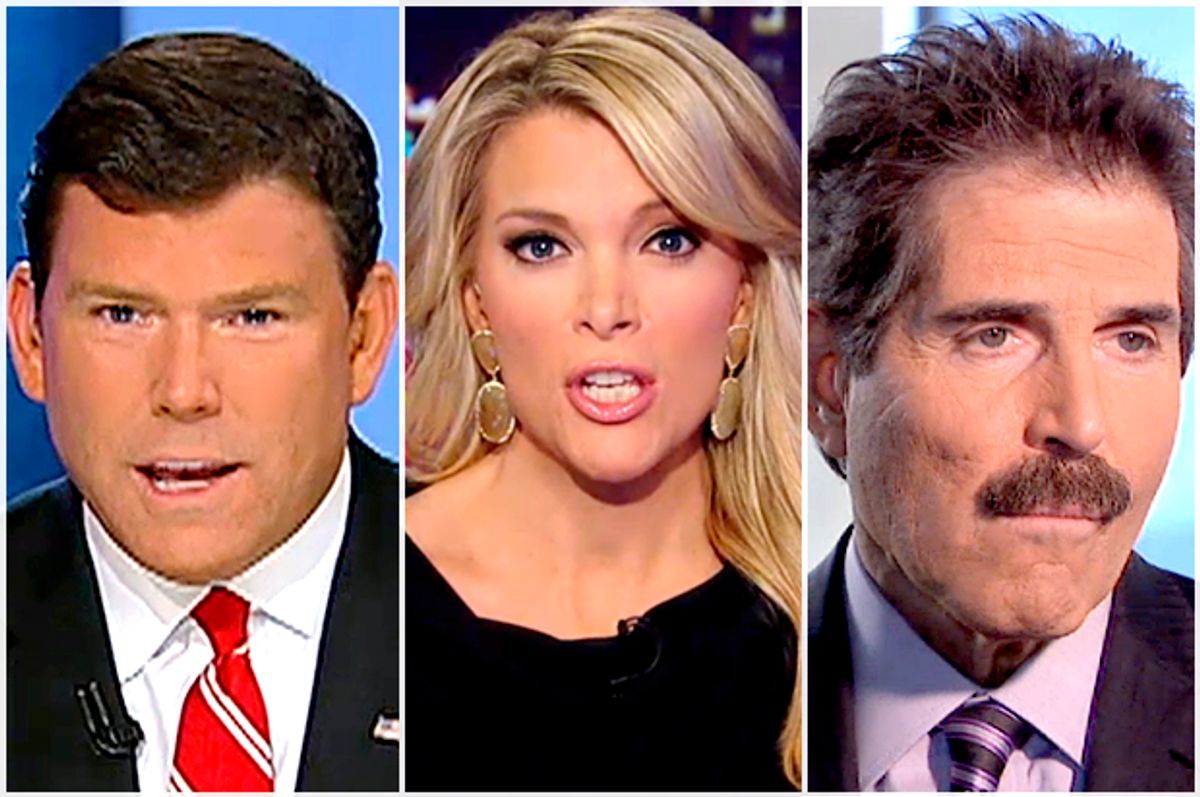 It’s well documented that Roger Ailes built Fox News after earlier work to establish openly conservative television projects failed. From his Nixon-era efforts to create a pro-administration “Capitol News Service,” to his work on the Joseph Coors-funded “Television News Incorporated” in the '70s, to Fox today: there’s a through line reflecting Ailes’s belief that the news media skews liberal, and Republicans need a voice of their own to counter it.

What’s remarkable today is how much Fox News also looks like a project expressly designed to promote the interests of an embattled white minority: the TV arm of the National Association for the Advancement of White People. From hosts and guests ferociously defending McKinney police officer Eric Casebolt after he pulled his gun on young black people and offensively man-handled a 15 year old black girl, to their hysteria at the Obama administration’s small effort to promote mixed-income housing in wealthy neighborhoods, it was a banner week for the network’s increasingly shrill defense of white “victims.”

Megyn Kelly is angry that Scott Eric Kaufman and Salon picked up on her defense of Casebolt, including her calling his 15-year-old female victim “no saint.” It seems Kaufman said she spent “almost half” her show on McKinney, when she spent only 15 of 38 on-air minutes on it. In fact, 19 minutes would have been half the show; we’ll let you decide if 15 is close enough to 19 to say “almost.”

But it was stunning the extent to which Fox became the headquarters for Casebolt’s defense. The police officer himself acknowledged his response to the pool party was problematic; he apologized through his lawyer, and blamed the “stress” of having witnessed a suicide earlier in his shift for his bad behavior. Fox couldn’t even go as far as Casebolt did in admitting the officer’s actions were wrong.

Why did Fox feel it necessary, anyway, to spend so much programming time defending an officer in a small Texas town who was captured on video chasing down black teenagers, some of them doing absolutely nothing, and roughly forcing them to the ground, into submission, like an animal control officer trying to round up wayward pets? The libertarian magazine Reason has an eloquent rejoinder, here.

Then there was the network’s meltdown Thursday over the Housing and Urban Development Department plan to help poor people leave concentrated pockets of poverty by incentivizing the development of affordable housing in wealthy neighborhoods. Bret Baier’s Special Report introduced the plan with the chyron, “There Goes the Neighborhood.” On the O’Reilly Factor, John Stossel sputtered, “Now this will be more money for bribes” to desegregate white neighborhoods.

Megyn Kelly herself railed against the administration for targeting “quote, ‘unequal neighborhoods,’” and charged “they want to diversify the communities whether the communities want it or not.” Those poor communities! Kelly's defense of the wealthy made her a hero to the wingnuts over at Newsbusters:

A few hours after the major broadcast networks ignored this story on their evening newscasts, Kelly made clear her disdain with the President and referred to him as “[t]he man who changed your health care system forever” that’s “now pushing to change your neighborhood” and especially “if Uncle Sam feels it is not inclusive enough.”

But we should expect no less from the woman who has bravely championed the right of little white children to believe in a white Santa.

Of course, appeals to white backlash politics have always been crucial to Fox, and to Ailes: that was a key component of Richard Nixon’s comeback. And Fox’s growing emphasis on race dovetails with the GOP’s increasingly open status as a white party. Ann Coulter recently said it would be “electoral suicide” for Republicans not to work hard to “drive up the white vote.” Clearly Ailes agrees. But it’s still remarkable: If you were intentionally trying to create programming for embattled white people, Fox is exactly what you'd program.

We saw in 2012 the way Fox hurt the GOP by creating a bubble where everyone believed Mitt Romney was going to win, and Karl Rove suffered humiliation at the hands of Kelly herself when he tried to stop the network from calling the race for Obama. In the longer run, Fox is doing the same by fostering the fears of the aging white minority. Championing an increasingly crackpot set of white victims – from Phil Robertson to Cliven Bundy to the Duggars – isn’t helping either. But for now, it makes Rupert Murdoch enough money, so it will continue.