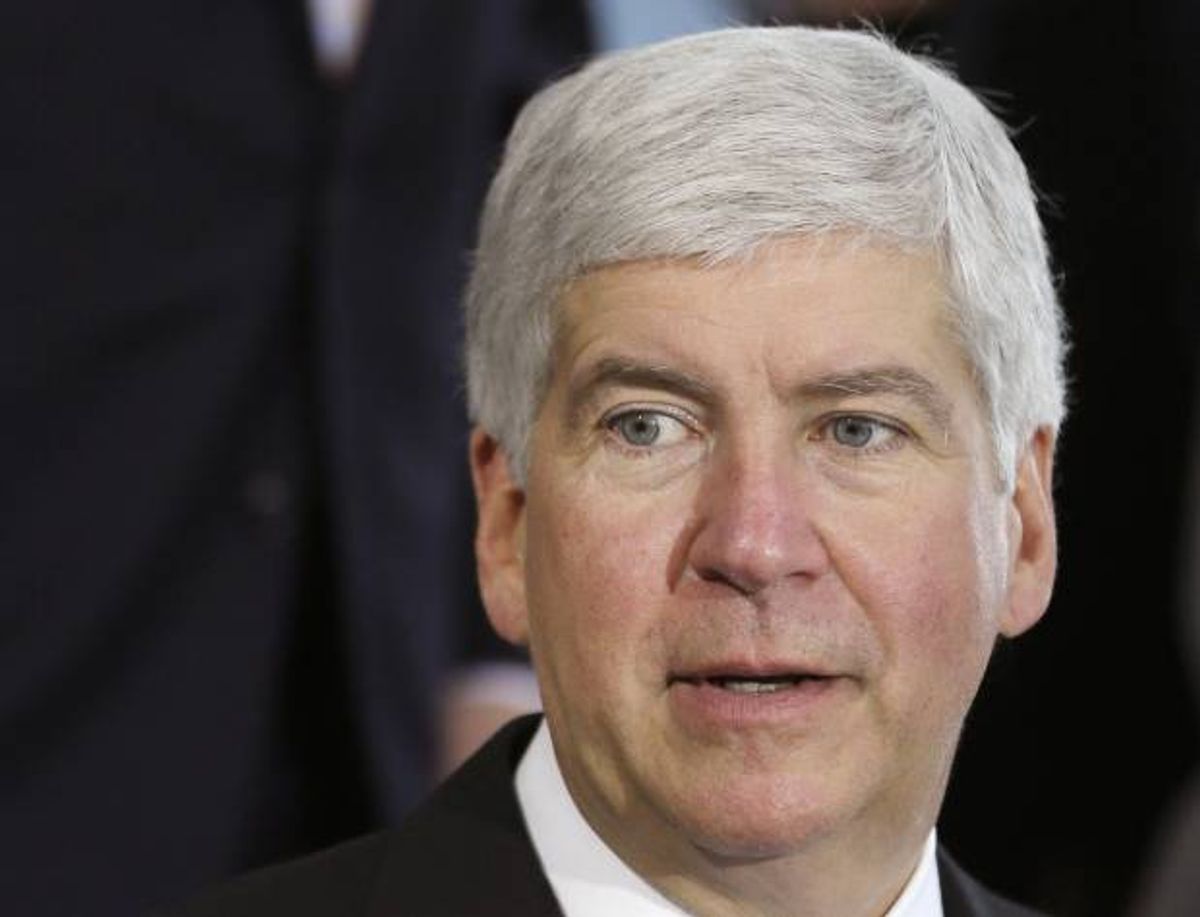 Adoption rates in Michigan have gone up, and Republicans in the state responded to the achievement by making it harder for some Michigan residents to adopt. On Thursday, Gov. Rick Snyder signed into law three bills passed by the Republican legislature that allow agencies to refuse adoption to same-sex couples based on religious beliefs.

Now that all the brouhaha over gay weddings and pizza parlors over in Indiana has died down, Snyder has become the latest governor to sign discrimination into law, despite his promises to veto any so-called religious freedom bills back in April. According to the state Department of Human Services, religious adoption agencies are budgeted to receive nearly $10 million in state and federal monies this fiscal year.

Snyder took less than 18 hours to sign the trio of bills after the Republican-controlled state Senate unexpectedly sent the legislation to the governor Wednesday evening.

Snyder noted a significant increase in the statewide adoption rate in recent years, in his statement, before citing a need to "prevent faith-based agencies from having policies forced on them that violate their religious beliefs" which he claimed had "resulted in agencies closing in Massachusetts, Illinois, California, and Washington, D.C."

First elected in 2010 and re-elected last year, Snyder is generally regarded as one of the more moderate members of the GOP. Two years ago, he opposed a bill mandating transvaginal ultrasounds for women seeking abortions, and while he personally opposes marriage equality, he chose not to appeal a court ruling striking down Michigan's same-sex marriage ban. But as his latest actions attest, Snyder's moderation extends only so far.