Highly logical California lawmaker says abortion causes drought -- which means it could probably cause these other bad things! 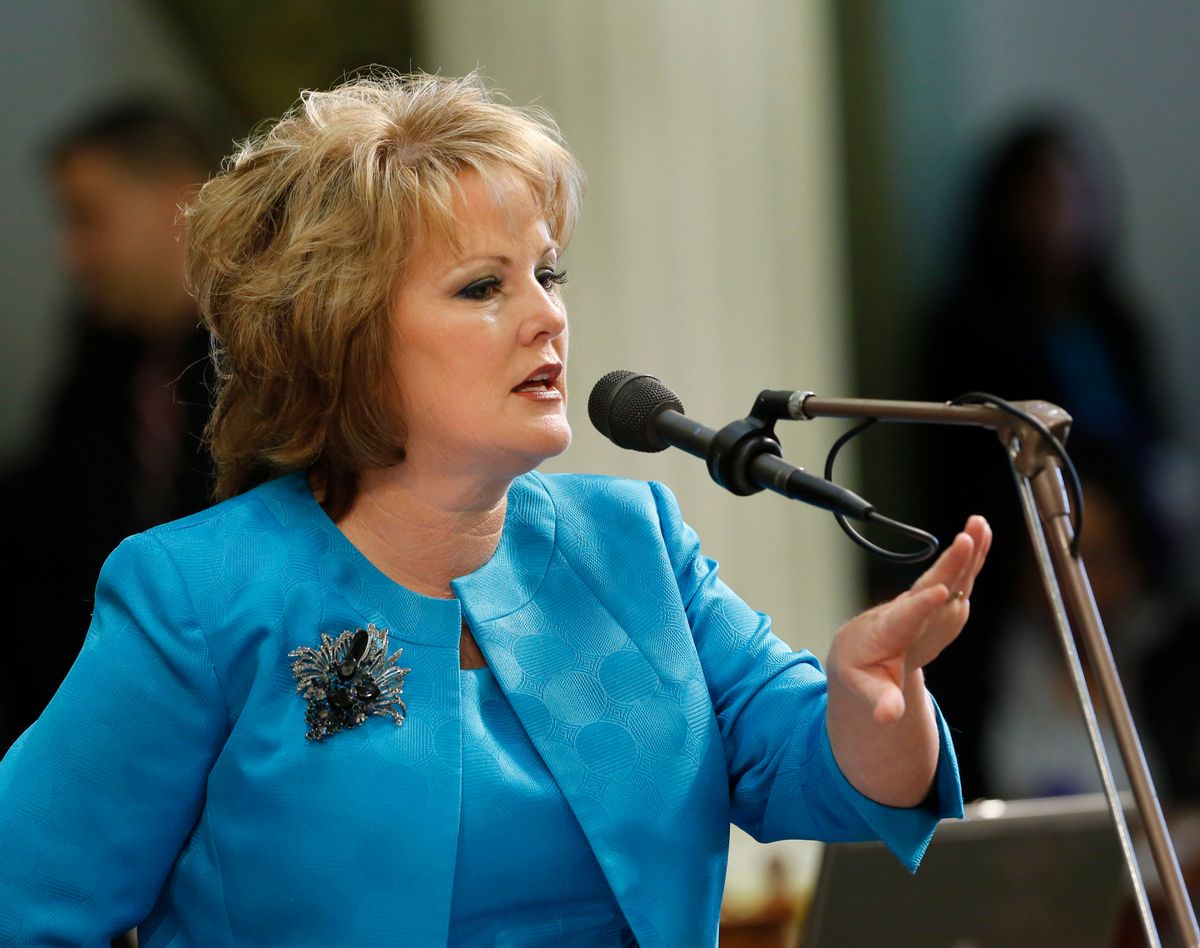 There have been a lot of very logical right-wing explanations for California's horrific drought: It's because of environmentalists. It's because of homosexuality and same-sex marriage. It's because of abortion -- or, more specifically, from the deep-blue state's failure to enact enough draconian antiabortion laws, according to Republican state lawmaker Shannon Grove.

At a recent California ProLife Council event honoring the state's few anti-choice legislators, Assemblywoman Grove approached the podium with her bible in tow, which she reportedly held above her head before she began her pronouncements. “This is the infallible word of God,” Grove said. “I fear Him more than I fear anyone.”

According to RH Reality Check, Grove then went on to offer her very logical explanation for California's extreme water crisis:

“Texas was in a long period of drought until Governor Perry signed the fetal pain bill,” she told the audience, presumably referring to HB 2, the omnibus Texas abortion bill that included a 20-week ban based on junk science. “It rained that night. Now God has His hold on California.”

It is indeed true that since Perry signed the extraordinarily restrictive antiabortion law -- the enforcement of which has left fewer than a dozen clinics open in the massive state -- Texas has seen the end of its drought. And it would seem, to use Grove's logic, that The Lord celebrated by sending some epic floods to parts of the state and killing more than 30 people a mere two years after HB 2 was first enacted. (Perhaps God was just waiting to make sure the Fifth Circuit held up its end of the deal.)

As Salon's resident writers on feminist issues and sustainability, however, we are skeptical of Grove's logic. We know that abortion can allow women to have more opportunities in the workforce and greater economic success, as well as basic reproductive and bodily autonomy, but there's not a ton of research about the whole drought thing. We also know antiabortion laws are associated with increased rates of poverty, maternal and infant mortality, and generally worse health outcomes for women and children. Oh, and there's no clear correlation between abortion restrictions and precipitation...yet.

As for what else could have caused California's drought, there are a few possibilities: recent research has found that natural variability could be to blame for the state's historic period of dryness, although scientists also agree that global warming is definitely exacerbating the situation.

But Grove might be on to something. Perhaps God's wrath over the existence of too few abortion regulations has caused many other problems we never even considered. Maybe the worst is yet to come. We can't really say for sure, though, because neither of us is super familiar with how Grove's God tends to lash out when he's pissed; based on our own religious understandings, there might be a lot of frogs or locusts or stuff in California's future. These are also possible outcomes: