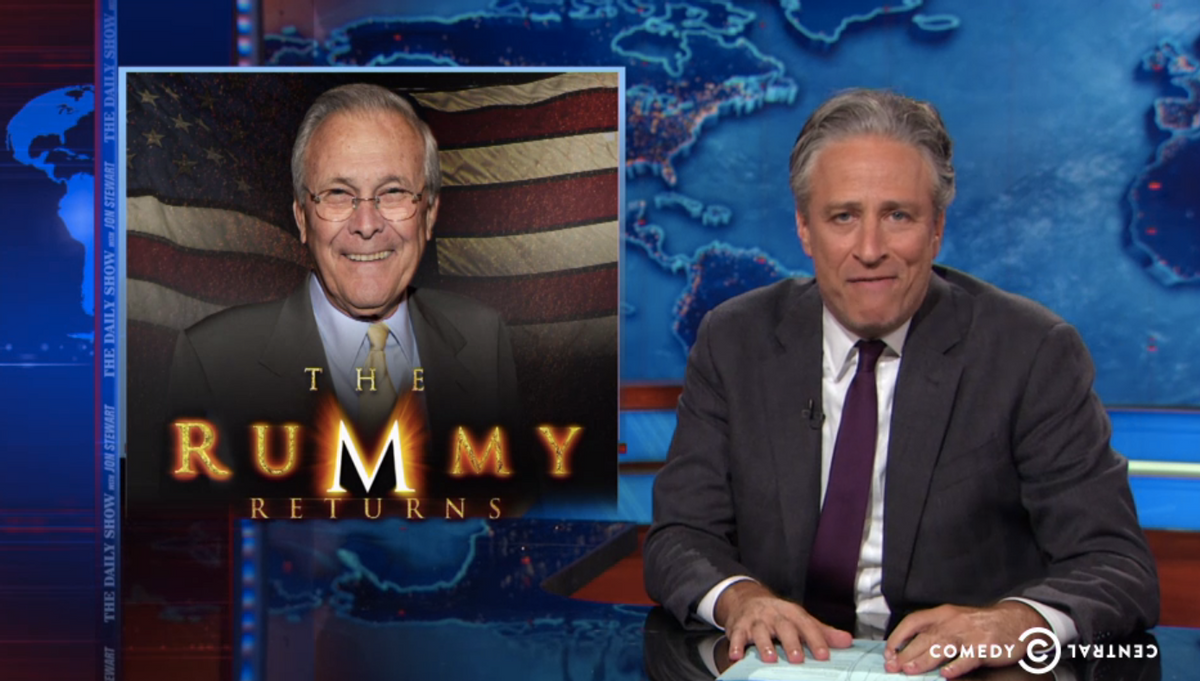 The former Defense Secretary claimed in a recent Times of London article that he knew from the outset that invading Iraq in the name of democracy was a bad and "unrealistic" idea. "I was concerned about it when I first heard those words," he was quoted saying.

"I think we can file that under 'Comments That Might Have Been Useful Earlier,'" Stewart said, recalling a starkly contrasting conversation he had with Rumsfeld on "The Daily Show" back in 2011.

"No matter what evidence, arguments, or historical facts you put in front of them, they think learning curves are for p*ssies!" Stewart said, but signed off with some words of optimism to counter it. "Never stop trying anyway. Because there's always hope that one day, they'll think, just for a second."