Now, in NC, a public employee can refuse to grant a couple a marriage license for any "religious" reason 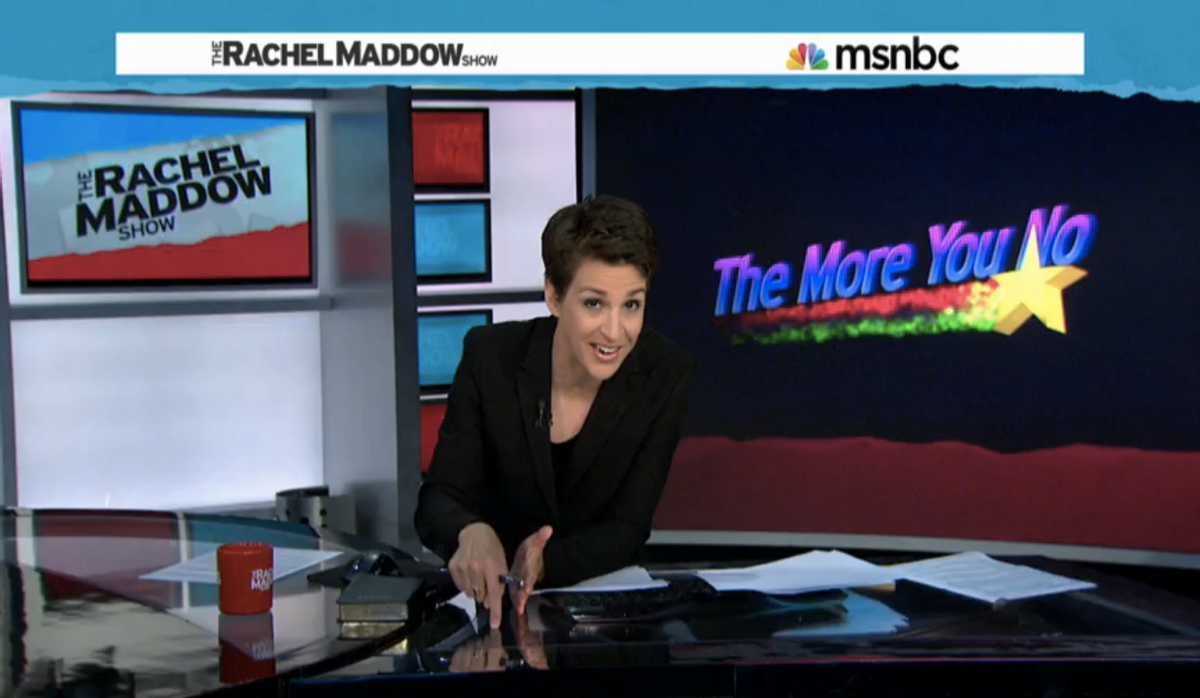 On Thursday's edition of "The Rachel Maddow Show," Maddow discussed two different pieces of anti-gay legislation that quietly passed recently. The first, which the Michigan governor signed into law one day after it passed the vote, allows adoption agencies to refuse to serve any couple for any reason, if that reason conflicts with the agent's religion. The second occurred in North Carolina, which passed a law saying that local officials do not have to give someone a marriage license if that official has a religious objection to the marriage.

"Michigan Republicans want foster kids to not be placed in otherwise loving, suitable homes because God might tell some adoption agency employee that a Muslim family in Dearborn, Michigan is inherently unsuited to raise children because they have not recognized the gospel of Jesus Christ," she said.