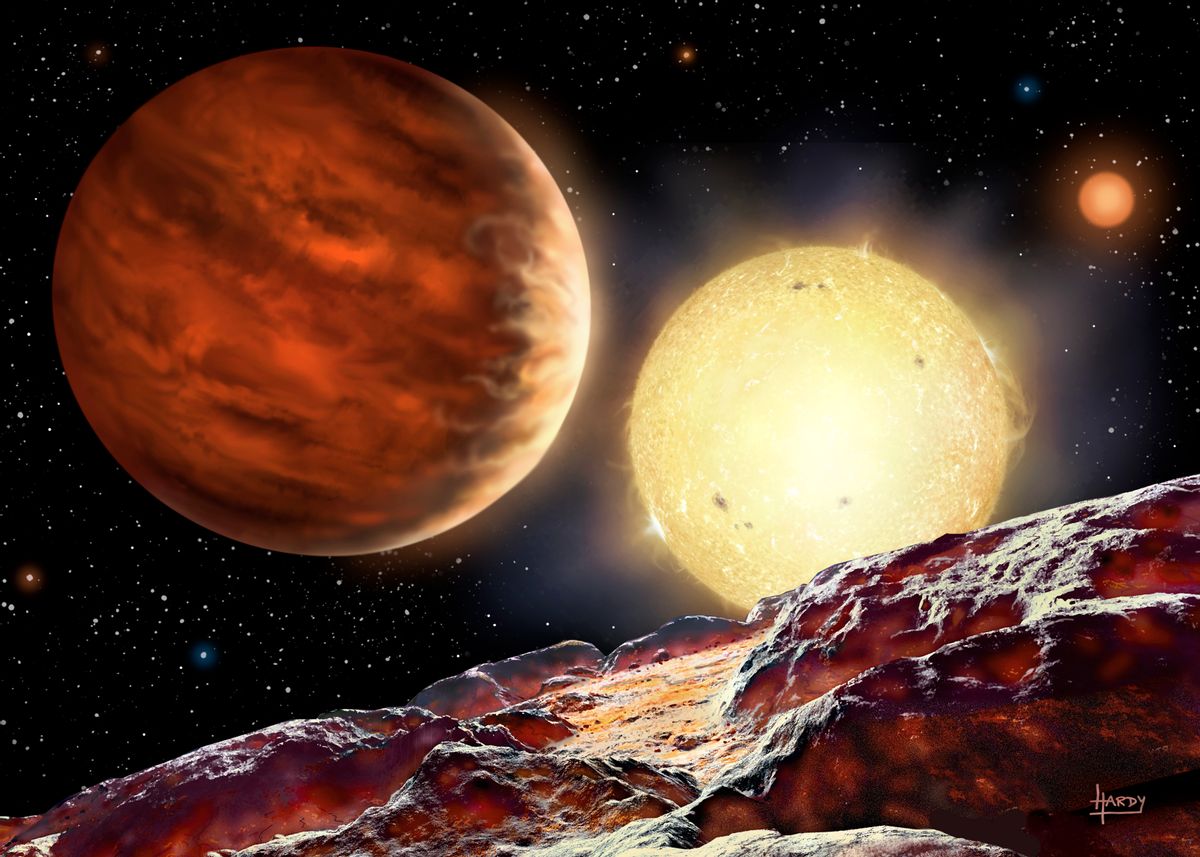 An artist's rendering of the star (David A. Hardy)
--

When Tom Wagg was a 15-year-old student at Newcastle-under-Lyme School in the U.K. when he participated a week-long "work experience" at Keele University. His job was to look through data archives to identify what might be possible new planets. On his third day, he found something that looked promising, and two years later it has been confirmed: Wagg found a planet.

"It was just my third day when I spotted what looked a good candidate, but I had already gone through more than 1,000 sets of data by then," said Wagg in an interview with the BBC. "It looks boring, but when you think about what you're actually doing it's amazing really."

The planet has been named WASP-142b and orbits a star in the Milky Way galaxy about 1,000 light years away. Although that's too far to obtain a visual image of the planet, the university's team thinks it is probably around the size of Jupiter with an orbit that takes only two days.

"It is very difficult to do, no matter how good you are at actually looking for them," Wagg continued. "In a way, some of it comes down to luck. Just finding it... you can be as good as you want and still never find one."

Unsurprisingly, Wagg is a straight-A student and plans to study physics in college.