Whatever they're paying you, it's not enough for your dignity 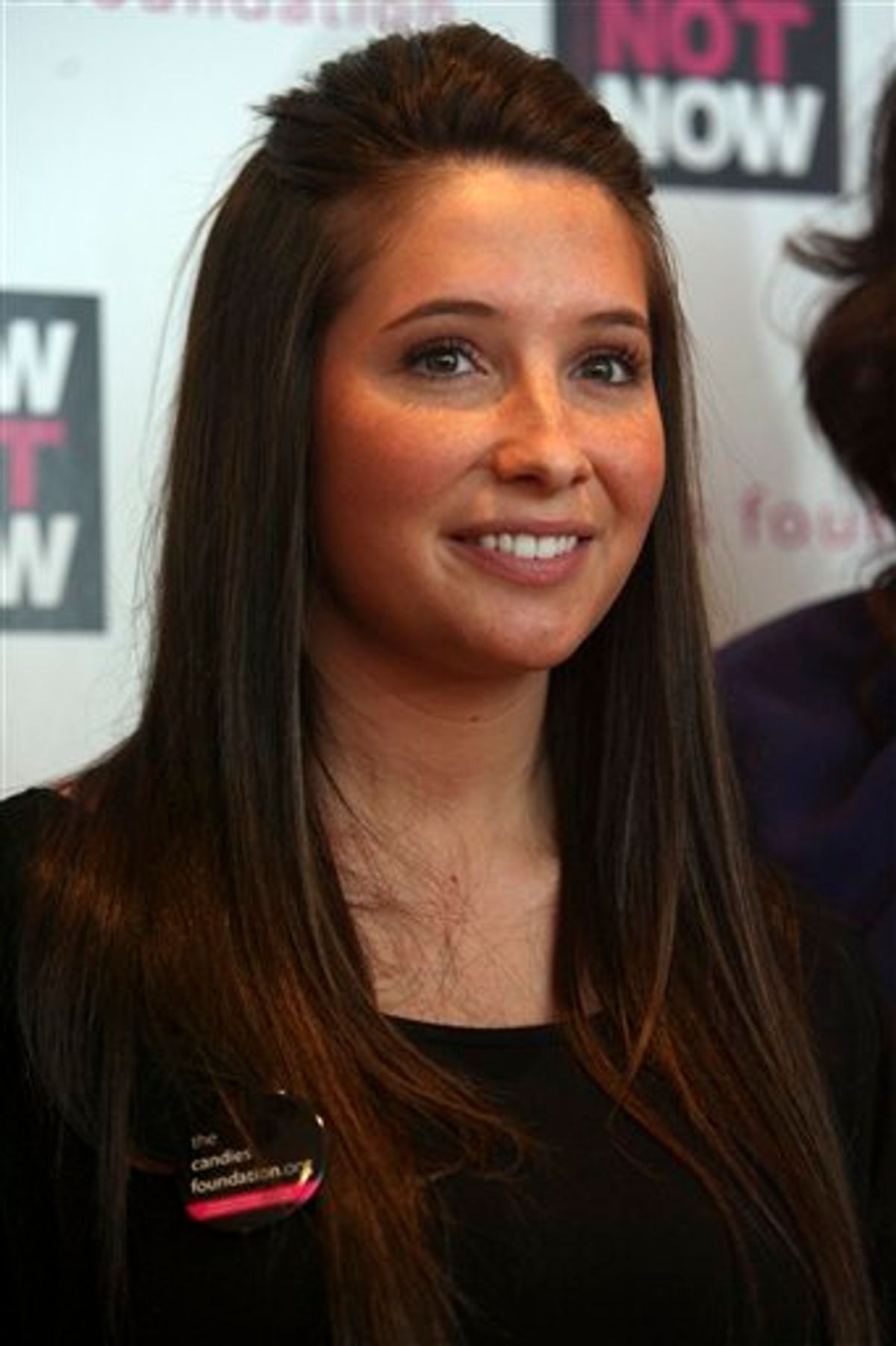 So, at Patheos.com -- a sort of Blogspot.com for god-botherers and the people who like to write about them -- there is a blog ostensibly written by former half-term Alaskan First Daughter and teen mom drop-out Bristol Palin.

Now, it is sort of an open secret that the Palin family employs a pack of ghost-writers who handle their Tweeting, Facebook posting, book-writing and other hard word-y stuff. This leaves the fame-chasing Republican grifters themselves more time to give rambly, incoherent speeches, start drunken bar-fights and cancel their weddings.

On Friday, "Bristol" decided to unload on Miley Cyrus, whose Happy Hippie Foundation has donated millions to a number of pro-LGBT organizations including shelters for homeless teens and TransLifeline, an 800-number for trans teens and others in crisis.

Cyrus herself has come out as being bisexual and non-binarily gendered, declaring in a Paper magazine interview, "I am literally open to every single thing that is consenting and doesn’t involve an animal and everyone is of age. Everything that’s legal, I’m down with. Yo, I’m down with any adult — anyone over the age of 18 who is down to love me."

But it was the former Disney Channel mainstay's remarks about the repressive nature of conservative Christianity that moved "Bristol" to get up off the couch and take to the blogosphere to frantically clutch after relevance once again.

And here is where I must address you directly, ghost-writer, and tell you that it's a dead giveaway that you're not the actual Bristol Palin because you're writing on at least a sixth grade level.

"In her cover story for Paper magazine," you huffed, "Miley Cyrus spoke candidly about her sexuality, her hippie lifestyle, and her politics. While her nude photo shoot has attracted the attention of many, it is her hilarious tirade about tolerance that turned my head."

Okay, there are few things I know for certain in this world, but one thing I would lay my last fifty dollars on is that Bristol Palin thinks the word "candid" is how European people spell something that's been dipped in sugar or maybe that it has something to do with yearbook pictures? But she absolutely doesn't know how to use it as an adverb.

She thinks a tirade is that thing that gets the lug nuts off the car wheel when you have a flat tire. Just...really. You could at least try to sound like you're a high school dropout from Wasilla and not a Liberty University graduate who got fired from their job writing photo captions at Parade for plagiarism.

What are they paying you? Are you one of the employees at "Aries Petra Consulting" to whom Palin paid $22,000 in 2012 for "Internet messaging?" Or has that generation of harried underlings been "broken, used, stepped on," and left "down in the dust," like other previous waves of Palin employees?

Whoever you are and whatever you make, it's not enough. Look. Send me your resume. I will help you find some better job where you get to sign your name to your work and you never have to hear That Voice squawking at you from the other end of your phone. I won't tell a soul.