Bill Maher and Jeff Ross rip into Jerry Seinfeld's anti-PC tirade: "If Jerry Seinfeld is too politically incorrect for you, maybe you should look in the mirror" 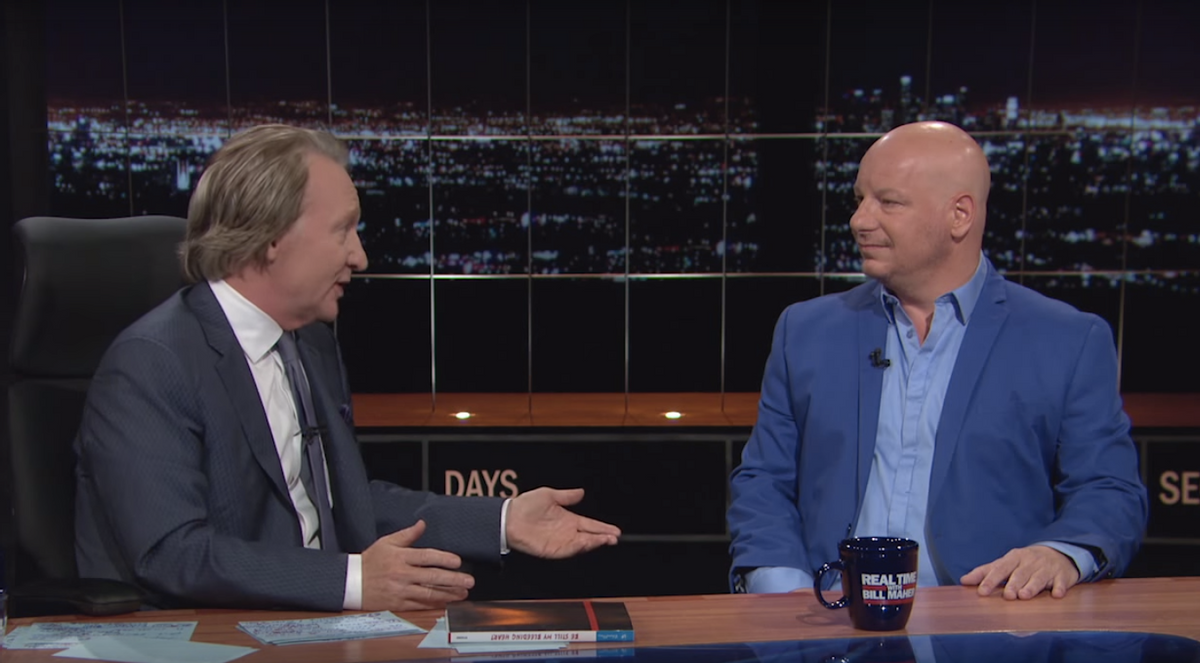 Maher invited roastmaster-comic Jeff Ross to the show Friday night to unpack last week's Jerry Seinfeld debacle, in which the comedian said in an ESPN Radio program that he's stopped performing at colleges because students these days are too PC to "get" his material.

The "Real Time" host opened the segment, explaining "if Jerry Seinfeld is too politically correct for you, maybe you should look in the mirror."

Ross backhandedly complimented Seinfeld for sticking to his guns, saying it was refreshing to see someone, "who is not necessarily considered an 'edgy' comedian, stand up for comedy as an art form."

He went on to say, grossly, that "there are a lot of hot chicks and money at colleges -- I dunno! A groan is as good as a laugh."

"We have a responsibility to shine a light on the darkest aspects of society," he said.