Fiorina's mic gaffe five years ago, albeit "no more incendiary than a bit of warm pasta," will haunt her forever 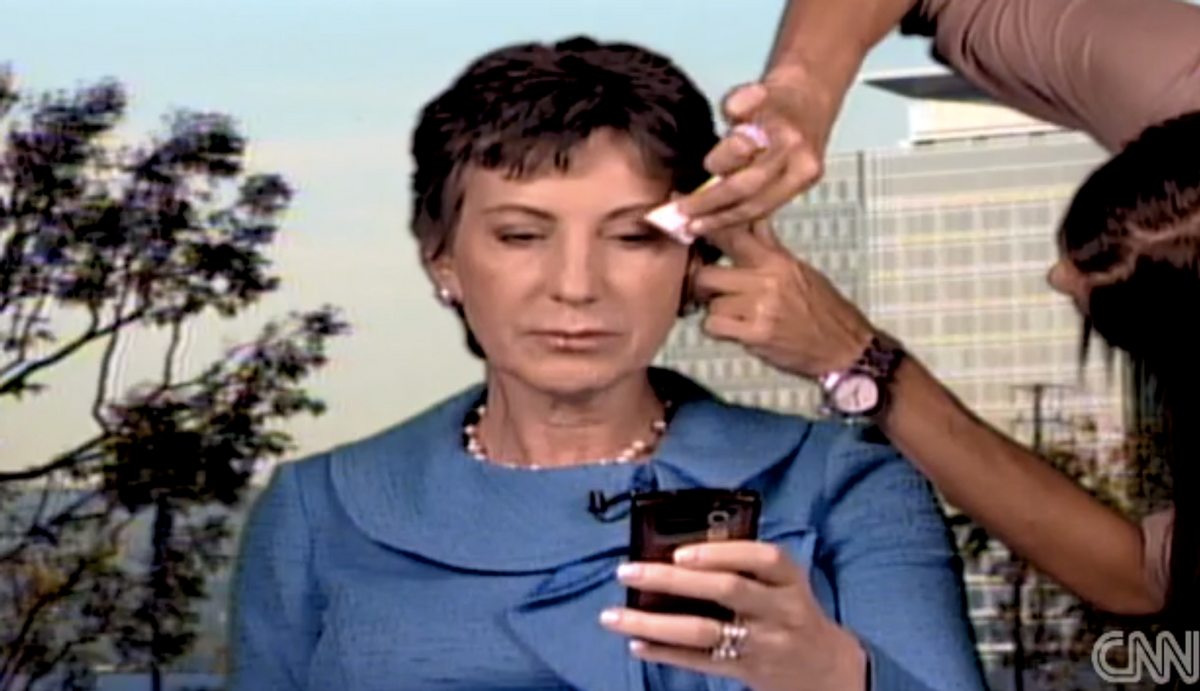 Here’s what was buzzing around the Internet for the week of June 13, 2010:

Carly Fiorina kicked off her presidential campaign last month with a video of herself powering off Hillary’s announcement with a remote, an all-too-fitting — if not stupidly on-the-nose — piece of imagery for the former Hewlett-Packard head whose political strategy, dating back to 2010, has been premised on the "sorority girl" taunting of her female opponents.

She's attempted to power them off, if you will, one by one with cheap jabs at their fashion choices -- from sunglass etiquette ("Who wears sunglasses at a Chipotle?") to pantsuit flaunting ("Picking out pantsuits is what Hillary considers a 'hard choice'? I’m over here fixing ISIS stuff.").

But before she'd have a Hillary to feverishly obsess over, she'd have to work her way up. Enter: Sen. Barbara Boxer, D-Calif., rival for the California Senate seat back in 2010 whose hair deeply offended Fiorina at the time. And there's CNN video footage so we never, ever forget.

Coming off the victory of her three-way primary, Fiorina began ripping into Boxer while waiting for her interview with CNN affiliate KXTV -- completely unaware that the camera was rolling.

Because the year was 2010, Fiorina delivered the following iconic sentence while typing away on her Blackberry mobile device: "'God what is that hair?' So yesterday!'"

Jennifer Steinhauer of the New York Times predicted that the gaffe, while "no more incendiary than a bit of warm pasta salad," would haunt Fiorina forever, both informing and confirming her "tart and unpleasant" days at Hewlett-Packard. And she wasn't wrong. (Here we are five years later.)

"The [gaffe will] open the entire campaign to perceptions, however tired or unfair, that women can be dragged down the road of pettiness, perceptions that detract from the serious and pressing issues of the day," she said.

In the days following the incident, Fiorina and her staff made no effort to reverse public perceptions. In a statement to CNN, Fiorina's campaign shrugged off the comments as "early morning small talk." Even more remarkably, when asked about the gaffe by Greta Van Susteren, Fiorina would refuse to apologize. “I was quoting a friend of mine. My goodness, my hair's been talked about by a million people, you know? It sort of goes with the territory," she said.

Watch the glorious moment below which, just like Barbara Boxer's haircut, is now soooo yesterday.