The "Daily Show" alumnus on diversity in mainstream movies, Jon Stewart's departure and his new show on HBO 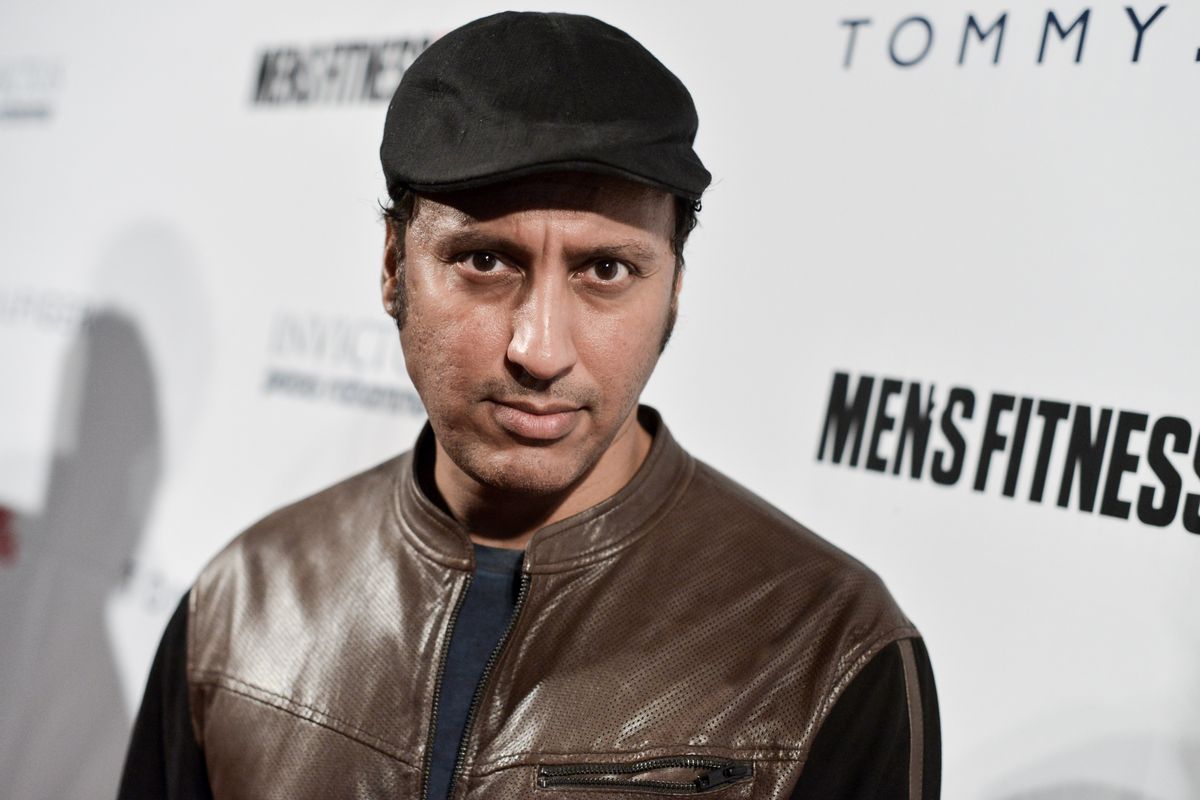 This couldn’t be a more topical interview. Aasif Mandvi might be most famous for his hilarious commentary on The Daily Show, but he’s also a very well-regarded actor, creator, artist, and writer.

At a time when we’re not having a debate about Islam and extremism so much as we’re slinging talking points past each other, Aasif Mandvi took time out of a very busy schedule to talk about Halal in the Family and much more.

Namely: He teases us with glimpses into his upcoming HBO show, The Brink; his time with Jon Stewart on The Daily Show, and some valuable insights on the fine line between free speech and hate speech.

I read your book, No Land’s Man, [Note: You should too. It’s wonderful.], and I’ve watched Halal in the Family. What’s sparked your interest in combating Islamophobia?

We did a piece on the Daily Show five years ago, sort of spawned by Katie Couric’s saying American Muslims need their own Cosby Show, and we took that literally. We created this sketch, put it on the show, it was very funny and very popular, and that was the end of that.

Then, years later, I was approached by my manager, Lillian LaSalle, with a company called Moore and Associates, and they said to me, “Is there anything you want to talk about? Anything to make a social impact?” I had been on the Daily Show for a number of years at this point, and spoken to a lot of Islamophobes, people who had a lot of misinformation about Islam and Muslims.

It was a personal thing to me, and it was an issue I thought I could lend my voice to in a satirical space.

Were there any particular misconceptions or fears you wanted to address?

There was a lot of stuff about Shari’ah Law, the protests against the mosques, the standard stuff—the stories that kept coming up.

You work as an actor, a writer, a comedian, in a lot of creative spaces. What’s the line between free speech and bigotry?

Wow. What is the line between free speech and bigotry? Look, there’s always going to be free speech, and it’s a fundamental right. We are allowed to speak our minds. But bigotry will always exist—there will always be a certain amount of prejudice, and I don’t think you can eradicate that. What I wanted to do was address some of that prejudice, the misinformation that gets put out there.

We are definitely seeing more diversity today, in television and in movies. Probably more than we ever have. There are certainly more Asians, more South Asians, more people from the Middle East, portrayed on television today, as compared to when I started out.

But in Hollywood, Caucasian is still the norm. Your heroes are still Caucasian. So that is somewhere we need more diversity, in terms of who’s creating the stories, who’s starring in the stories, who the stories are about. You can have a lot of brown people, but if the story’s really about white people, then it’s diversity, but not the kind we need.

It doesn’t matter, at the end of the day, that you have more brown people. Nobody’s not watching a show because there’s not enough brown people on it.

You mentioned, in No Land’s Man, how you got the job on The Daily Show. It put you in a fascinating position. A lot of people in my generation turned to Jon Stewart for the news, and so they turned to you as a Muslim voice. They look at you as a spokesperson for Muslims. Do you then feel any responsibility to speak for Muslims? Does it limit you, or pressure you, in any way?

It’s not a responsibility that I chose to take on. It’s something that happened in the culture because there are so few Muslim voices, so few faces, so little representation. It became a thing: “You’re our friendly Muslim guy.” And because of the nature of what the Daily Show was.

People might not have known I was a Muslim had I been on a sitcom, but because it was my name being used, and had to do specifically with, say, the Middle East… but it was an identity that I didn’t wear on my sleeves before the Daily Show. My family is Muslim. But I don’t consider myself a very devout Muslim, but a cultural Muslim, whatever that means.

And there are things I’m going to do that might piss off Muslims. I did a play called Disgraced, in 2012, at Lincoln Center, which ultimately won the Pulitzer Prize. I played the lead character, a Muslim American, who had renounced Islam and became very anti-Islam. The subject matter of that play made lots of Muslims very uncomfortable but I have to adhere to being a Creator, to being an artist, to being a writer, to being an actor.

People don’t like to hear this, but my character on the Daily Show is a character. The way Mindy Kaling is playing a character. It’s a character, but it’s not me. Even though that character happens to have my name.

When Jon Stewart announced he was moving on from The Daily Show, there was a lot of speculation about who would or should get the spot, and I know a lot of people thought you should. Was that something you thought about, or that was discussed? Do you think it would have been a good idea?

For me it was never really an issue, because I have this HBO series I’m doing, The Brink. Jack Black, Tim Robbins. I’ve already been committed to that show. So that was one thing, on a purely contractual level I wasn’t really available. I had another job.

On a personal level, I don’t know if I want to take that chair. The conversation never came up, and I don’t know if it’s something that I would even want to do. That’s a tough role to fill. If I was going to do that kind of show, I might just want to start completely fresh, somewhere else… like, go to Al-Jazeera, I don’t know. Do a show, sure, but the Daily Show chair? I’m in the shadow of Jon Stewart—that’s tough. That’s not necessarily where I wanted to be.

Well can you tell us about your next project, The Brink?

The epicenter of the global crisis is Pakistan, but it sends the Middle East into a crisis, involving Arab countries, Israel, China. Everyone is reacting to this crisis including the U.S. government, which is reacting and trying to mitigate this crisis. We see the Foreign Service, the State Department, and the U.S. military. It debuts on June 21st.

We are short on time, so I want to make time for one last question: What’s your advice to people who want to be creators, who want to be writers, directors? You talked about your journey in No Land’s Man, from where you started to being nationally known.

What would you tell someone who wants to get her foot in the door?

Look, being creative means you create. One thing I always did in my career was writing. I always was writing. I was trying to create things. For myself, for other people. If you’re a creative person, a writer, a musician, a director, whatever it is, just do it. Get up and do it. And also: Go to school. Study. You know what I mean. Go to school, learn what it is what you want to do. A lot of people in Hollywood are like, I can do it, I can act, I’m just gonna go there, get an agent and do it. It makes a difference when you have a class—it’s like anything else. You’ve got to dedicate the time to it.

And here’s the thing, it’s not an easy road. It’s just something that you love, and if you can’t see your life being fulfilled if you don’t do it, then do it.