Culture is dead — again: It's the end of civilization as we know it (and maybe we feel fine)

Nobel laureate Mario Vargas Llosa says we're living in an age without culture or conviction, and he has a point 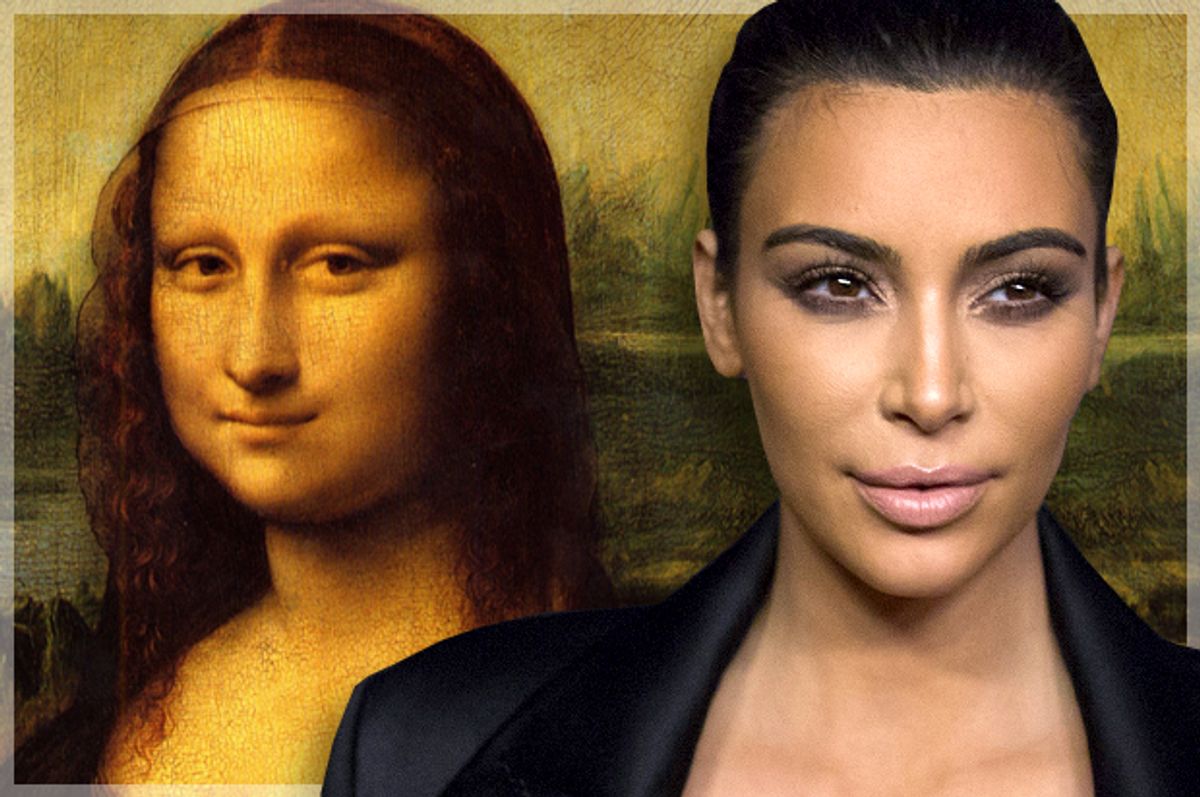 Western Civilization has been going to the dogs for so long that it's tempting to pipe up, like an aggravating child from the back seat during a long road trip, and ask if we're there yet. According to Peruvian Nobel laureate Mario Vargas Llosa, we are. His new book "Notes on the Death of Culture: Essays on Spectacle and Society" announces that culture -- at least as we used to understand it -- is now officially "dead." Sure, it might survive in a few "small social enclaves, without influence on the mainstream," but everywhere else it has been replaced with mere entertainment.

To the argument that standards are slipping, "Notes" offers plenty of unwitting support. Vargas Llosa, at 79, has produced novels of genius, most notably "The Feast of the Goat" (2000). But this book is a patchwork affair, a melange of recent writings, transcripts of speeches and short critical pieces published as long ago as the mid-1990s. Given that Western culture has been utterly transformed in the past 20 years by the Internet, these dispatches from the oblivious past seem less than relevant. The fact that the more recent pieces don't depart much from the opinions expressed in earlier ones does not inspire much confidence, either.

Yet Vargas Llosa lands several palpable hits, and who can deny that our culture -- from appalling reality TV shows to those ubiquitous "From Around the Web" links -- seems to be getting worse and worse? Of course we have the vague impression that people have always complained about their times, but that doesn't mean culture hasn't be rotting for ages. Maybe it's all been one long downward slide since time immemorial?

This sentiment has a name: declinism. And it has a history, a scholarly one that amounts to much more than the perennial grousing of adults about kids these days. The notion of studying how things go to hell is almost exactly as old as the modern practice of historiography, and begins (let's say) with Edward Gibbon's seminal masterpiece, "The History of the Decline and Fall of the Roman Empire."

The first of the six volumes that make up "The Decline and Fall" was published in 1776, and the last in 1789, which means the whole enterprise was bookended by two revolutions, in America and France. Gibbon's opus was about Ancient Rome, of course, but the subtext was clear; were Europe's superpowers poised to meet the same fate as the vanished empire? Similarly, the period around the 2003 invasion of Iraq saw a boom in books and articles about classical Greece and Rome, all presented as glosses on the imperiled state of the American empire and what might be done to preserve it.

Gibbon argued that Rome collapsed due to a decay in moral and military fiber among Rome's citizens, who became lazy, spoiled and inclined to hire outsiders to handle the job of defending their state. He also blamed religion, specifically Christianity, with its pacifism and mystical fixation on the next world, all of which undermined the manly, practical spirit that made Rome great. Gibbon was writing at the peak of the Enlightenment, and while "The Decline and Fall" tells a story of failure, it nevertheless supports the late 18th-century conviction that reason and action should triumph over superstition and fatalism to save Western Civilization from the dismal fate of Rome.

It was a little over a century later that declinism obtained its first full-fledged bard in the person of a depressed German schoolteacher named Oswald Spengler. In the early 20th century -- on the other side of the Industrial Revolution from Gibbon -- Spengler began work on "The Decline of the West," a sweepingly pessimistic work that perfectly captured the spirit of the times when it was finally published in the aftermath of World War I. Spengler, who was as romantic as Gibbon was rational, believed that world history had seen the rise and fall of several civilizations (including the Egyptian, the Classical, the Chinese and the "Mexican"). These things go in cycles he claimed, typically spanning 1,000 years. Not only is Western Civilization in decline, but that decline is inevitable.

Spengler is the ur-declinist, and although Vargas Llosa doesn't mention him in his motley exploration of the death of culture, you can sense Spengler's gloomy, ghostly hand everywhere in the book. Vargas Llosa does cite T.S. Eliot, who, in his "Notes Towards the Definition of Culture" (1948), predicted that we'd most likely proceed through a period of cultural "decay" to arrive at a state in which we have no culture at all. Vargas Llosa thinks we're already there.

This news will come as a surprise to the many, many writers who now describe themselves as cultural critics. (Wednesday Martin, author of "The Primates of Park Avenue," is just one example, recently in the news.) But Llosa rejects this new-fangled, anthropologically based definition of culture -- that is, as the agglomeration of customs, behaviors, knowledge and creative products of a given population. Instead, like Eliot, he considers "culture" to be more or less what most of us now label "high culture," specifically, "an autonomous reality, made up of ideas, aesthetic and ethical values, and works of art and literature that interact with the rest of social existence, and that are often not mere reflections but rather the wellsprings, of social economic, political and even religious phenomena."

That's how "Notes on the Death of Culture" reads, as a series of lofty compound sentences that seem to endlessly inhale and exhale clause after sonorous clause. (The book's translator is John King, but some of the incorporated shorter pieces have other translators and essentially the same stylistic mannerisms, so I assume they are native to the original prose.) There is a marked lack of specific examples, and given the 20-year period over which Vargas Llosa's observations range, it's often unclear just what he's talking about. (This is especially disorienting for American readers, given that Vargas Llosa's frame of reference is Latin American and Europe, rather than the Anglo-American world.)

What Vargas Llosa himself believes about the decline of culture is a blend of Eliot's thinking and the theories of the Situationist theorist Guy Debord, who argued that everything that was once genuine in culture has been replaced with "artificiality and falsehood." A Marxist, Debord blames this on commodity fetishism, in which the manufactured products we buy come to seem more real and important to us that human beings, while human beings increasingly get treated like purchasable objects. Eliot, on the other hand, was an old-fashioned conservative, who believed culture was rooted in tradition and religion, because these things, like art, music and literature, are how human beings find meaning in life and avoid succumbing to "boredom and despair."

Like Eliot, Vargas Llosa also believes that true culture will always be at odds with democracy. Culture is the province of an "elite," people who have the education, sophistication and willingness to make and engage with challenging and profound art and ideas. Like Debord, Vargas Llosa deplores a society in which we decide how good something is by how much people are willing to pay for it -- or, in the case of books, by how many copies are sold. To succumb to this thinking is to allow the marketplace to take over an aspect of our humanity that should remain sacrosanct.

So by any contemporary definition, Vargas Llosa is a snob. He isn't completely down on escapist entertainment -- he admits to being a "film-addict" -- but he doesn't think that the sort of culture he values should be entirely supplanted by stuff "made to be consumed instantly and disappear, like cake or popcorn." Tolstoy, Thomas Mann, James Joyce and Faulkner are culture, while ephemera like "Brazilian soaps, Bollywood movies and Shakira concerts" are not. And while he's at it, he takes shots at "conmen" artists like Damien Hirst and "frivolous" deconstructionist theorists who argue that reality does not actually exist.

Vargas Llosa's opinions are so unfashionable (to the point, at times, of attacking trends that are now defunct), that it would be easy just to dismiss him as an old man shaking his cane. Sometimes he's downright uninformed, as when he rants about tabloid journalism as if the same essential tactics (or worse) weren't employed by the gutter press of the 18th and 19th centuries. Surely he knows that one reason why the culture of the past seems so much better than today's is that only the best of it has been remembered and celebrated?

But Vargas Llosa, for all his squareness, does speak to a confusion at the heart of contemporary life. Maybe we don't want to reflexively sneer at simple entertainments that speak to the widest possible audience, but are we really willing to let the marketplace determine what's "best"? And if we're not, then what standards do we apply? Even progressives who would object to Vargas Llosa's references to "primitive" cultures still make value judgments -- perhaps based on political beliefs -- regarding books, films, TV programs and other creative works. Yet many of them would also hesitate to state that the true test of a work of art lies in the political ideas it advances; that would reduce something that ought to be "transcendent" (to use Vargas Llosa's term) to mere propaganda.

If by "culture," we mean a shared method for deciding and appreciating humanity's best creations, then Vargas Llosa may be right to declare its death. Who has the authority anymore to decree that a novelist or painter or film director is "great"? Everyone -- which is the same as no one, since you can't make it stick. The passionate reader of YA fiction refuses to let the fan of postmodern doorstop novels look down on her, and the "Star Wars" obsessive hoots at the critic who argues that Terrence Malick is a cinematic genius. Unlike Vargas Llosa, I think the unstable combination of audience and artwork can spark transcendence in the unlikeliest places -- one man's trifling entertainment is another man's revelation. But if culture is something we can all believe in together, then, yup, that's gone. And no doubt somewhere Oswald Spengler is smiling quietly to himself.