"We are whatever you want us to be": The gospel according to Black Sabbath

The legendary Terrence Butler on Northern Ireland, Satan and the band's tortured relationship with Christianity 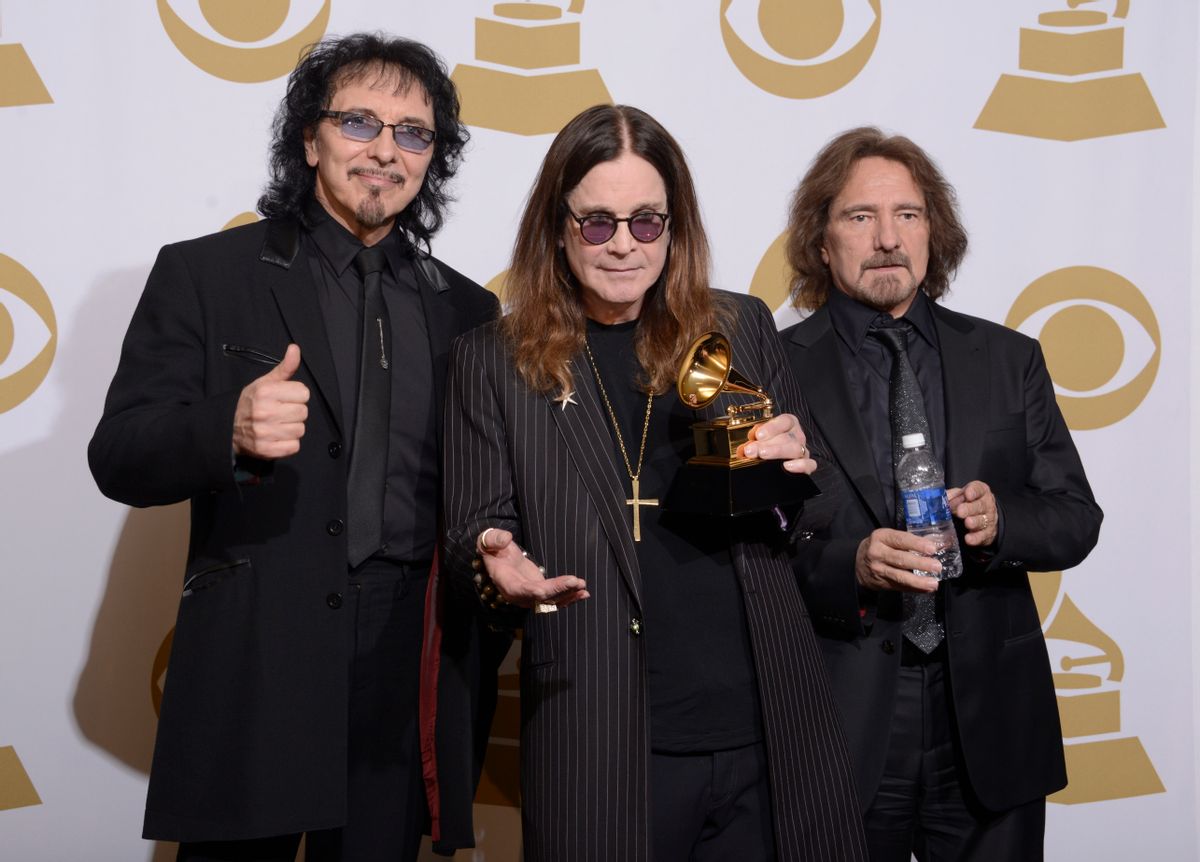 “Pure e-vil!” the little preacher hissed, lifting the LP cover high and slamming it against the pulpit to make his point. He’d come to warn us against the dangers of rock by revealing secret messages hidden backwards in the music, scaring our parents by exposing symbols of the Illuminati tucked away in band photos and barcodes, and showing slides of Nikki Sixx and Tommy Lee surrounded by scantily clad women with long tan legs and raven eyes.

With a flick of his wrist the slide advanced. Four poor-looking sad sacks stood solemnly outside the gates of a cathedral. Their hair was long and straggly. Three of them had giant mustaches. To me, they looked just like the dudes who played Jesus’s crew in the Easter play.

“God,” the preacher spat, shaking his head with disgust, “help us all….”

Later, I found the Sabbath records in my uncle’s stash. The one the preacher banged against the pulpit was there so I listened to it while staring at the cover. The music sounded like the cover looked – purple and wavy and black. I flipped the cover over and found lyrics urging the listener to consider Christ and the state of one’s soul and how the love of God is the only thing that can save us from sin and hate.

How could the little preacher be so wrong?

By the time I reached junior high, Sabbath had captivated me musically, philosophically and theologically as well. I was already a drummer with a fair grip on jazz but I swapped a set of golf clubs for a beat-up SG bass and set out learning Sabbath standards such as “Supernaut” and “Children of the Sea” while studying Bible passages from Job, Psalms and Revelation. Somehow, it all seemed to fit: Tony, Ozzy, Geezer and Bill were like horsemen of the apocalypse, modern day apostles, voices crying out in the wilderness, prophets and madmen bringing an honest message about good and evil, choice and consequence, faith versus despair, free will versus destiny and the seemingly endless war between Heaven and Hell.

Did the band stray too far into substance abuse at times? Well, yeah. Did their image get convoluted and misconstrued by record labels? Sure. Do prophets and apostles have a long history of being misunderstood? Nearly always, in their time.

So I had to wonder. Could Black Sabbath secretly be . . . a Christian band?

“This is Geezah Butler calling. How are you t’day, mate?”

I’ve got Terrence “Geezer” Butler on the line, bass player for Black Sabbath, Classic Rock Living Legend, member of both the U.K. Music and Rock and Roll Hall of Fame, and one of the most influential musicians and lyricists of all time.

I’m interviewing him for Bass Guitar Magazine and, as an erstwhile kid bassist who cut his teeth on classic Sabbath, it’s an honor to talk guitars, amps and gear with one of heavy metal’s true founding fathers. But with a bit of time remaining, I’ve gotta ask Geezer about Sabbath and God.

(Thanks to BGM editor Joel McIver for allowing this excerpt.)

When I was a boy I heard a preacher claim that Black Sabbath’s music was evil. I got my uncle’s copy of Master of Reality and saw the lyrics were actually — quite Christian. Did you get any backlash over Sabbath singing a message of repentance and God being the only way to love?

No, people always like to find the “evil” in the music, so they’d quote the “pope on a rope” part, out of context as usual. People like to find negative in everything. We weren’t interested in writing songs about the “nice” things in the world, everyone else was writing about that. We wanted to inject some reality into music. I think if we’d been called White Sunday we’d have had a totally different reaction!

Some historians have called “After Forever” the first real Christian rock song. What were you thinking when you wrote those lyrics?

A lot of it was because of the situation in Northern Ireland at the time. There were a lot of religious troubles between the Protestants against the Catholics. I was brought up strictly Catholic and I guess I was naive in thinking that religion shouldn’t be fought over. I always felt that God and Jesus wanted us to love each other. It was just a bad time in Northern Ireland, setting bombs off in England and such. We all believed in Jesus — and yet people were killing each other over it. To me it was just ridiculous. I thought that if God could see us killing each other in his name, he’d be disgusted.

But you were a religious lad who collected crucifixes and became something of a Bible scholar. What was the reaction from your bandmates to the song?

They rather liked it. We were all brought up Christian. We all believe in God.

I was raised Catholic too. Was “N.I.B.” influenced by the scripture that speaks of Satan falling like lightning from Heaven?

No, just a humorous take on Satan falling in love!

The sound, the lyrics, the imagery – what was/is Black Sabbath about?

We are whatever you want us to be.

So in a manner of speaking — could Black Sabbath be some sort of secretly gospel band?

Yes. The gospel according to Ozzy, Tony, Bill and Geezer….

On newer songs like “End of the Beginning” and “God is Dead?” it sounds like you’re still struggling with the state of this world.

Many of our lyrics can still be applied to the state of the world today. So obviously the struggle continues.

You always come off as humble about your role. Why do think you’re considered such an innovator?

I don’t know! Kind of a hard question to answer, really. I think it’s because we always stuck to what we believed in. We were turned down by six record companies before we got a deal. But we stuck to what we wanted to play and refused to change. I think the honesty comes over in our music.

Sabbath is set for a new LP and tour in 2016 – how do you keep yourself healthy these days?

… or do any kind of drugs. I don’t exercise a lot but I um, do walk the dogs and such.

Sabbath has experienced so many ups and downs –do you have any regrets?

No, life always has ups and downs. I’m thankful I was able to have a life, as I think all life is miraculous and sacred.

How do you want to finish out?

I would love one final Sabbath tour, a final farewell.

Thanks for everything, brother. You guys have given us so much. God bless.

Well, you too, Jamie. Thank you.