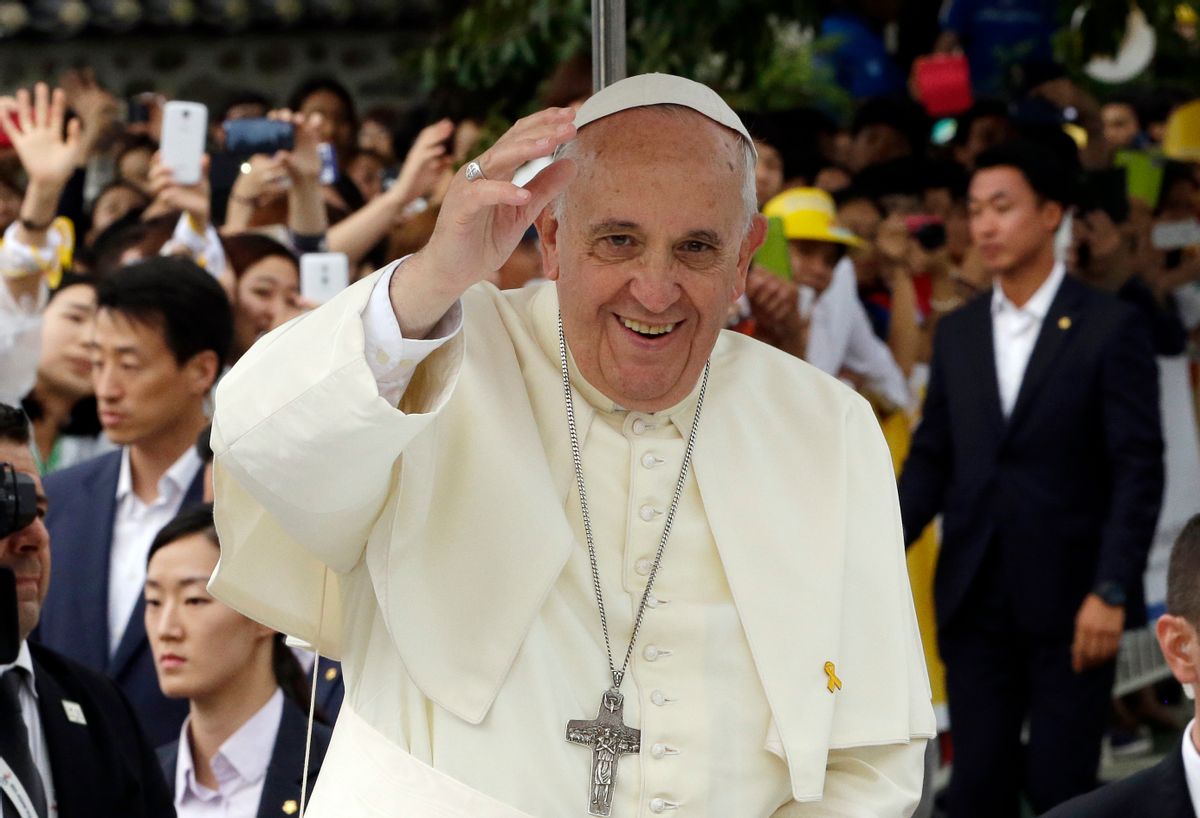 "The violence that exists in the human heart, wounded by sin, is also manifest in the symptoms of illness that we see in the Earth, the water, the air and in living things." So reads a draft of Pope Francis' forthcoming encyclical on the environment and climate change, a major religious document that's slated to be formally released Thursday -- though anyone who's seen the epic trailer is probably going to have a hard time waiting until then.

The document, which was leaked Monday morning by the Italian magazine L'Espresso, is available only in Italian (for this article, I relied on my own understanding of the language, Google Translate and the translations provided by other news sources), and a Vatican official, who denounced its release as a "heinous act," warned that it's not the final version.

But this early draft is about as damning as climate activists could have hoped for (and climate deniers could have feared), combining the science of climate change with a moral imperative to act. It acknowledges that human activity is the main cause of global warming, and that fossil fuels -- coal, oil and even natural gas -- are evil, their use permissible only as a temporary solution while the world transitions to a renewable energy economy." It addresses "the dramatic consequences of environmental degradation in the lives of the poorest of the world," and calls on wealthy nations to recognize their disproportionate contribute to climate change while working to reduce greenhouse gas emissions and resource depletion.

"If the current trend continues," it warns, "this century could be witness to unheard of climate change and unprecedented destruction of ecosystems, with serious consequences for all of us."

In one uncharacteristic section, the encyclical makes a specific policy directive: it rejects the use of carbon credits, arguing instead for the direct reduction of emissions. More generally, in the lead-up to the global climate talks taking place at the end of this year in Paris, it calls for stronger and more effectively organized international institutions with the power to sanction nations that do not comply with mitigation efforts.

An encyclical, as Charles Reid Jr., an expert on Catholicism and canon law, recently explained to Salon, "is the highest form of papal teaching. It is solemn, it is expected that Catholics should take it very seriously: They’re obliged to read it carefully, and to follow it." In the draft, Pope Francis expresses hope that his message will be heard even more widely. “Faced with the global deterioration of the environment, I want to address every person who inhabits this planet,” it reads. “In this encyclical, I especially propose to enter into discussion with everyone regarding our common home.”