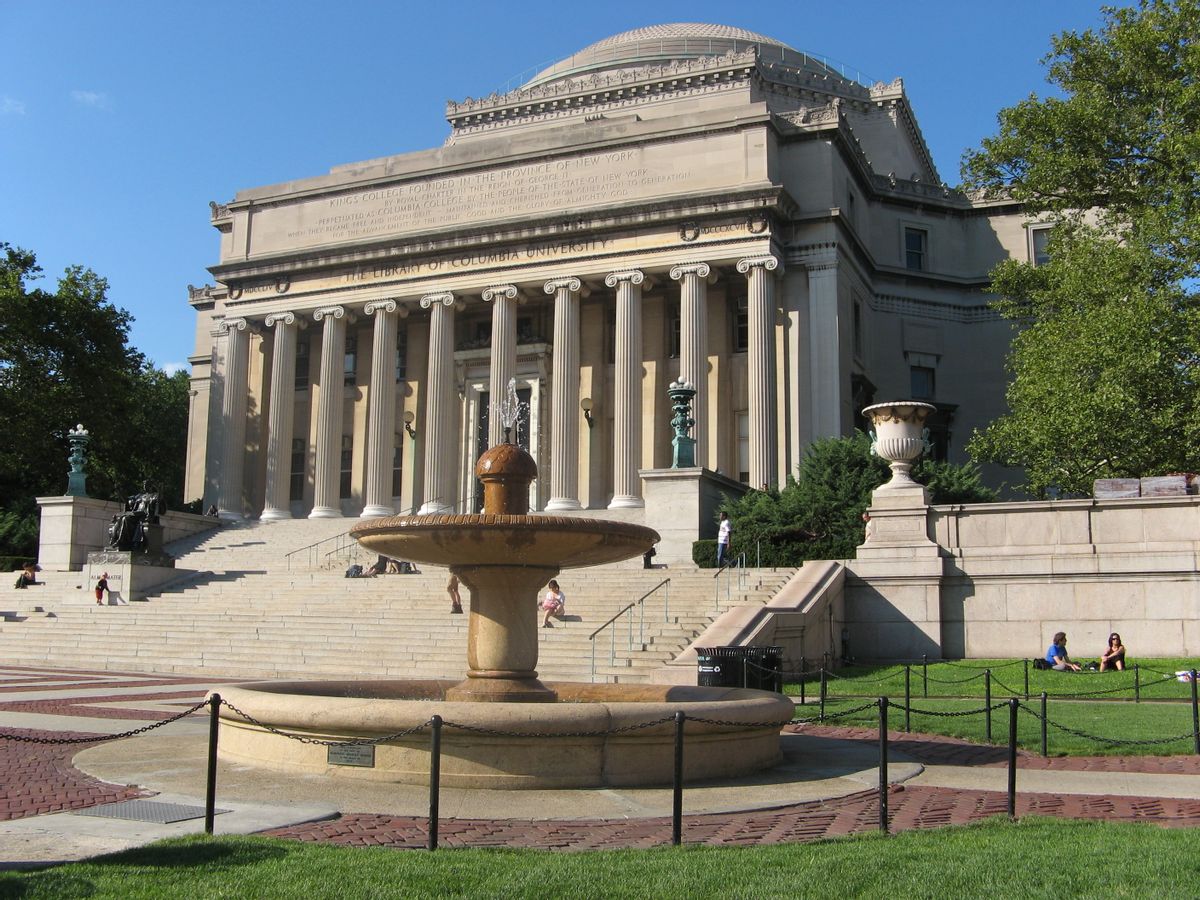 Emma Sulkowicz was but one of nearly two dozen women to file a federal complaint against Columbia University for its alleged mishandling of sexual assault investigations. While her year-long performance art piece, "Carry That Weight," turned Sulkowicz alone into an activist icon practically overnight, one thing has always been clear: Her case is not the only case.

It should follow, then, that Sulkowicz's story is not the only story -- but, in a way, that doesn't seem to be true. According to a damning report released by the Huffington Post on Monday, accounts of bungled investigations appear to be the norm among Columbia sexual assault survivors, several of whom claim the university disregarded federal guidelines in its handling of their cases. Multiple students who filed sexual assault complaints say Columbia officials violated both Title IX regulations for the length of investigations as well as the school's own policy, and that the university failed to investigate reports adequately, sensitively, or productively.

Although Title IX advises that all sexual assault complaints be investigated and fully resolved within 60 days of the initial report, HuffPost spoke with three students who say Columbia dragged out their proceedings for several months, which is corroborated in emails and university documents. But extending the process for months at a time seems to be just one of the many ways Columbia has fumbled through assault investigations.

The school also requires complete confidentiality from all parties involved in complaint proceedings, and sets a bizarre standard for avoiding "retaliation" that could put survivors at risk without doing much to protect the rights of the accused:

After a student files a sexual assault complaint at Columbia, the university requires the accuser and the accused to adhere to strict privacy rules, meaning neither students may discuss the case with other students in person, online or through third parties. Students commonly refer to this practice as "a gag order."

In real-world situations this practice leaves alleged victims in potentially vulnerable situations. For instance, both Zachary and Sarah [two students who filed complaints], over the course of their investigations, attended parties where their alleged assailants were also present. But because of the gag order, they weren't able to seek out a friend to whom they could confide about their discomfort. [...]

The accused student in Zachary's investigation said he saw comments on social media that he perceived to be harassing in nature about the case. When he complained to the university about them, the university declined to do anything about it.

In addition, Zachary said university officials warned him against potential retaliation, real or perceived. One example officials gave him, he said, was if the accused student was not invited to parties thrown by Zachary’s friends, that could be perceived as retaliation. And if Zachary was found guilty of retaliation, he could face his own misconduct charges, he said.

None of the witnesses Zachary named for his case were initially interviewed, according to emails and report details. Investigators told Zachary they closed their investigation in January 2015, but Zachary learned in March they had not spoken to any of his witnesses. After Zachary complained to the university, Columbia told Zachary in an email they would consider speaking with them "if you believe your witnesses would have something additional to provide to the investigation."

Additionally, two of the students claim the school displayed a lack of sensitivity to LGBTQ assaults; in Zachary's case, an investigator reportedly told him that discussing the events of his alleged assault by another man was uncomfortable. Of course, the school doesn't record interviews, thereby making it harder for both survivors and the accused to keep track of what is said. Students claim the process puts everyone at a disadvantage and can be exhausting and re-traumatizing -- and in a devastating message to one of the officials handling her case, Sarah expressed exactly that.

Read the rest of the investigation at HuffPost.