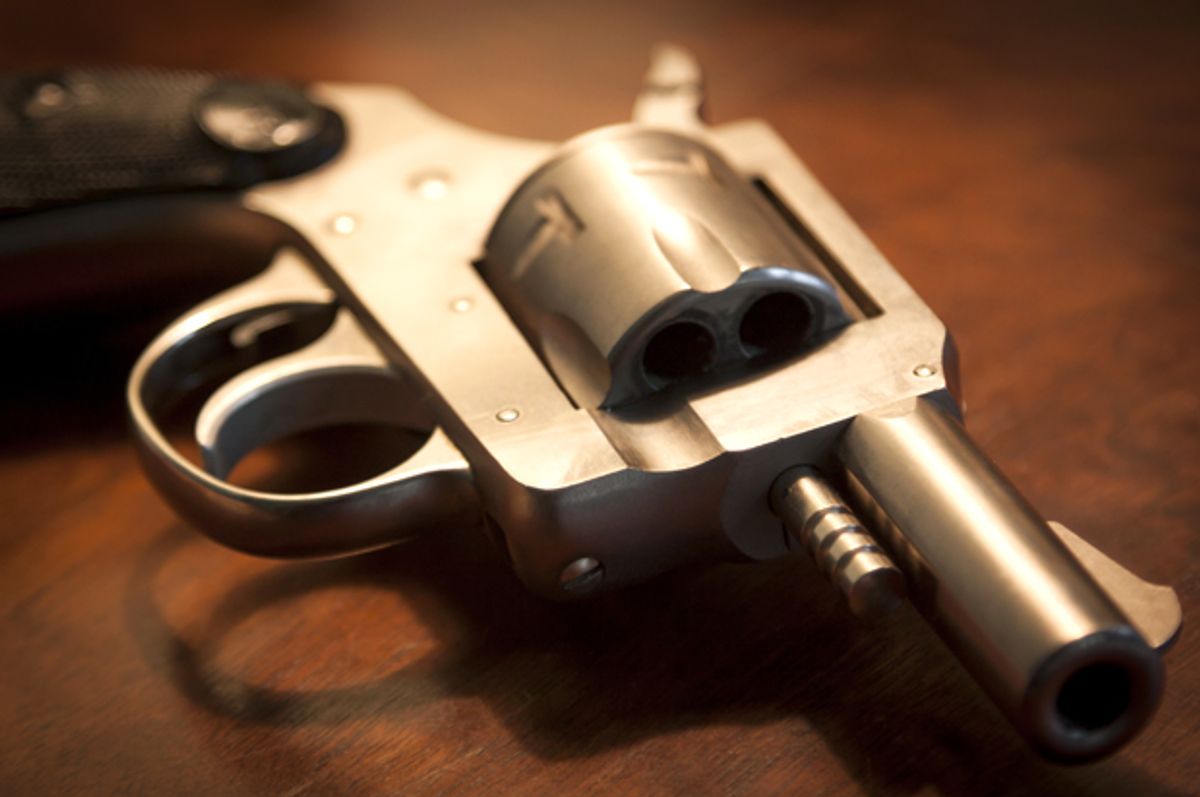 An Iowa mall security guard and open-carry advocate was arrested over the weekend for shooting and killing one of his work acquaintances after she reportedly filed a sexual harassment complaint against him.

Former Coral Ridge Mall guard Alexander Kozak admitted to shooting Iowa Children's Museum employee Andrea Farrington on Friday evening, just days before the victim's 21st birthday. Authorities have maintained only that Kozak and Farrington "both worked at the Coral Ridge Mall and knew each other through the Coral Ridge Mall," however the Iowa City Press-Citizen reports that the victim had complained to family members about Kozak's "disturbing behavior toward her" in the six weeks prior to her murder. According to Farrington's cousin, Savanna Dayton, the shooter would "stare at [Farrington] while she was working, leave notes on her car and 'just be scary and weird.'"

"She was scared that he knew so much about her," Dayton told the Press-Citizen, claiming Farrington "was afraid Kozak would physically harm her -- even kill her."

Kozak, who began working at the mall in 2014, was reportedly fired from his job just before the shooting. According to criminal reports, he left work on Friday evening, drove to his apartment and retrieved a 9mm Glock handgun before returning to the mall and shooting Farrington in the back three times. The shooter then fled the scene, and was later arrested after being pulled over without incident. He currently faces a count of first-degree murder and is being held on $10 million cash bail. The charge carries an automatic life sentence.

Farrington's death appears to be an unfortunate playing out of a narrative we already know to be true: "Where there are more guns, more women die." According to images from Kozak's Facebook page and from his wife Kellie's, the shooter was a staunch and outspoken supporter of Second Amendment absolutism and other right-wing causes. One post identifies Kozak as "a born free, gun toting, Constitution loving American," while another shows him carrying a sidearm on a trip to Costco. The man's father-in-law, however, claims Kozak was "responsible" with weapons.

“If circumstances were that it’d be best not to have a weapon present, he didn’t have a problem with that,” Kozak's father-in-law told The Gazette. “He didn’t brandish one around or anything.”

In addition to numerous posts showing his support for gun ownership, Kozak's Facebook also contains several photos of his other weapons, identified as his "toys." One is a knife inscribed with the phrase, "One shot, one kill."