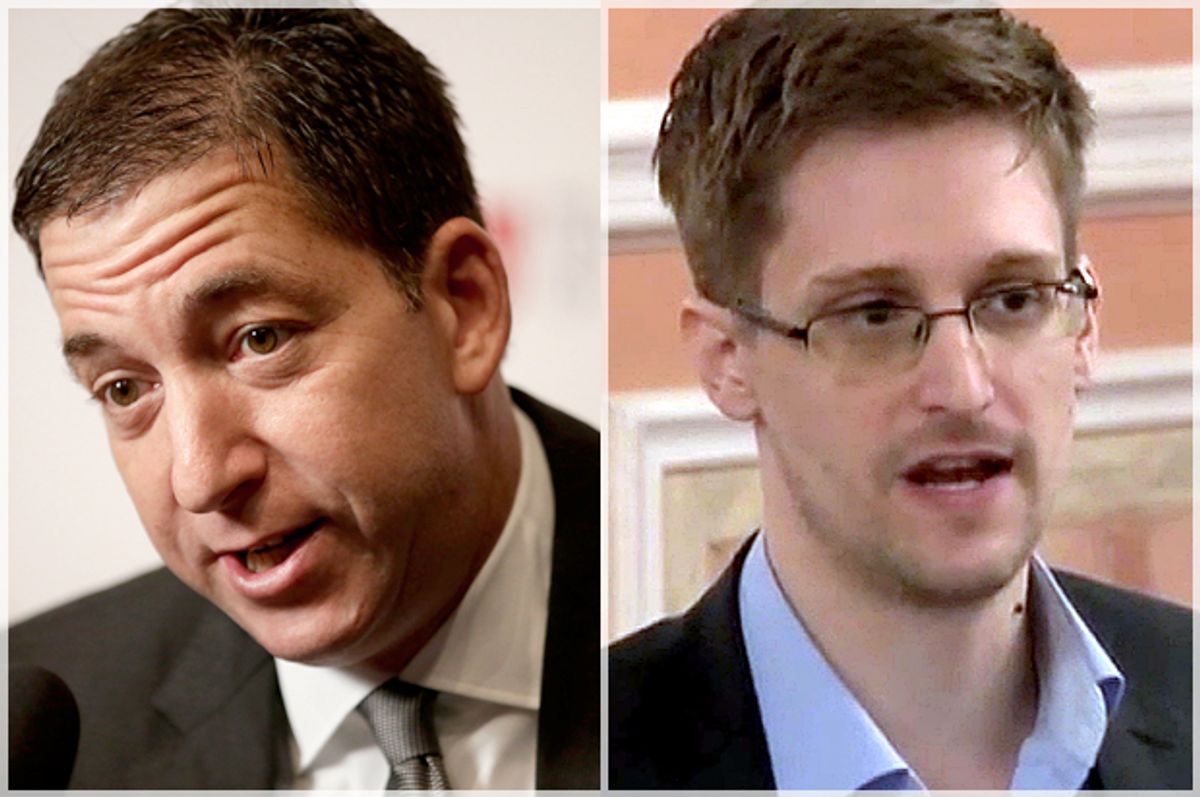 The Rupert Murdoch-owned Sunday Times of London quietly vanished key details in an otherwise baseless report that relied on anonymous sources to claim that Russia and China "have cracked the top-secret cache of files stolen by the fugitive US whistleblower Edward Snowden, forcing MI6 to pull agents out of live operations in hostile countries."

The Sun Times attacked Edward Snowden for having "betrayed British spies" and accused the former contractor of having "blood on his hands," citing anonymous government officials to claim that Snowden's revelation led to Russia and China gaining access to more than 100,000 encrypted files despite an official at Prime Minister David Cameron's office telling the Sun Times that there was "no evidence of anyone being harmed."

Glenn Greenwald of the Intercept first noted the sensationalist headline and story in the June 14 edition of the Sun Times. Citing many unnamed British government officials, the report purported that David Miranda, Greenwald's partner, “was seized at Heathrow in 2013 in possession of 58,000 ‘highly classified’ intelligence documents after visiting Snowden in Moscow”.

But as Greenwald makes clear, Miranda was never even in Moscow:

However, as Greenwald discovered, that reference to Miranda and a supposed detention were later deleted from the online version.

A spokesperson for the Sunday Times finally admitted that “there was an error in the copy regarding Miranda traveling from Moscow, which was amended in the online article as soon as it was pointed out and there will be a correction in this Sunday’s edition.”

That same erroneous bit of reporting appeared in the UK's Daily Mail last September only to be quietly removed today following the controversy surrounding the Sunday Times report.

Sunday Times reporter Tom Harper appeared on CNN to defend the report but only seemed to dig an even dipper hole, admitting that the Sun Times did not know how, exactly, the documents were reportedly breached, "we just publish what we believe to be the position of the British government at the moment.”

Greenwald slammed "propagandists," and other media outlets who he claimed had "mindlessly repeated" the Sun Times report, telling CNN that the Sunday Times report is "the kind of reporting that has single-handedly destroyed the credibility of journalism around the world."