Lessons from Ryan Adams: What Smash Mouth could learn from the one-time king of the on-stage freak-out 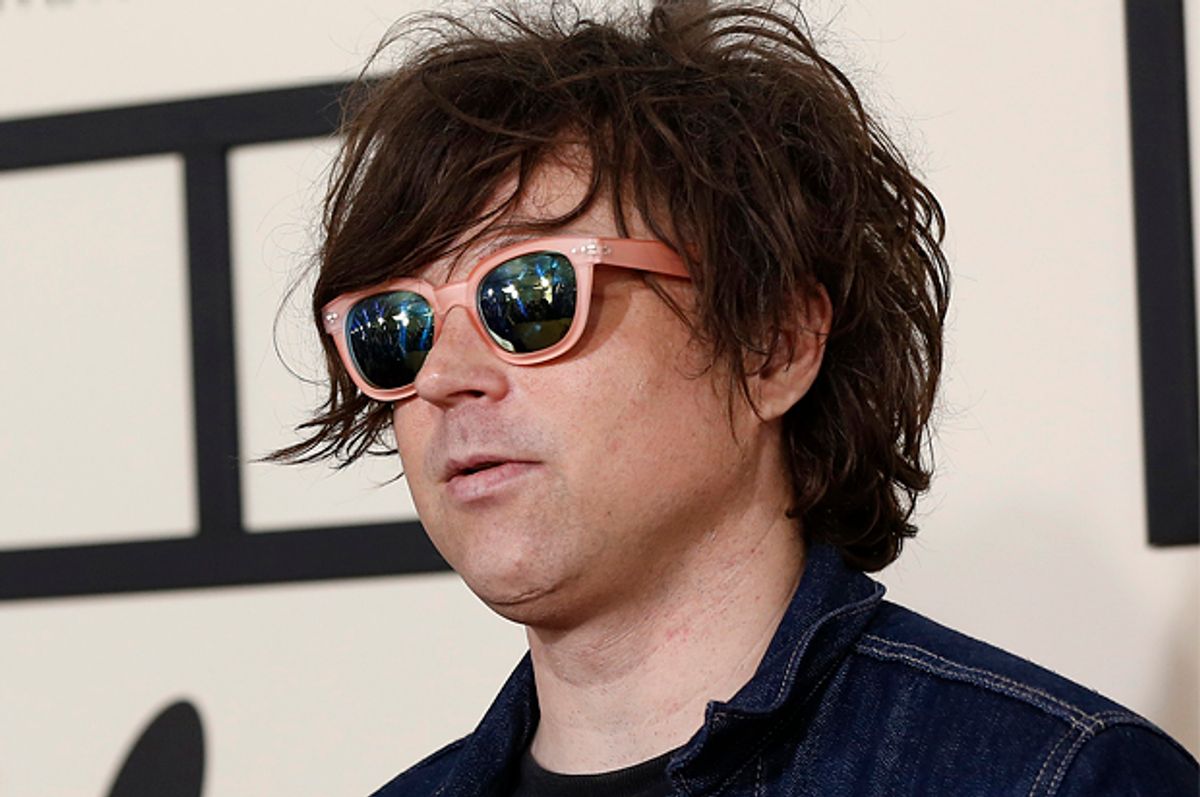 For almost 20 years now, Smash Mouth has been one of our least favorite bands. Not Nickleback, Maroon 5, Imagine Dragons bad, but getting there. And it’s not just because there are few songs since the heyday Album Oriented Radio – with its corrupt canon of Foreigner, Bad Company and overplayed Clapton songs – that we’ve had anything shoved down out throats as thoroughly as “Walkin’ On the Sun.” It may not be fair to hold it against a band when one of their songs becomes a huge hit – it’s what most bands aim for, after all. But not only does Smash Mouth release a slew of annoying originals, these guys seem intent on covering the most obvious songs possible – “I’m a Believer,” “Why Can’t We Be Friends,” “Don’t You (Forget About Me)”? All decent numbers we know plenty well enough, and that these San Jose bros did nothing to improve as they served them up to a fratboy audience.

Maybe they’re not in Korn territory and more like Third Eye Blind. In any case, our regard for them just took a further dive after lead singer Steve Harwell – who in the past has poured beers on his audience at concerts – threatened members of the crowd at a show on Sunday in Colorado, at the Taste of Fort Collins music and food festival.

“You throw one more piece of sh-t on-f-ckin’-stage, I’m gonna come find your ass,” Harwell shouted as fans not interested in hearing the fake funk of “All Star” one more time pelted him with bread. “I’m gonna beat your ass… I will tell you right now I will beat the f-ck out of you.”

He’s not the first macho, rage-a-holic rock star to threaten and unruly audience, but Harwell actually leaped offstage and tried to chase down the offenders. “Somebody throw something at me!” he shouted as he walked through the crowd as security tried to hold him back and calm him down. “I’m gonna walk up and beat the fuckin shit out of you.” Talk about asking for it.

Well, as rock star flipouts go, this is far from not the most eloquent we’ve ever heard. And it would have been more fun if it went somewhere – instead, it just kind of dissipated as the band played a lame groove and Harwell ranted and then complained some more and then sort of stopped.

The Smash Mouth guy has absolutely nothing on Ryan Adams. The now-sober alt-country maverick has had his ups and downs, but at his best he is among the finest songwriters and performers alive. And he has made a kind of art out of the onstage flipout.

When crowds used to clamor for Bryan Adams’s “Summer of 69,” he would flip out (though he has recently made his peace with the Canadian rocker's hit). When critics gave him bad reviews, he has, in the past, flipped out, as he did here on an answering machine message to writer Jim DeRogatis.

When people talk flash photographs, he still flips out. At a show at the Tower Theater in Philadelphia, when a woman started shooting him while he sang his early ballad “Oh My Sweet Carolina,” he reminded folks of his rare inner-ear disorder. “Please, just stop!” he announced “I get so dizzy I want to throw up, I can barely stand up straight… Seriously, how many songs do you need to wreck? Hi, my name is Ryan and I have Ménière’s Disease. If you flash me with your camera, it feels like you took a lightsaber and you sliced my brain in half. Just stop it!” That doesn’t sound like much fun, but Ryan handled in a way that kept the crowd on his side and made the rest of us laugh gently in sympathy.

Back to Colorado last weekend. We’re pretty certain it’s not much fun to have bread thrown at you while you’re playing music, even if you’re playing tired, derivative crap. But we expect it will happen again to the guys in Smash Mouth. When it does, we hope they’ll brush up with Adams on the most artful way to vanquish an unruly crowd. At this point, they’ve got a long way to go.