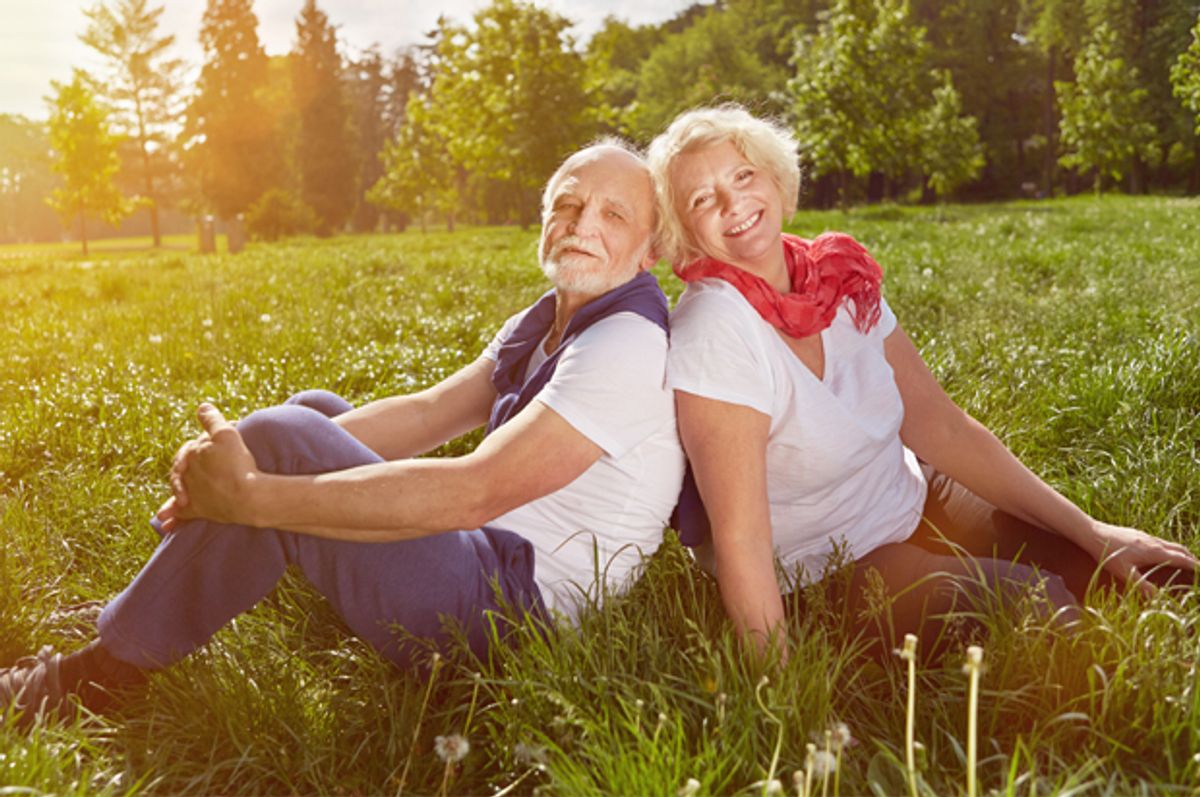 It’s no secret that the American middle class has been on the ropes for a while now. The problem isn’t just a crippling recession and an economic “recovery” that has mostly gone to the richest one percent, but the larger shifting of wealth from the middle to the very top that’s taken place since the late ‘70s. Add in things like the dismantling of unions that has accelerated apace since Ronald Reagan crushed the air-traffic controllers, and we’ve seen the middle class more solid in places like Canada, Germany, and Scandinavia, and begin to grow in a number of nations even while it shrinks here. Economists like Thomas Piketty thinks the process is inevitable with global capitalism, while others – the equally wise Joseph Stiglitz, for example – think the balance can be restored if we can find the political will.

It turns out that those concerned about a tattered middle class are right about most of it, but overlooking one thing: Boomers – or rather, a particular strain of Boomer and near-Boomer – are doing great. That is, if you were born in the ‘40s, you are going to be the last American generation to enjoy a robust safety net, and your gray years will be far more comfortable than those a decade older or younger.

Here’s a New York Times story, which looks at “the 25 million Americans now between the ages of 65 and 74”:

Supported by income from Social Security, pensions and investments, as well as an increasing number of paychecks from delaying retirement, older people not only weathered the economic downturn that began in 2007 but made significant gains, a New York Times analysis of government data has found.

And despite our generally ornery Xer jingoism, we’re going to concede something here.  We’ve noticed that our friends who we could call “young Boomers” – born in the late ‘50s and early ’60s – are often far less privileged and spoiled than those born in the years right after World War II. This younger group grew up or came of ago, after all, in the ‘70s and ‘80s, as the postwar boom was fading, colleges were becoming expensive, and the Reagan Revolution was pulling the rug out from under the middle class.

And it turns out that those young Boomers are indeed a kind of transition generation. It’s the group now retiring that will take most of the spoils of the U.S. postwar boom and leave the rest of us with scraps:

In the past, the elderly were usually poorer than other age groups. Now, they are the last generation to widely enjoy a traditional pension, and are prime beneficiaries of a government safety net targeted at older Americans. They also have profited from the long rise in real estate prices that preceded the recession. As a result, more seniors now fall into the middle class — defined in this case between the 40th and 80th income percentile — than ever before.

If you wonder why you are working so hard to get a job, please note that a lot of these guys are sitting on theirs or at least working part-time. (It reminds us of the Onion story: “Parents With More Vacation Time, Financial Resources Want To Know When Son Will Come Home For A Visit.”)

The Times piece shows how a variety of Americans in that sub-generation is faring. Some are struggling, like the rest of us. But between the fancy cruises and fat pensions and gated communities and golf courses and vintage ‘57s Chevys, it’s not a world that younger Americans have any reason to expect. In fact, it sounds like something from a museum of postwar affluence.

So part of us is glad the American middle class will go out with a boom, so to speak. We don’t begrudge these people – our teachers and professors, our older friends, our parents and other relatives – comfort in their gray years. The way Americans, in the days before social security and other protections, lost their footings in old age was simply inhumane. But why couldn’t the prosperity be spread so that those born in the ‘50s, ‘60s, and after can enjoy the same stability and wealth?

Well, this is a complicated one, and we’ll nod to the usual suspects: Globalization, technology, and the depletion of natural resources (especially energy) meant that the postwar boom would not last forever.

But you know what else the original Boomers brought us? Despite their dabbling with progressivism and hippie utopianism, this group served as the shock troops for market-worshipping neoliberalism and the Reagan-Thatcher shift in the ‘70s and ‘80s. They gave us junk bonds and the privatization push and Gordon Gekko. Some of them went into the corporate world and started dismantling.

Let’s hope they enjoy their retirements. But these gray Boomers and grayer Silents – not all of them, but enough to do substantial damage – put forces in motion that mean for the rest of us, the twilight years will be significantly less cozy.