Behind the Rachel Dolezal spectacle: Her parents, her siblings, and allegations of abuse that "divided the family"

One of her brothers faces sex abuse charges -- was that a motivation for her parents going public? 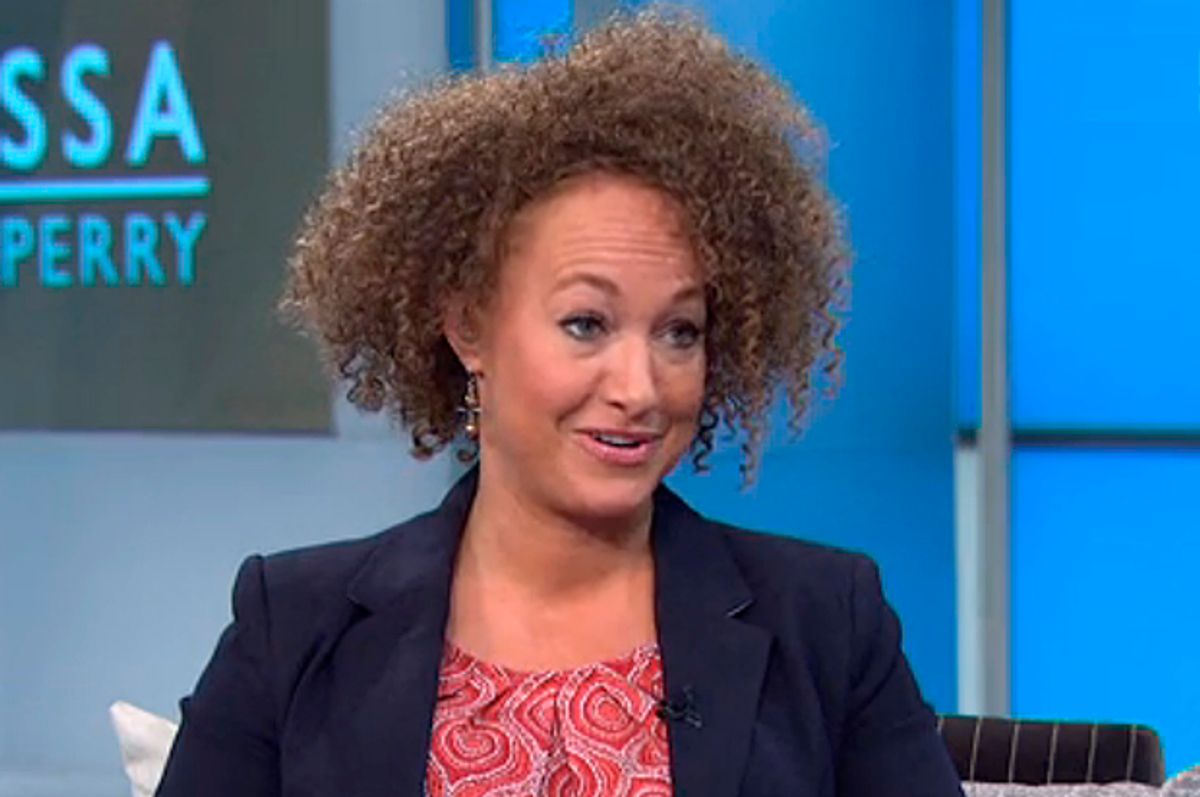 In her interviews Tuesday with "Today" and Melissa Harris Perry, at least one aspect of the increasingly confusing Rachel Dolezal narrative came sharply in focus. Her family is a huge motivator for how she's transformed herself. There's the family she's tried to distance herself from — her white parents, Ruthanne and Lawrence Dolezal. There are her kids — her adopted brother, Izaiah, who she assumed custody of a few years back, and her son Franklin. They are the young men of whom she says she felt, "I certainly can’t be seen as white and be Izaiah’s mom." And though she's not talking about him yet, somewhere in there is the story of her biological brother Joshua.

Joshua Dolezal, who, anecdotally, looks like a white person, is currently facing four counts of child sexual assault in Colorado stemming from accusations that he sexually abused a black female child. The Daily News first reported that the accuser, who was around 6 or 7 years old in in 2001 or 2002 — the time of the alleged abuse — contacted the Clear Creek County Sheriff in 2013. The now 39 year-old Joshua was arrested last year. The accuser reportedly claimed that she "wanted to report the incident now because Joshua Dolezal has a one year-old daughter and [redacted] does not want the daughter to be victimized," and that he had "victimized" Rachel as well. The accusations involve multiple incidents of sexual abuse, as well as a threat to "Don’t tell anyone or I’ll hurt you." The affidavit also includes mention of a 1991 incident with another person. And People reports that the child told Ruthanne Dolezal but she "did not believe [victim] and told [victim] to stop telling lies."

The Daily News reports that Rachel "has been assisting a victim who has accused Dolezal's biological older brother of child molestation in Colorado, sources confirmed." And in a 2014 interview, she said that "I still get emotional when I think about how my sister and I were both … sexually assaulted from a family member [and] how she experienced worse abuse than me…. My younger sister started scratching and cutting herself from this experience, and they sent her away at age 13. She was in a home for abused and neglected children till she turned 18."

(She does, however, appear to have kept in touch with Joshua, based on a 2012 blog post featuring a worked called "Triptych" that includes "collaborative poetry by published writer, Dr. Josh Dolezal.")

Rachel has not spoken directly about the accusations against Joshua, but in a conversation with the Spokesman Review last week, she called her parents' public revelations about her race "little more than an ugly byproduct of contentious litigation between other family members over allegations of past abuse that has divided the family." She’s particularly suspicious of the timing, noting that the allegations broke on her son’s birthday and come as the Colorado lawsuit filed by her sister against their brother nears a key juncture."

On Monday, the Dolezal parents told Fox News that "The allegations are totally false and malicious. They’re fabricated." And Ruthanne tells People that the girl has "reactive attachment disorder" and now "seeks to cause trouble in the family." She continues, "The aligning with Rachel on this is a very bad combination. Our son wasn't even home a lot of the time it was alleged it was happening, and I was a stay-at-home mother and very attentive to the kids because of her disorder. I never left her at home with our son or anything like that."

As more information continues to emerge, Rachel Dolezal's relationship with the truth becomes more and more questionable by the hour. It doesn't mean there isn't truth in parts of her story, though; which is unfortunate for those elements that are. In her 2014 interview with the Easterner, she spoke of her birth family and her "abusive marriage" -- and of leaving it all behind. "We started over, and really let go of the past and built the life that we wanted to have." Until last week, when the past found her again.