California is screwing its citizens: How the state broke the law — and left distressed homeowners to drown

The state plundered a fund meant for distressed homeowners, and despite a court order it won't give it back 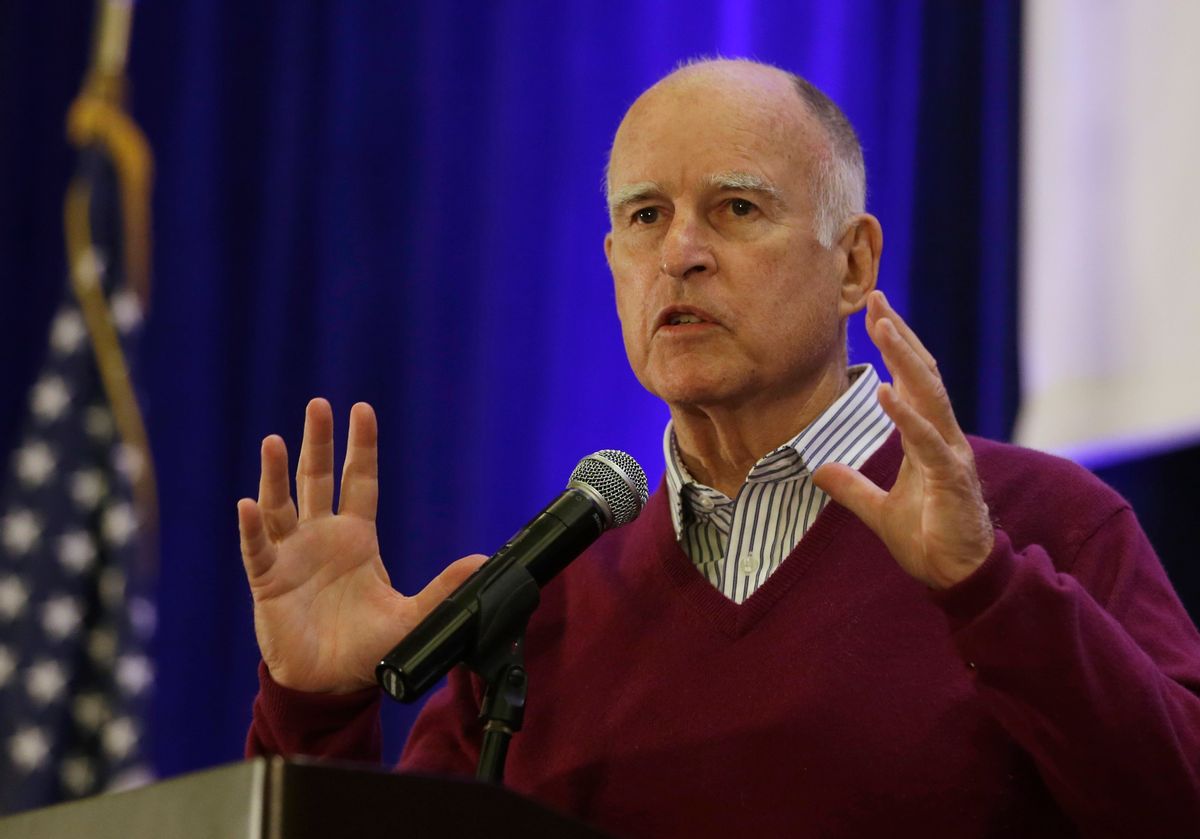 One of the biggest injustices of the foreclosure fraud scandal and the inadequate settlement that resulted concerned a $2.5 billion cash penalty given by the banks to the states. Intended to go to the victims of illegal foreclosure operations, over half of the money was basically robbed by legislatures and governors, rerouted into their General Funds to plug budget holes. Homeowners suffered a double blow – first in their abuse by mortgage companies through illegal foreclosures, then in the virtual theft of the compensation for those crimes.

But a Superior Court judge in California ruled late last Friday that the raid on settlement funds in the nation’s largest state was illegal. Gov. Jerry Brown and the Legislature must pay back $331 million to the fund, so it can go to struggling homeowners instead of papering over budget gaps. For those who have already lost their homes, there’s no comfort. But tens of thousands still in trouble could benefit, along with a redemption for the principle that victims should be at the center of fraud awards, not state bean-counters.

Three minority housing groups – the National Asian American Coalition, the National Hispanic Christian Leadership Conference and COR Community Development Corp., an African-American community group – filed the lawsuit in March 2014. California was awarded $410 million in the National Mortgage Settlement, under a very specific consent decree dictating how the money would be allocated. Ten percent would go to the state attorney general’s office as a civil penalty, and the rest “shall be paid and deposited into a Special Deposit Fund” for administrating and monitoring the overall settlement, supporting continuing investigations into misconduct involving mortgages, and funding homeowner relief, either through direct aid, or indirect grants to housing counselors and legal aid societies.

This was far more specific than many of the other state-level instructions about how to spend the settlement money. After a similar grab of Arizona settlement funds for the state budget, a lawsuit protesting the raid failed, because the language of the consent decree was broad enough to allow it. But California’s language was pretty airtight.

The 10 percent civil penalty left $369 million for California’s Special Deposit Fund, $19 million of which was used for monitoring the settlement and a handful of “local assistance” grants for homeowners. The other $350 million went right into the General Fund. Most of the money paid off debt service on affordable housing bonds that predated the settlement.

The housing groups argued in their case that you cannot, under California law, drain a Special Deposit Fund with no provision to pay the money back. In a 1934 case, Daugherty v. Riley, the state Supreme Court ruled that the Legislature could transfer money temporarily, but that the transfers would be “deemed a loan from the special fund, to be returned to that fund as soon as funds are available.” With California now in surplus, the groups argued in their complaint, that money must return to the fund and go to help homeowners.

In National Asian American Coalition et al. v. Brown, Judge Timothy Frawley of Sacramento Superior Court mostly agreed. Using Daugherty v. Riley, Judge Frawley ruled that the Deposit Fund had specific purposes that the Legislature and Governor Brown had to legally comply with. The judge looked at the legislature’s appropriations of money in the Deposit Fund, and whether any could possibly be construed to apply to those specific purposes in the settlement decree. He allowed for $2.8 million in appropriations to the Department of Fair Employment and Housing, and another $16.5 to the state Department of Justice for ongoing investigations. But everything else, about $331 million, was “unlawfully diverted,” the judge wrote.

Judge Frawley further declared that California “is obligated to restore/return those funds” to the Special Deposit Fund, and that they must do so as soon as there is sufficient money available. Given the large budget surplus in California, that money is available, the plaintiffs believe. But the budget approved yesterday does not account for restoring the stolen cash. Judge Frawley called on Gov. Brown and the Legislature to “take whatever steps are necessary and appropriate to meet this obligation.”

The lack of a definitive timetable for the return of the money worries the victorious parties. “Every day that the Governor and legislature wait to act is another day that Californians will lose their homes,” said Faith Bautista, president of the National Asian American Coalition, in a statement. “California homeowners have waited too long for meaningful relief. Please do not ask them to wait any longer.”

Indeed, many Californians have already missed out on the award intended for them when the National Mortgage Settlement was signed in February 2012. 108,000 properties in the state suffered foreclosure filings in 2014, well below the peak of the crisis years but still above normal. Those people could have used experienced counseling or legal assistance to save their homes, and $331 million could robustly fund those services. Tens of thousands more residents sit on the brink of failure, and for three years the state government paid no attention to how their cash grab exposed these homeowners to the nightmare of eviction.

“We are grateful for the judge’s decision,” said Neil Barofsky, former special inspector general for the TARP program, who as a partner at Jenner & Block led the legal team in this suit. Barofsky added that the plaintiffs “look forward to the Governor putting the $331 million back where it belongs so that still struggling California homeowners can get the counseling and assistance they so desperately need.”

$331 million won’t solve every problem created by the housing crisis. But it serves as a powerful, though incomplete, symbol of long-awaited accountability for this coordinated theft from ordinary Americans. It was bad enough that homeowners were swindled into bad mortgages, pushed into foreclosure, lied to about modifications and evicted with false documents. But their government piled on too, by stealing the compensation supposed to go to them. At least in California, someone blew the whistle on that last bit of abuse in that chain. Gov. Brown and the Legislature must decide whether they want to defiantly continue the robbery by ignoring their obligations, or finally do right by homeowners.