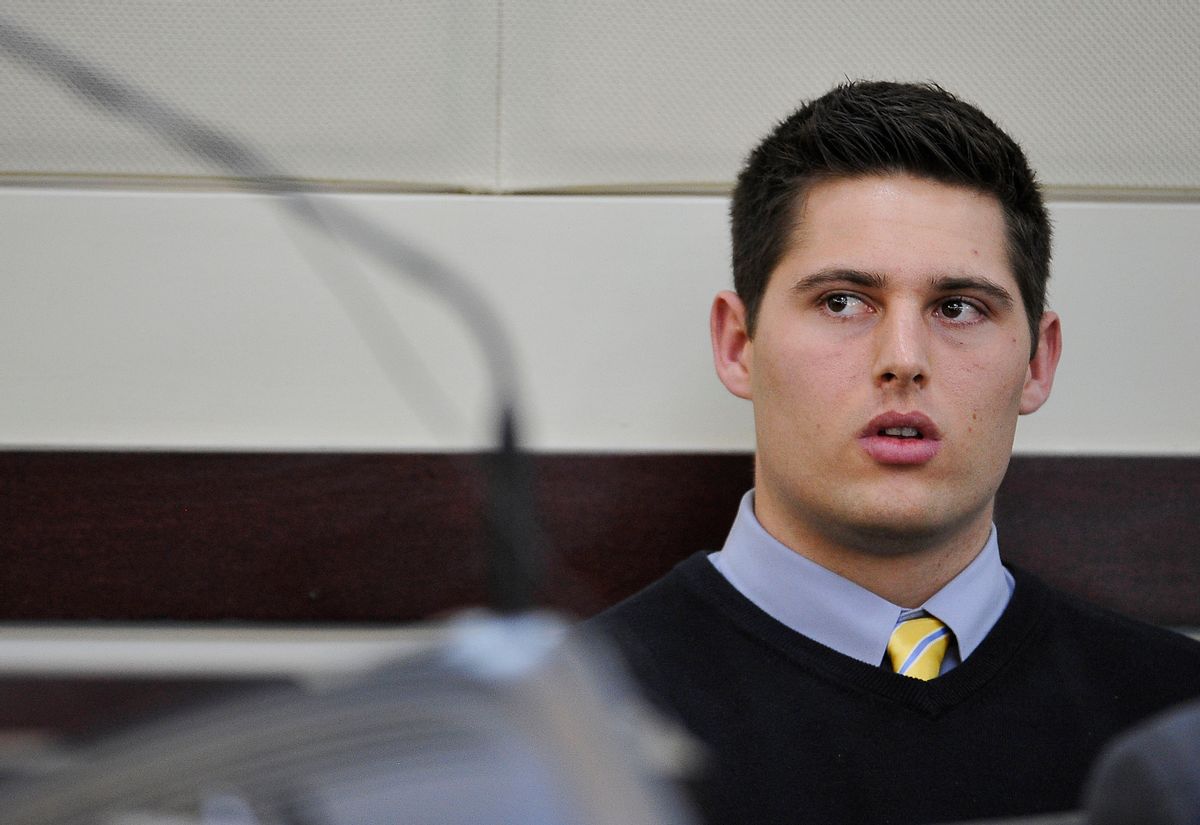 Two former Vanderbilt football players who were convicted in January of brutally raping an unconscious female student are now pushing for a mistrial, claiming the foreman of the jury failed to disclose he was a rape victim in order to be selected for the case. Attorneys for Cory Batey and Brandon Brandon Vandenburg filed a motion to set aside the verdict as the sentencing portion of the trial was set to begin on Monday.

This is not the first move the defense has attempted to have the convictions dropped: In January, shortly after the verdict came down, the ex-players' lawyers singled out the juror -- then anonymous -- as having failed to identify as a victim of sexual assault. Prosecutors, however, maintain that the juror, 31-year-old Todd Easter, does not consider himself a rape victim.

According to Batey's attorney, Worrick Robinson, Easter purposely withheld information about Swift in order to sit on the jury. During a hearing on Monday, Worrick questioned Easter about the jury selection process and which information he decided not to disclose, with the juror declaring that his own history was not at all similar to the Vanderbilt case. Via WSMV:

“There were specific questions. ‘Have you ever been the victim of rape or sexual assault? Has anyone you known been victim of unwanted sexual touching,'” said Worrick Robinson, Batey's attorney, to Easter.

The 31-year-old jury foreman, Todd Easter, maintains he was not a victim, but was in a consensual relationship with a neighbor named Matthew Swift in 2000. Swift was several years older than Easter. The relationship ultimately ended when Easter told his parents. Easter claims his statutory rape case was something his parents pursued and that he was against it. He said he never thought about it during the trial.

“You knew if you told them you had been a rape victim you wouldn't have been on this jury?” an attorney asked Easter. “It never crossed my mind,” replied Easter during Monday's hearing.

Batey and Vandenburg were convicted on four counts of aggravated rape, one count of attempted aggravated rape and two counts of aggravated sexual battery against an unconscious woman; two other men involved in the incident are still awaiting trial. Vandenburg, who did not touch the woman the night of the rape, encouraged his teammates as they violated the victim; the incident was recorded on a cell phone. Batey forced his penis, fingers and a water bottle inside the woman's body, then ended the assault by urinating on her. Should the judge rule not to declare a mistrial, both men face up to 30 years in prison.